A public African Art collection in the US that had stayed under my radar, but does have quite some gems in it, is located at the University of Michigan Museum of Art. You can explore it
here. The museum especially benefited from a large donation by Candis and Helmut Stern of mostly Congolese art in 2005. In 2014, through a $1.5 million gift, the Sterns also helped create a new curatorial position at UMMA: the Helmut and Candis Stern Associate Curator of African Art (info), now held by Laura De Becker – a fellow Belgian! De Becker is currently working on a reinstallation and doubling of the Museum’s space dedicated to African art, a project called “I Write To You About Africa” – read more about this exciting prospect here; it is scheduled to open somewhere this year. 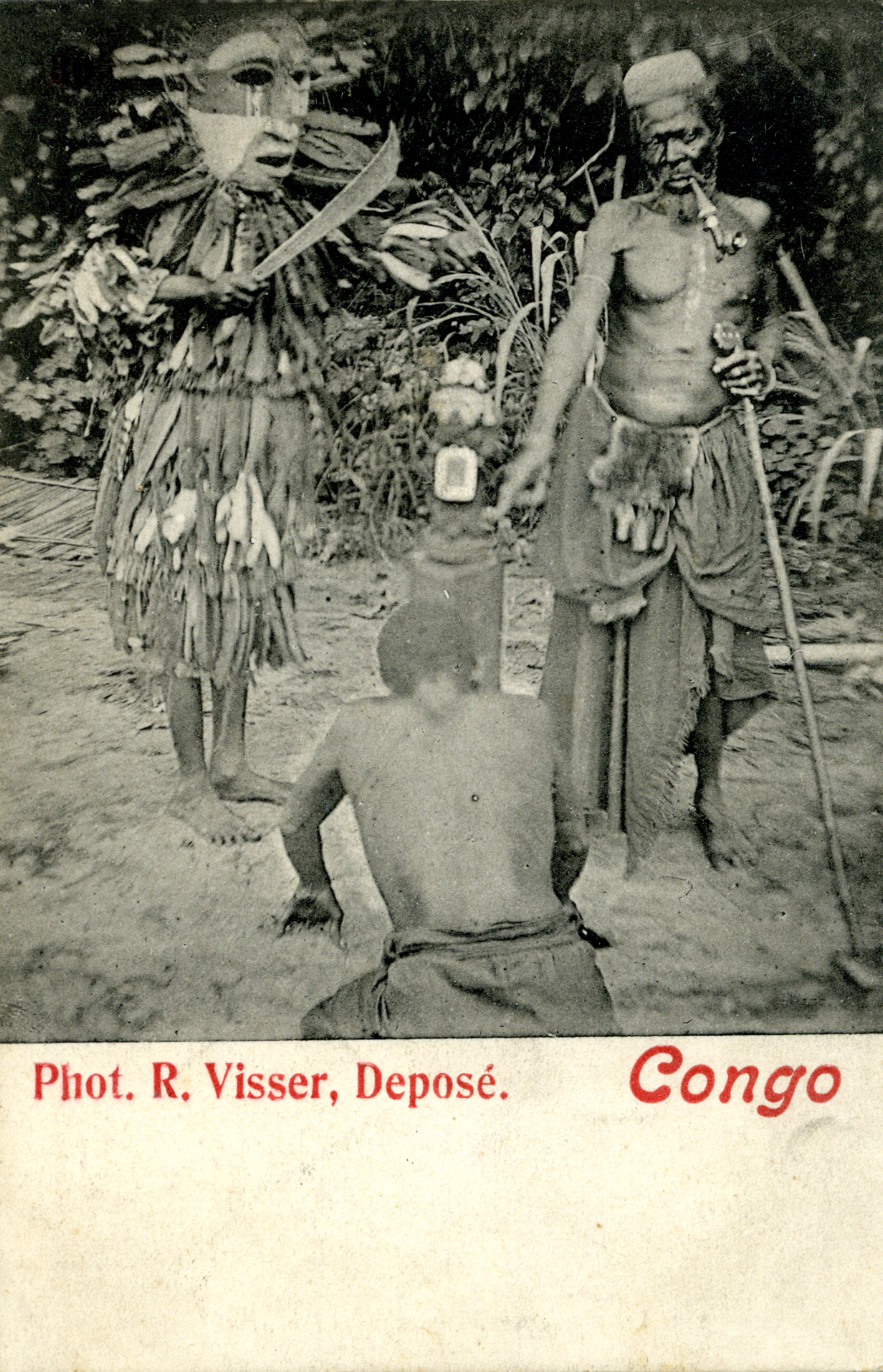 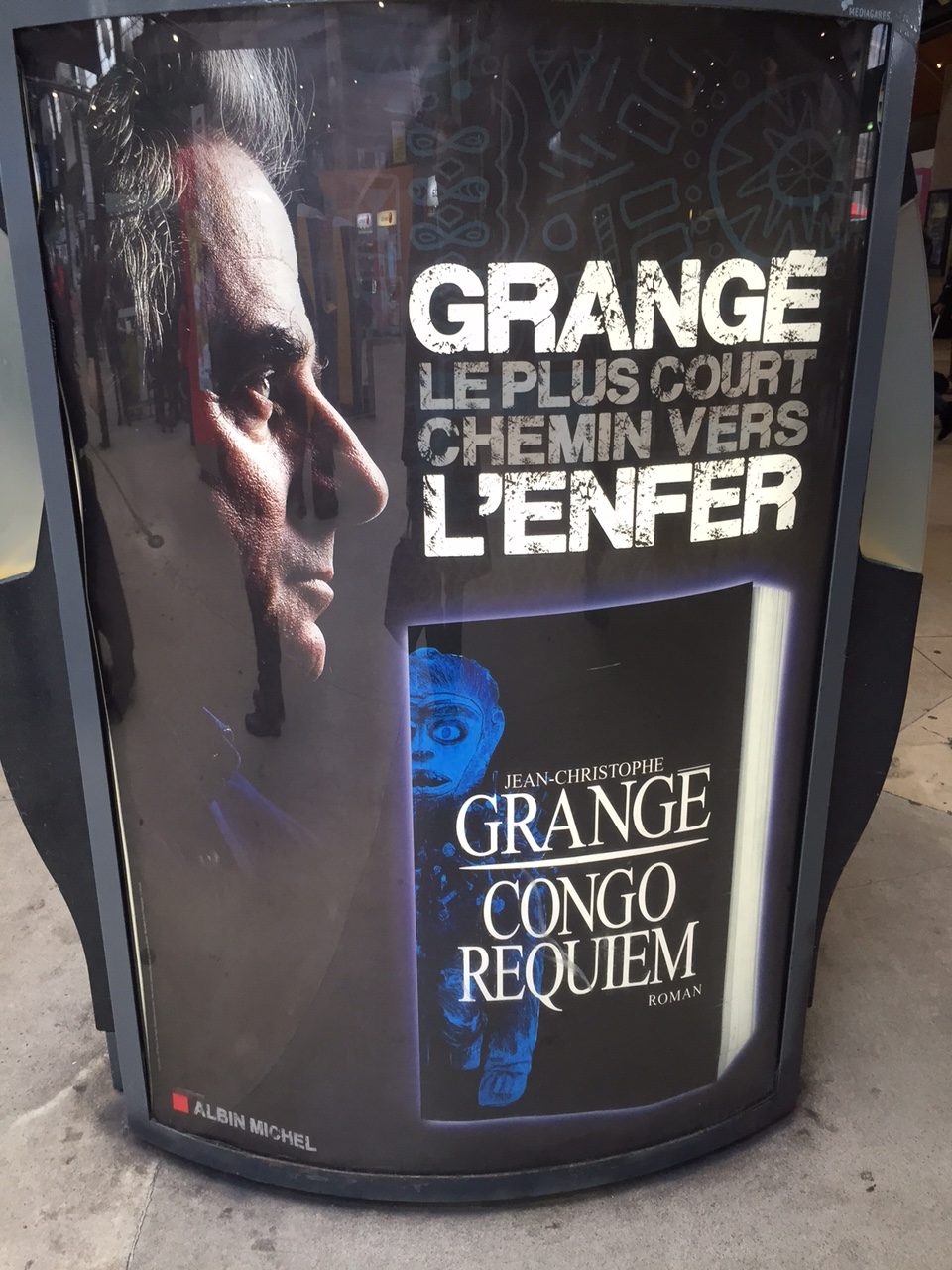 One encounters African art in the strangest places; yesterday I was leaving Paris as I ran into this advertisement for the new book of Jean-Christophe Grange in Gare du Nord. On the front cover, I spotted a famous zoomorphic figure from the Democratic Republic of Congo. This Vili monkey figure was collected before 1884 and is currently in the collection of the Rijksmuseum voor Volkenkunde (Leiden, The Netherlands) – see it in its full glory below. I haven’t read the book, but apparently the antagonist of this thriller is called l’Homme Clou (‘the nail man’).

The above Vili drum was donated to the Peabody Essex Museum by Captain William T. Julio in 1843. Julio was the captain of a vessel from Salem and active in the slave trade. Drums of this kind are rather rare. All known examples were collected during the last quarter of the nineteenth century in Loango, a region at the mouth of the Congo river (here another example which the Metropolitan acquired in 1897). There is no certainty about the use and significance of these drums. According to some authors, they were a status symbol for the ruler of the Vili, the Ma-Loango.

This drum is supported by a European man seated on a stool. Possibly this is one of the earliest documented ‘colon’-figures in wood. The man is wearing a black jacket, white pants, black boots, a black, brimmed hat and a hoop earring in his left ear. Possibly it’s a portrait of its collector, made as a souvenir. The figure holds a cup in one hand and a (gin?) bottle in the other. His reddish lower eyelids and squinted eyes do suggest he has already emptied the bottle. I wonder what this says about how the Vili (more specific the carver of this drum) regarded their European visitors ?

ps The British Museum has a very similar Vili drum in their collection – which they received from Henry Christy after his death in 1865. Christy himself had acquired it from the Haslar Hospital Museum – founded in 1827 and containing artefacts collected by men serving in the British Royal Navy. In my view this example misses the charisma of the above drum, the face being less expressionistic and more rigid in its rendering. It could be a copy or reinterpretation by another Vili carver, but that’s speculation.

In case you are still looking for some summer reading material, Seven Years among the Fjort, Being an English Trader’s Experience in the Congo District, published in 1887 by Richard Edward Dennett (freely downloadable here) might be an interesting suggestion. Dennett was an English trader who left the UK for Congo in the employment of Hatton & Cookson, who mainly imported ivory, in 1879. The above book, published in 1887, recounts the seven years he spent among the Kongo-Vili (then known as Fjort). In chapter III (pp. 46-72), he discusses nkissism and on page 66 we find one of the earliest descriptions of a nkisi nkondi. Facing page 48, we find the below photo of Feteiches and Curios. Raoul Lehuard translated the book in French as Sept ans parmi les Bavili: Les expériences d’un marchand anglais dans la région du Congo (Collection Arts d’Afrique noire, 1991). 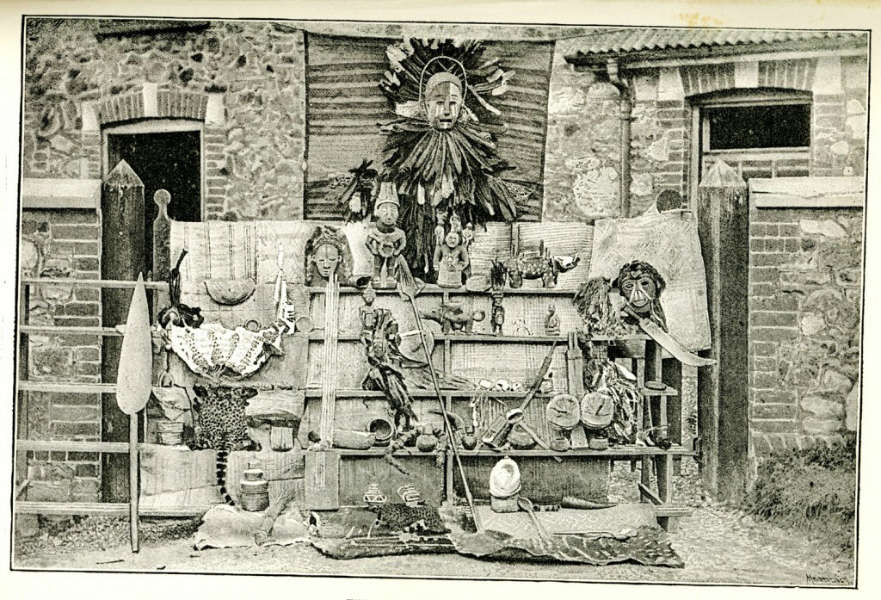 In 1889, Dennett donated over 70 objects collected by him to the Royal Albert Memorial Museum’s World Cultures collection. You can see some of them here – with such an old provenance definitely worth a look ! 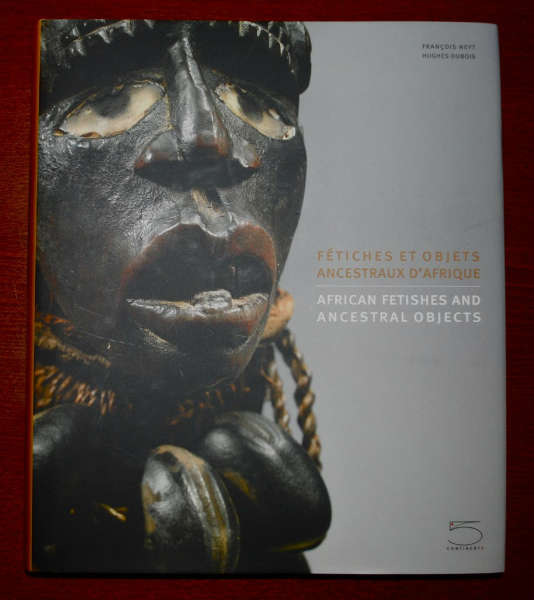 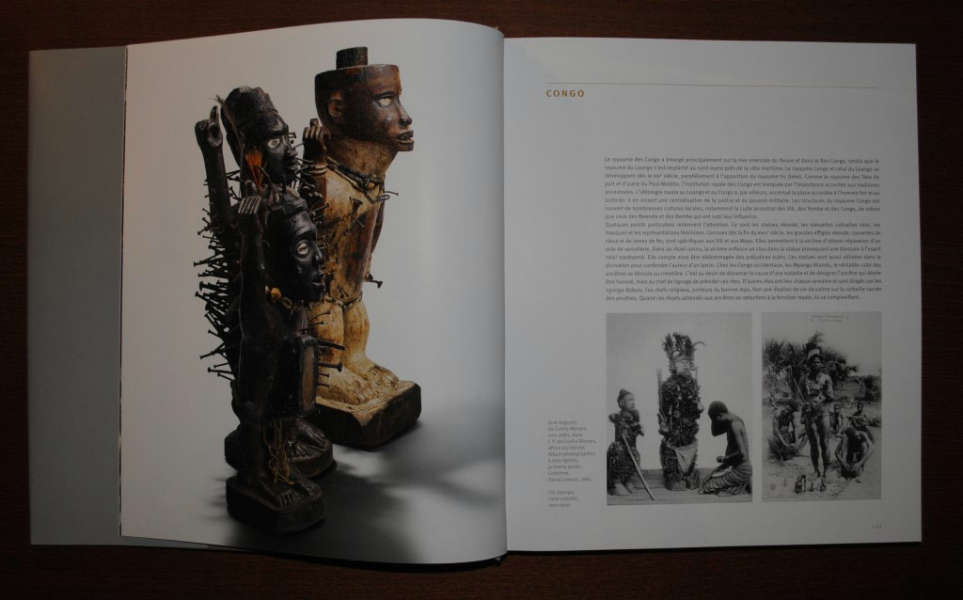 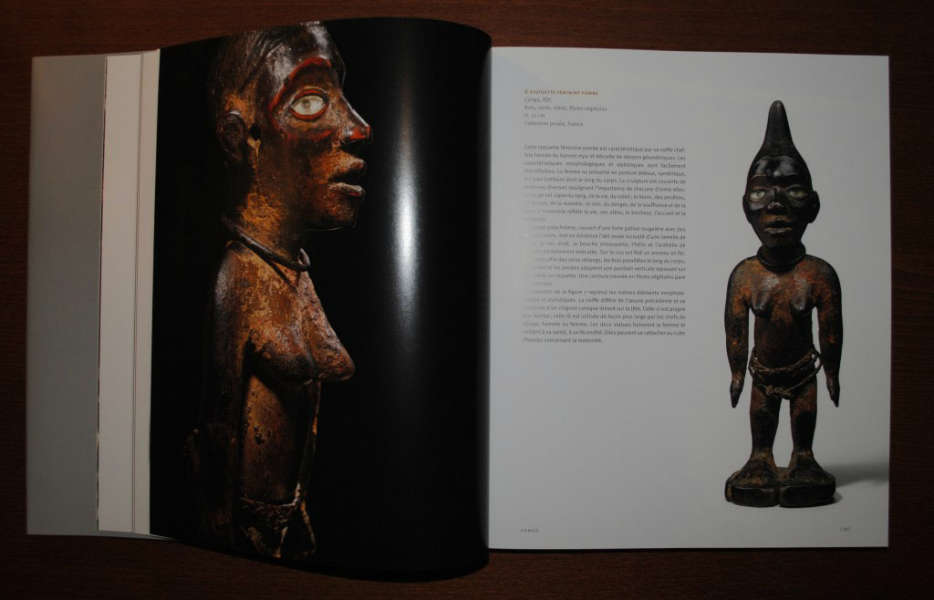 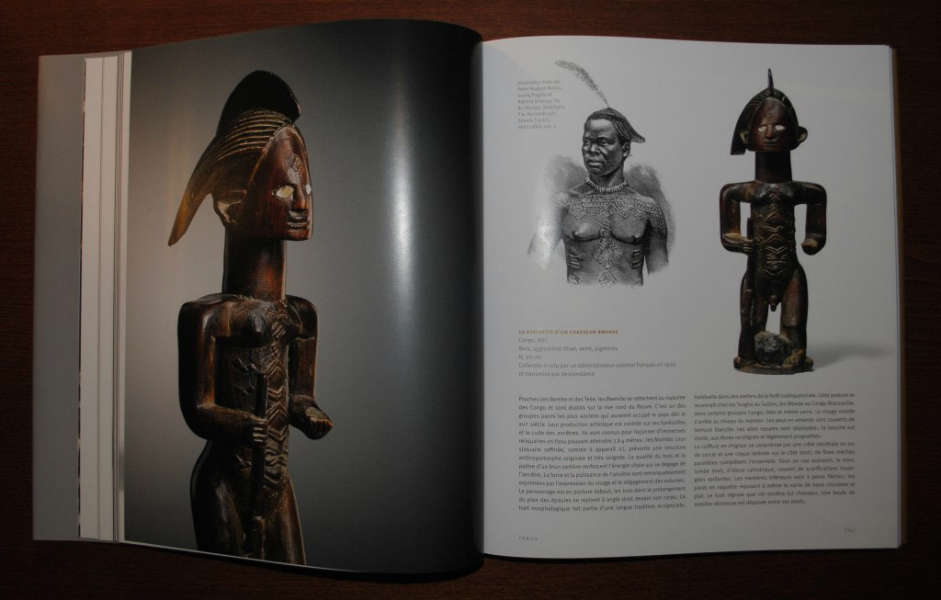 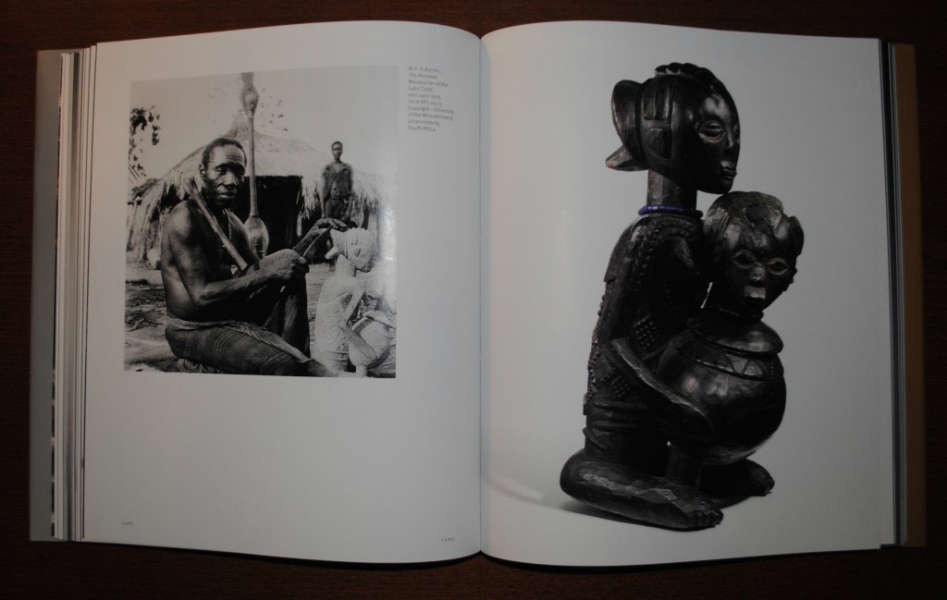