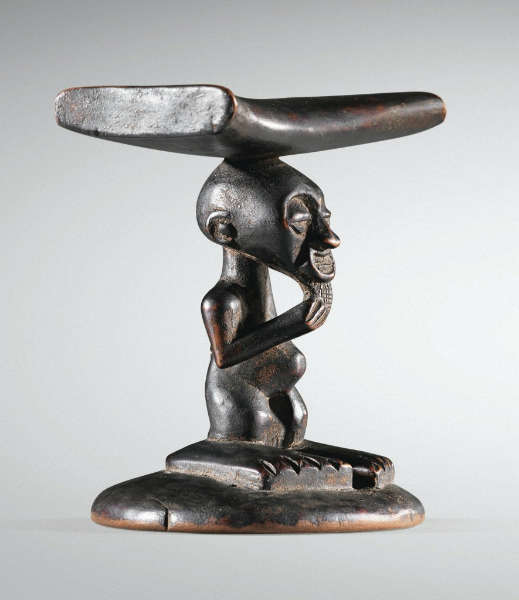 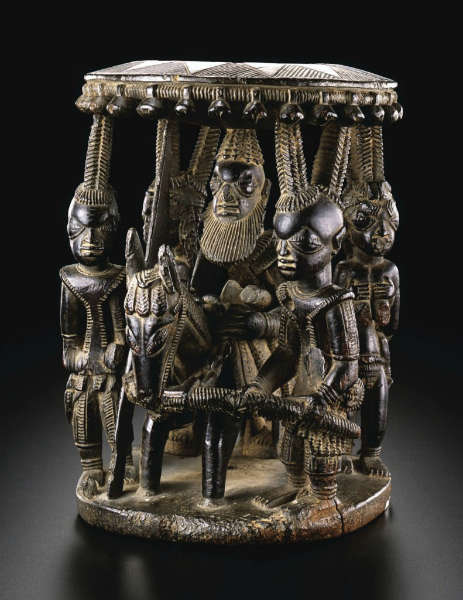 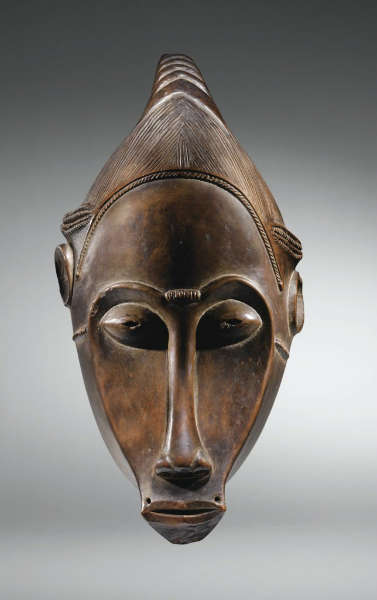 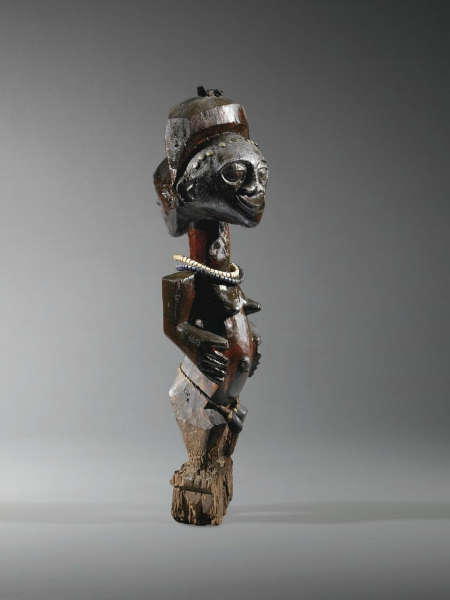 A short review of the results of the Bonhams sale of May 15th in NY. Before aftersale, about 50 % of the lots were sold. Overall results were as expected. Many of the excellent objects of daily use from the collection of Marc & Denyze Ginzberg were sold for next to nothing. The Chokwe figure on the front cover failed to sell, which shouldn’t be a suprise seen the high estimate. 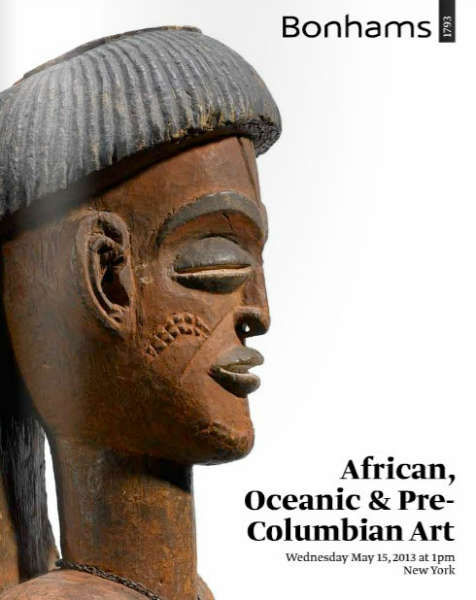 – a rare Mossi doorpost, which sold for $ 3,125 inc. premium. A wonderful abstract form at a bargain price.

– an interesting Yoruba door, which sold for $ 5,000 inc premium. It is featured in Henry Drewal’s African Artistry: Technique and Aesthetics in Yoruba Sculpture; a must read by the way. 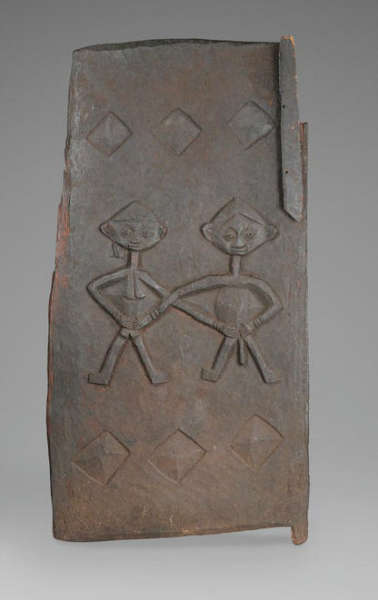 – a miniature Songye figure with a turned head, wich sold for $ 20,000 inc. premium. Seen the difference in patination the body most likely once was covered. Two other figures from this artist are known. 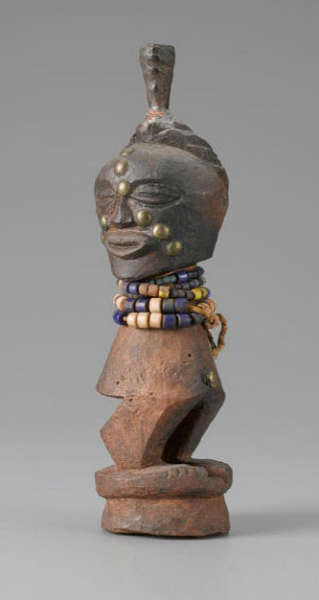