Four years ago I did a small study of the above Ntumu figure from Gabon; in my description I wrote: “Sometimes the eyes of byeri statues served as an opportunity for the integration of relics into the figure itself by embedding fragments of bone, often in the form of teeth, into deeply excaved cavities – which could be the case here.” A couple of weeks ago I was contacted by the current owner of this statue. He had taken the figure to his radiologist to test my hypothesis. A scan proved me right and revealed the presence of three human molars: 2 behind the eyes and 1 inserted in the forehead (which had not been spotted on the statue before) – a great discovery! Next time you have an appointment at your radiologist, don’t forget to bring an African statue 🙂

UPDATE: a reader writes that the third tooth is an upper premolar. 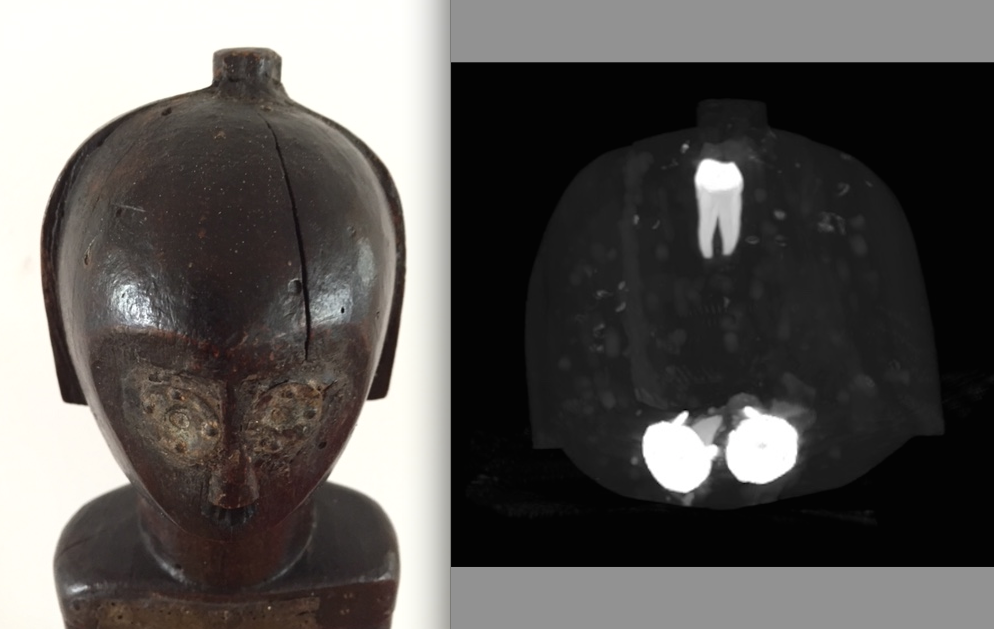