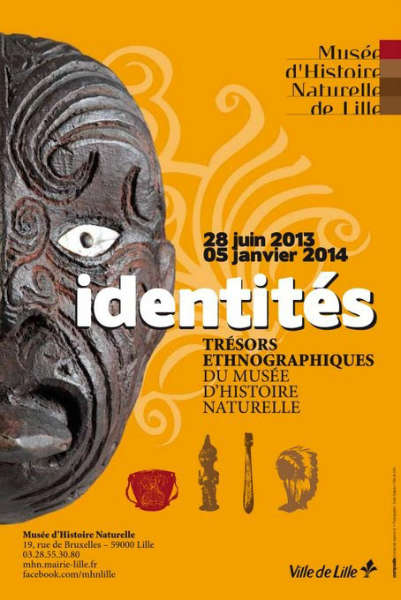 The Natural History Museum of Lille in France is currently showing a selection of 80 objects from their ethnographic collection (holding ca. 13,000 items). I visited the exhibition last week and I am still a bit ambivalent if it really was worth the long voyage. Let us say that I travelled six hours in total to spend 30 minutes in the museum – seeing everything two times ! But in the end, multiple objects in the show did prove to be a good excuse for a day trip to Lille. If a label states ‘before 1850’, I do tend to get excited – see for example the rare Nguni container and the New Ireland mask below.

The only big disappointment was the use of nets to shield the showcases off. I had never encountered such a presentation before and I must say it was a big visual distraction for the connaisseur that wanted to see the objects in closer detail. 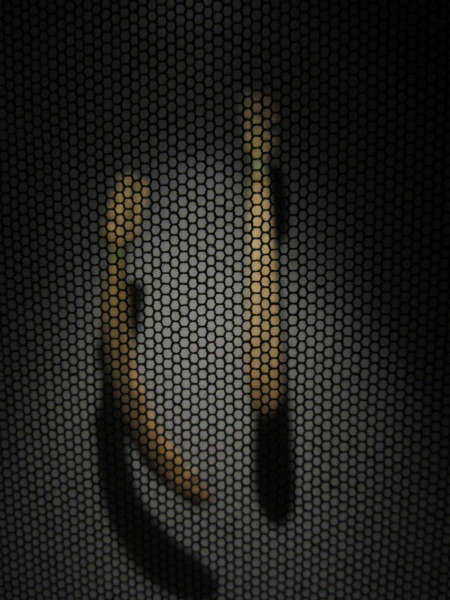 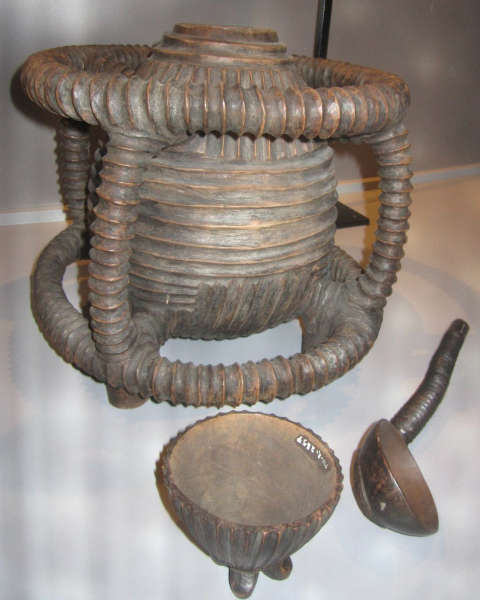 These lidded vessels are decorated with broad bands of deeply incised lines. Each is carved from a single block of wood. The robust virtuosity of these vessels (achieved in part through the patterns created by such ridges) is reinforced by their chunky proportions. Only some of the works in this genre, like this example are surrounded by exterior structures. But vessels of this kind are otherwise so consistent in style and execution that they may well have been produced by a single carver or workshop. Since hardly anything is known about their history or possible functions, it is not even certain that they were produced for an indigenous African market. Indeed most (if not all) of them appear never to have been used as receptacles for liquids or cooked foods, suggesting that they may have been sold as virtuoso examples of African craftsmanship. An alternative but less probable explanation of their function is that they may have been commissioned by chiefs seeking to highlight their status through monumentally carved display objects. Unlike those owned by the heads of ordinary homesteads, the tall, slim milkpails commissioned by Zulu kings were generally lidded for fear that lightning might enter them. This tradition was probably linked to the belief that the king would never return as an ancestor of he drank milk thus affected.

Storage vessels like this one have been rediscovered in Europea collections only over the past 50 years. Some have collection dates that go back before the 1850’s, but most appear to have arrived in Europe from the 1860’s onwards. Identical examples are recorded as having been on display at the Great Exhibition in London in 1862. Their shape is unlike any indigenously used vessels, except that they have rounded bottoms like indigenous post, necessitating the addition of three legs. The very finely engraved ridged or fluted interlaced patterns are similar to those found on snuff-boxes made by a number of different southern African groups. Because of this, it has been suggested that such vessels were used as storage jars for tobacco, but there is no field evidence which points to this as an accurate reflection of their function.

A full photographic review of the exhibition can be found here (pictures by Luc Lefevbre).