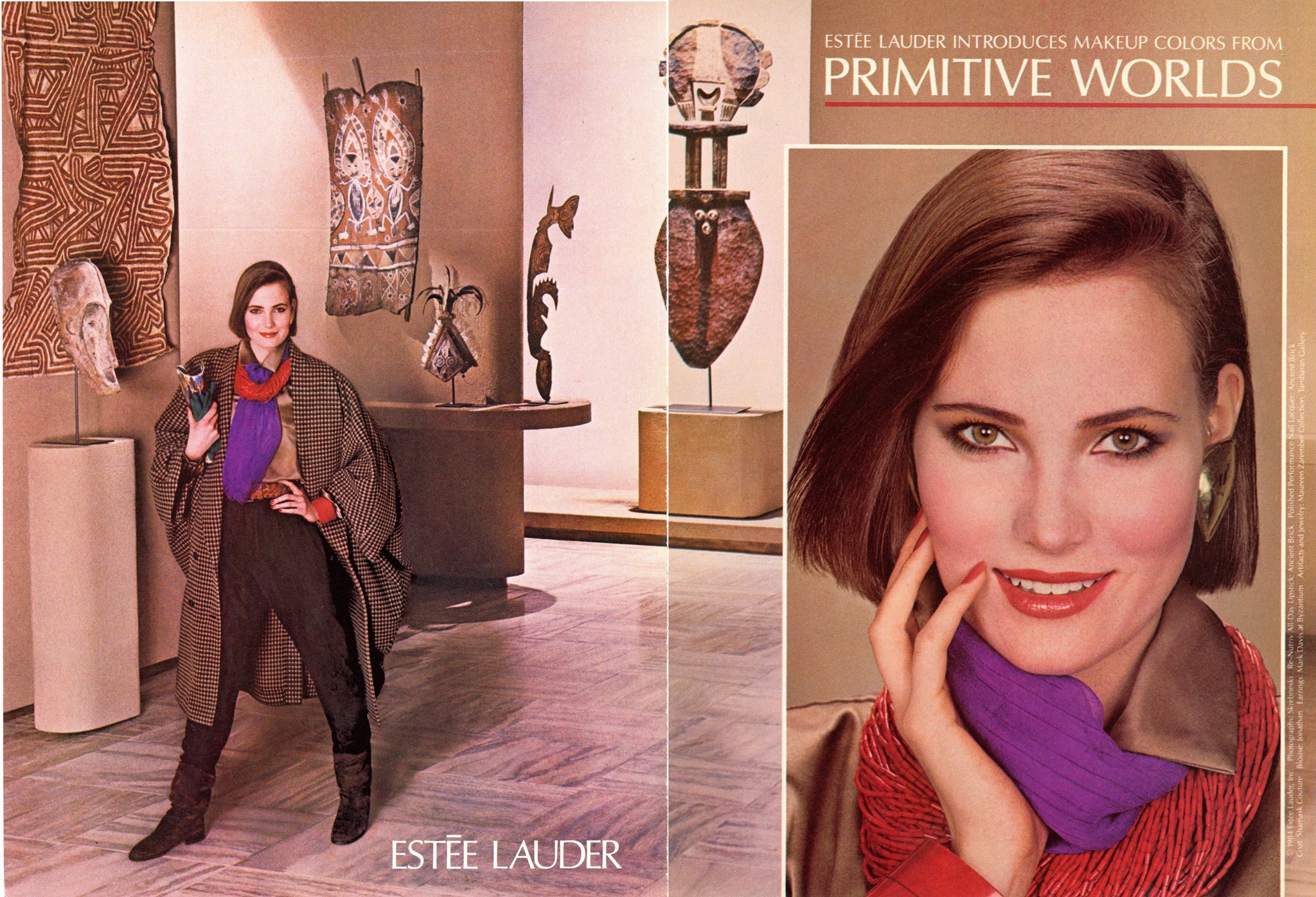 I recently came across this Estée Lauder advertisement from 1984 for their ‘Primitive Worlds’ make-up colors. We see a model posing in a museum-like setting with in the background a large Nafana bedu mask, a fragmentary Korewori spirit figure, an Abelam bark painting, a Vanuatu headdress, an Oro Province tapa from Papua New Guinea and a Fang ngil mask from Gabon. These objects and the model’s jewellery were on loan from the private collection of Maureen Zarember from Tambaran Gallery in New York.

With a bit of sleuthing I discovered the model for this campaign was Willow Bay, who Americans might recognise as she would later become a well-known television anchor of ABC, CNN and NBC, and now is married with the CEO of Disney, Bob Iger. She was a spokesperson for Estée Lauder cosmetics from 1983 to 1989. The photographer for the ‘Primitive Worlds’ campaign was Victor Skrebneski, who died earlier this year, and is most known for his fashion photography and his work for the ad campaigns of Estee Lauder. He and Bay collaborated on many shoots for the make-up company.

It was a 3 page color centre fold in the NYTimes Sunday magazine and other magazines. The other pages showed the model wearing my huge Nagaland necklace, and new cosmetic colors / lipstick same color as the necklace. It was really a daring add, I must have sold dozens of those big necklaces. Estée Lauder walked into my Madison Ave gallery and asked if she could use some of the Naga necklaces in her promotion, it just grew into something bigger. Today, companies hire an army to do that work, not Estée, she was so hands on and a pleasure to work with. Thanks Bruno. Maureen