This must be one of my favorite photos of a traditional African sculptor at work. Casually supporting the unfinished block of wood by holding one of the graciously curving horns, Raogo is about to strike his sharp iron adze. The determination and confidence that radiates from his face tell about his mastery of his tools and skills as a sculptor.

This photo was published in Thomas Wheelock’s book on his private collection, Land of the Flying Masks. Art and Culture in Burkina Faso (Munich, 2007: p. 41, fig. 10) – a must read for anyone interested in the art of the country. In a paragraph about “artists” Wheelock for example reveals the following interesting bit of information:

My experience in the art market in Burkina Faso has been that the deeper the scars are carved, and the higher the relief, the more likely it is that the mask was carved for an African patron and not for the tourist trade. Deeper scars are the product of greater time and care committed to the carving.

I recently came across the above field-photo of a Nigerian farmer taken by the British archeologist Bernard Fagg in 1960. His incentive to photograph this man is rather interesting. Fagg must immediately noticed that the farmer’s moustache, represented by two small projecting tufts at the edges of the upper lip, in fact is a typical feature of many male terracotta “Nok” heads he had previously discovered in the region – see an example below.

The Nok culture, which blossomed from 900 B.C. to A.D. 200, is sub-Sarahan Africa’s earliest known sculptural tradition. Unfortunately, little is understood about how this civilization ended. Bernard Fagg wrestled his whole career with two important questions: Where did the Nok culture come from ? And where did it go? Spotting this farmer’s moustache must have certainly gave him hope in his wish to establish a stylistic continuum between Nok and the later Nigerian civilizations. 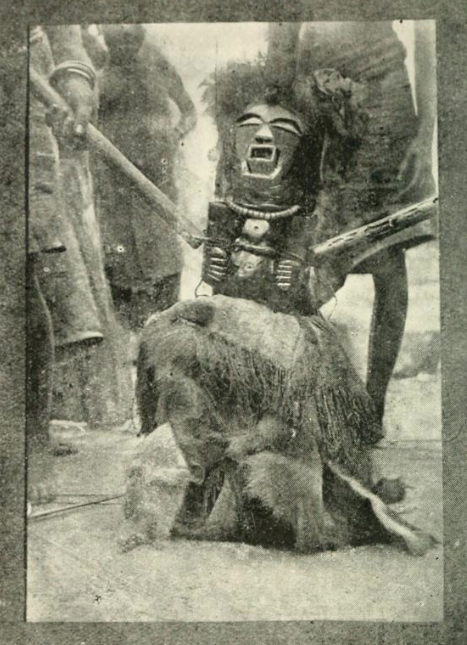 After yesterdays Luba chief, another amazing field-photo from Missionary pioneering in Congo forests: a narrative of the labours of William F.P. Burton and his companions in the native villages of Luba-Land (p. 188): a Songye figure, “the famous fetish of Kabashilange”, in full action. Burton, still exploring the Luba-Songye region, writes in his diary:

Arriving at Kabashilange, our stopping place, a village of about 250 people, we found ourselves in the centre of a considerable crowd doing honor to their far famed ‘Nkishi’ or idol, named Tombwe, which was made by four powerful magicians at a price of 200 francs and a woman. The woman, frightened to become the wife of a magician, ran away, but was brought back and forced into submission, though screaming and almost incoherent in her terror

This tiny bit of information proves already to be very informative. It confirms, once more, that each Songye statue had a personal name. This is the first reference I’ve come across of a figure being ‘made’ by four diviners. Unfortunately that ‘made’ isn’t specified; Burton probably meant ‘activated’ and it’s not clear if one of the four was also the sculptor. Also note how even a small village of 250 people did have (at least) 4 diviners. Burton continues describing ‘Tombwe’:

The ‘nkishi’ is about two feet six inches high. A wooden figure covered with charms, etc. It is carried about by two women, who may not touch its sacred person, but hold it by two long poles attached to its arms. Moreover as it is carried, a drum and rattle band is in attendance, while little girls sweep the ground before it, as it stood upright, with grass cloth bundles filled with magic charms. The father of a certain native Songye, was lost, and the idol was paid a big sum to find him. The poor tired woman attendants dragged it uphill and down dale, through stream and forest, now and again professing to get on the scent, but in vain.

I knew the functions of these power statues were varied, but I had never read they were also used to find missing persons. What is especially noteworthy about this description is the fact that the statue couldn’t be touched and was carried by long poles attached to its arms – a known fact. This explains why you will see the connoisseur evaluating a Songye power figure looking at the arm pits of the statue: a well used authentic example will show a notable wear caused by the ropes connecting the poles to the figure under the arms.

Unfortunately, I wasn’t not able to discover the current location of Tombwe – it is even not sure if he ever left Kabashilange..

ps you can browse (or download) that 1922 Burton book here – there’s plenty more to discover! 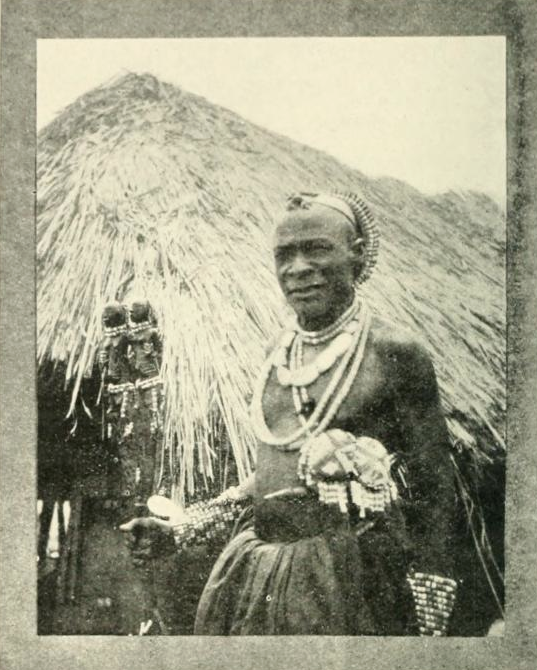 One of the sleepers in the Kunin sale was the below Igbo mask which was much better than its estimate suggested. After doing some research on it I found much more information than was available in the sale catalogue and traced down the masks’ possible village of origin. G.I. Jones photographed a very similar mask among the Isuama Igbo in Eziama Orlu in the 1930s. Comparing the mouth, ears, nose, eyes and eyebrows with the mask under discussion here, it’s very probable this mask was made by the same sculptor.

Another mask from this artist is in the collection of Yale University. G.I. Jones wrote that the carver of these masks was a professional canoe maker who spent a large part of his time working with his gang in the forests of the northern Delta. (Jones (G.I.), “The art of Eastern Nigeria”, Cambridge, 1984: p. 123).

Okoroshi was a six week Igbo masking season during which water spirits bless the growing crops during the height of the rainy season. White-faced masks generally embodied benign female characters who dance prettily in open arenas for large crowds. They were conceptually opposed to dark masked male characters, often with ugly faces.

There’s another field-photo of this mask during the same performance.

Eziama Orlu is located at number (28) – in Usuama Igbo territory – on the map below.

The Kunin mask most likely represented the same Okoroshi character – called nwanyure (‘proud woman’) – as featured on the field-photo below. Note the very similar iconography.

Anthony Meyer (from the Parisian Galerie Meyer) recently presented a very interesting catalogue documenting a large group of amazing field-photos made in the Solomon Islands between 1870 and 1920. It’s written by Allison Huetz and available for free here. 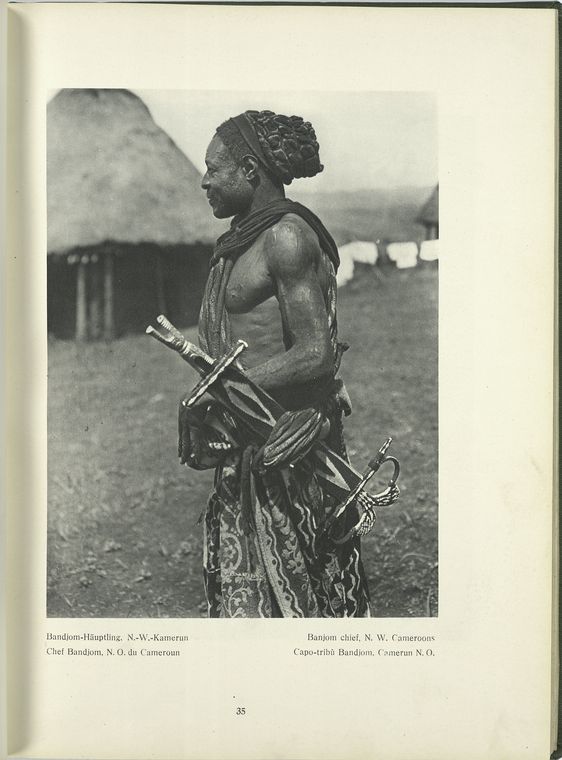 Thanks to the efforts of the New York Public Library, you can now browse Hugo Bernatzik‘s The Dark Continent (published in 1931) online here. It features tons of beautiful field-photos; above a Bandjom chief in North West Cameroon, below the wife of a Mangbetu chief. 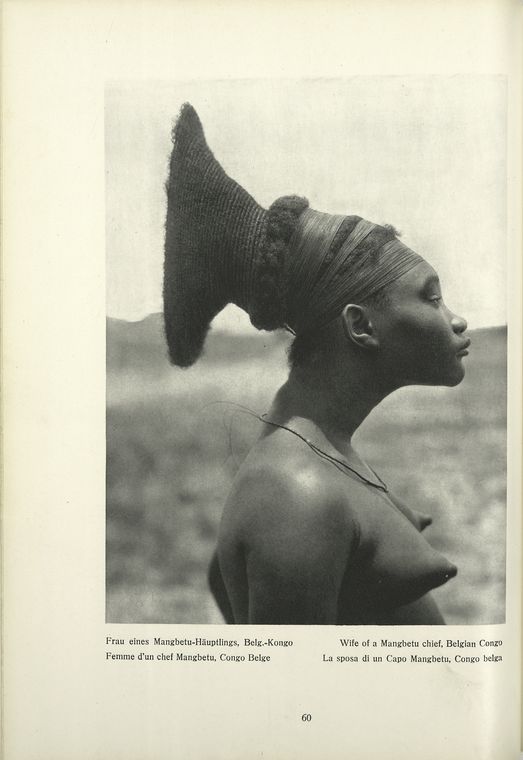 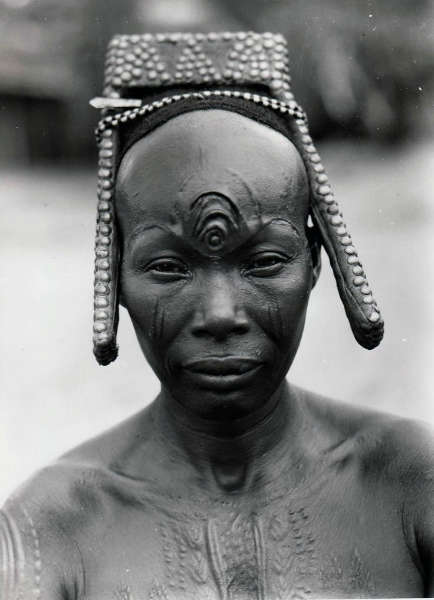 This impressive photo of a Bakutu woman was taken by C. Lamote (a Congopresse photographer in the Belgian Congo) ca. 1957 in Tshuapa, Bodende. Below two examples of such headdresses from the Ginzberg collection. These were worn by noble Kutu women of elevated rank on top of their heads, with the flaps down along the sides of the face. Beads or upholstery tacks were fixed on a stiff fiber framework. (African Forms, Milan, 2000: p. 239)