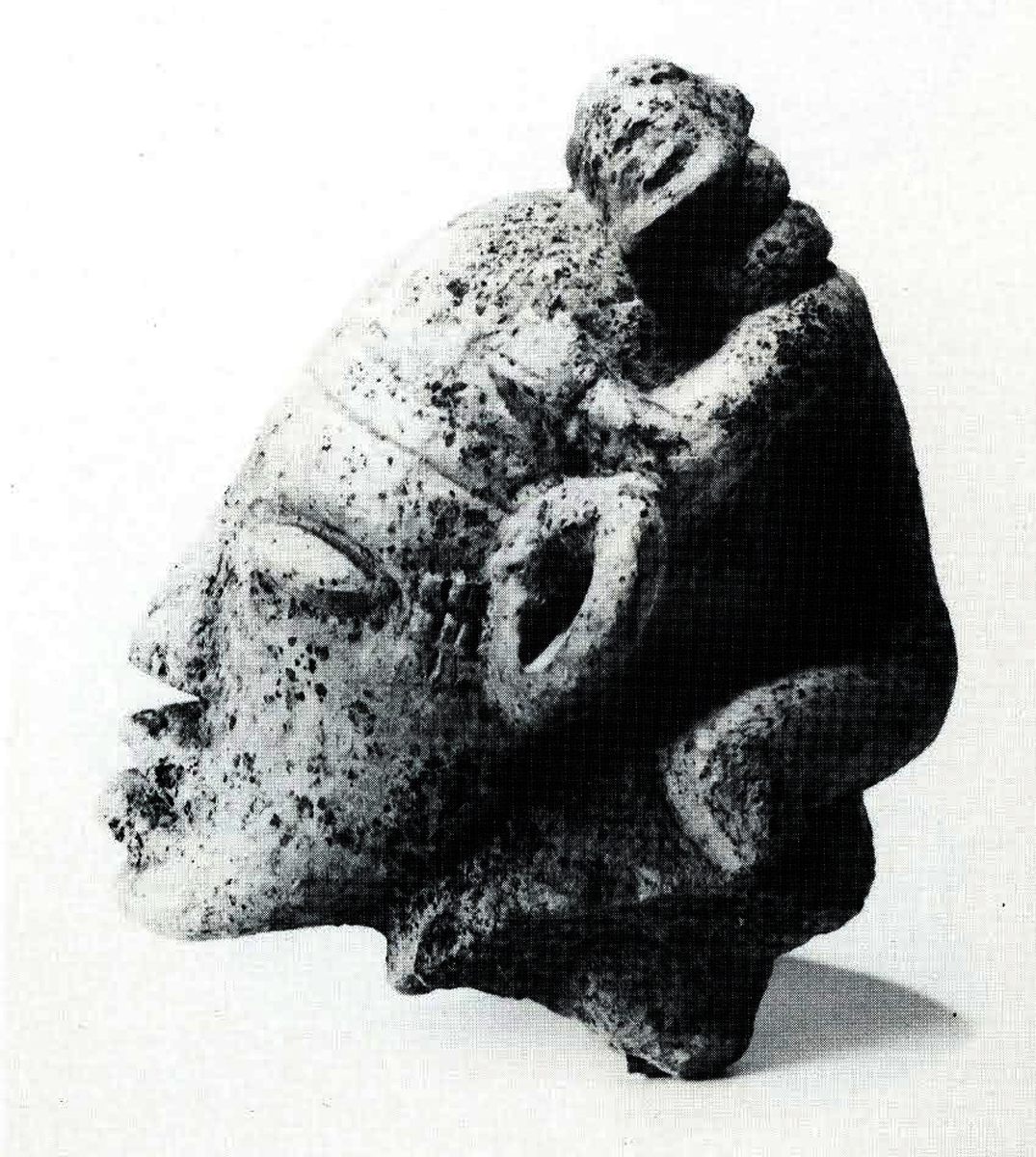 37 years ago, in 1984, this Djenne head in terracotta from Mali was exhibited in Antwerp during the exhibition Ancient terra-cotta statuary and pottery from Djenne. It was published in the show’s catalog by Adriaan Claerhout as no. 37. This rare head with a miniature figure on top was sold not long after the exhibition, and has not been seen ever since. 13,5 cm high, it should reside somewhere in a private collection, and I was wondering if anyone recognises it or knows where it now lives? Please do get in touch if that would be the case; thanks!