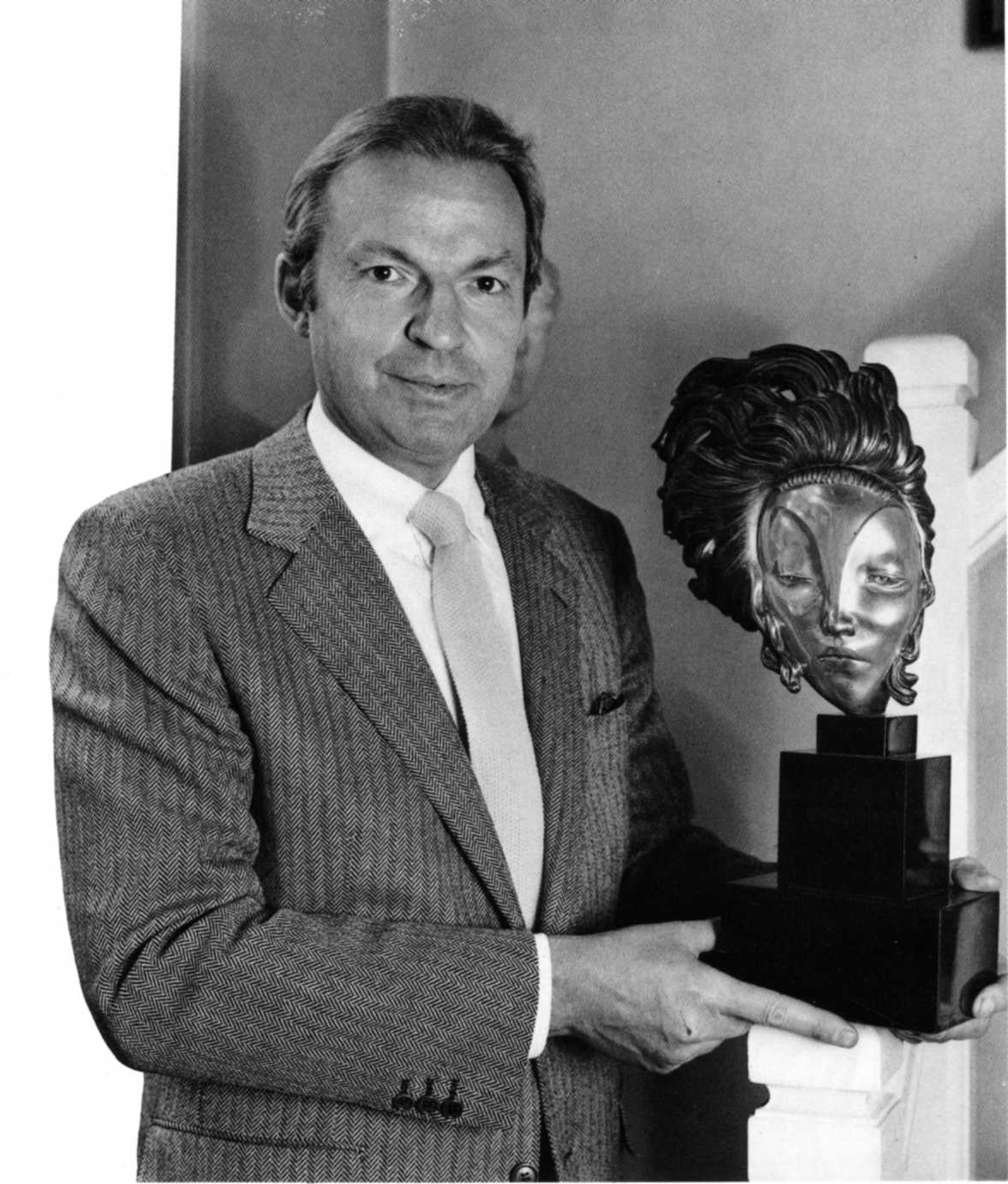 On Wednesday 23 June, Christie’s will be offering the Michel Périnet collection of African, Oceanic and Native American art for sale in Paris. Prior to his death in 2020, the legendary Parisian gallerist and collector had entrusted the sale of his collection to four esteemed colleagues: Alain de Monbrison, Lance Entwistle, Bernard Dulon and François de Ricqlès. They were asked to oversee the sale of the 61 works and have chosen Christie’s to conduct this extra-ordinary auction packed with iconic works.

Michel Périnet was born on 14 July 1930 and quit school at the age of 14, wanting to become a jeweller. His decorator father sent him to train with various artisans. In 1956, he rented a shop on the Rue Danielle-Casanova in Paris to exhibit and sell his designs. But antique jewellery appealed to him too, so he purchased pieces here and there to sell them on to the trade, and quickly became a full-time antique dealer. With his jewellery workbench experience, he keenly recognised quality crafting.In 1964, Périnet discovered Art Nouveau and the genius of Lalique, and he single-handedly helped resuscitate the then out-of-fashion turn-of-the-century style. Périnet handled the most exquisite designs by René Lalique, Georges Fouquet and Henri Vever. In 1980, he opened a shop on the Rue Saint-Honoré, across from the premises of the antique dealer Jacques Kugel. In 2005, having made his fortune, Michel Périnet closed its doors after 25 years. But that didn’t mean he had retired, and his daily trips to the Drouot auction house continued. Périnet was not just a dealer, he was a collector too. In the sale’s catalog his wife writes about the start of his fascination for African art.

In 1967, on a trip to London to purchase jewellery, Michel happened across a Kota sculpture from Gabon. His heart leapt. “I didn’t choose the object: it chose me,” he admitted. As always, he paid for his find before the session was closed, and tucked it into his bag. That was the day that African art entered his life. He read every book he could find about the indigenous cultures of Africa, Oceania, the Native Americans, Inuit art, and more. He browsed, compared, consulted with specialists, eliminated, bought, sold – the better to buy more – and tirelessly sought out that exceptional piece. “Whether he had been advised of a Dogon maternity figure or a sculpture from the Marquesas Islands, he tracked it like a hunting dog, eyes eager and bright,” his partner remembers. “I knew that he would never come home empty- handed. If Michel had set his sights on something, he didn’t haggle over price.” His motto was a subtle one: “Always purchase an object at the price it will cost in two years.” With that approach, he surrounded himself with masterpieces, monumental figures, every one. From antique cameos to African statues, this collector abhorred trinkets.

In addition to his love of art deco and art nouveau (collecting everything from furniture to screens to sculptures), he also spotted the then-undervalued works of the Pont-Aven school which he collected extensively. In all these fields, Périnet showed an unique vision and determination. Always ready to sacrifice for a new acquisition, he never hesitated to acquire the works on which he had set his sights, often criticized for ‘overpaying’ by trade colleagues. This focus helped him build unrivalled collections, the result of the absolute passion and hard work of an extraordinary man with a legendary eye and rigour. He will always be remembered as a master collector alongside Jacques Doucet (whose Kota helmet mask is featured in the sale), his role model, and Nouran Manoukian, his great friend. The selection of works that will be offered for sale on June 23nd are a testament to his taste, and the auction surely will be one to remember.

You can browse the sale here. Don’t hesitate to get in touch if I can provide you with pre-sale bidding advice or any other market intelligence. 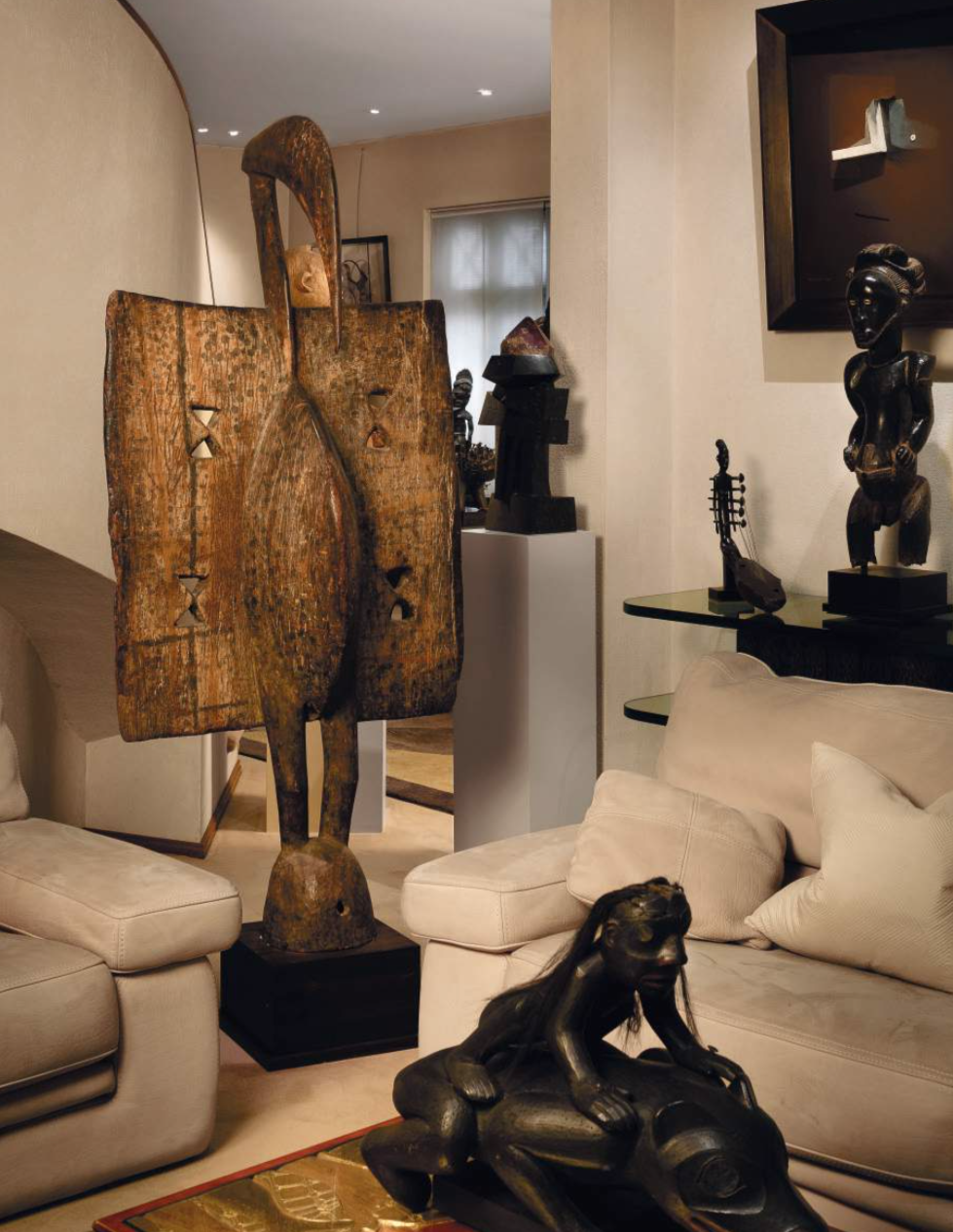 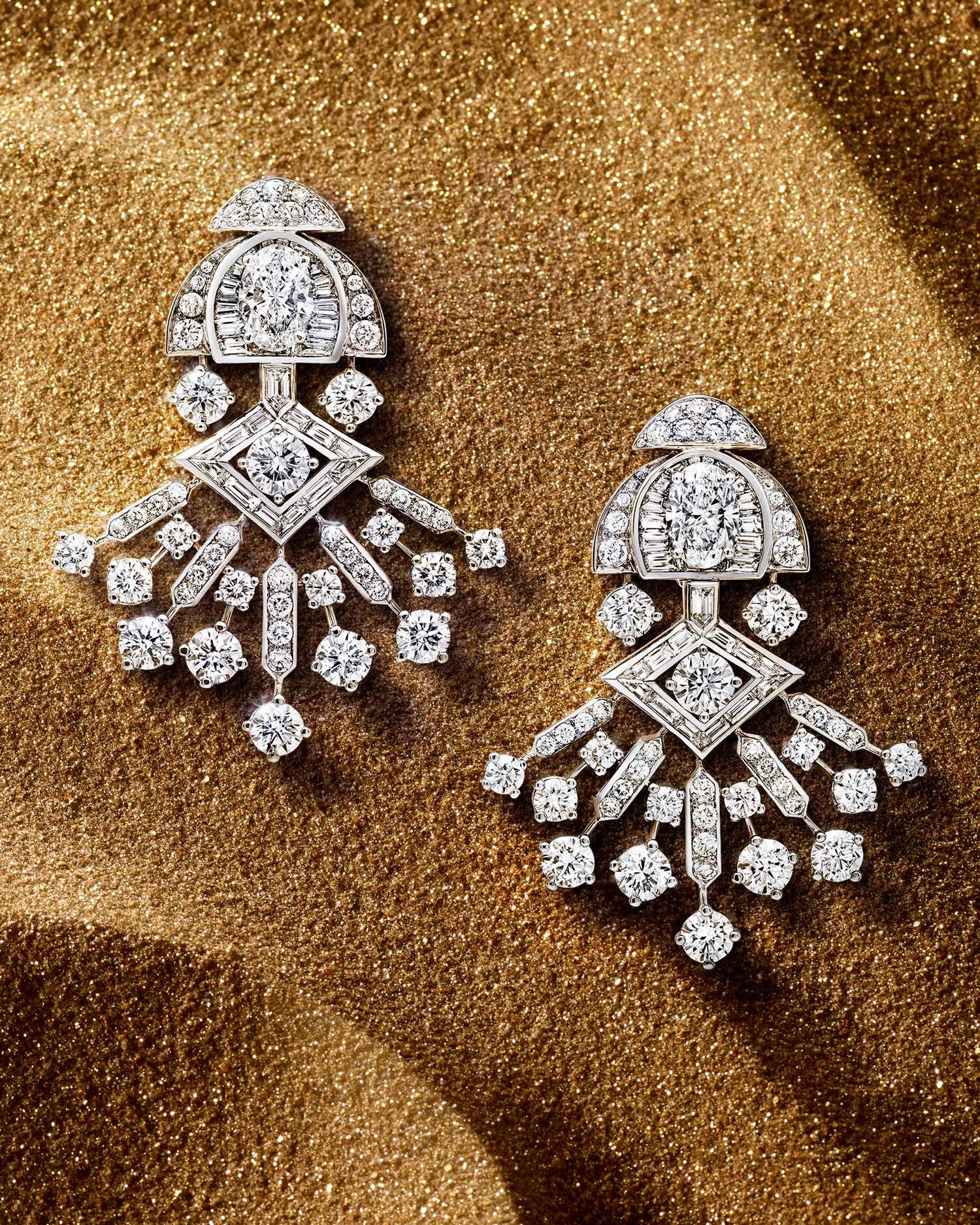 In case you would be looking for a beautiful gift for someone special (or yourself), and money is not a problem, please look no further. The upper-end jewellery brand Graff just launched a new set of designs called “The Tribal Collection” – more info here. It’s only too bad their marketing department didn’t do their research, as the rest of the world has been trying to refrain from the use of the denominator ‘tribal’ for a while.

Part of the collection are the above all-diamond earrings – clearly inspired by the reliquary guardian figures of the Kota from Gabon – although the below description on the website fails to mention that inspiration..

Besides the earrings, the necklace also features a central Kota-inspired diamond motif (see below). Laurence Graff in fact is one of the world’s top 200 art collectors, and previously already created jewellery inspired by the works of Cy Twombly. It’s nice to see his African art also gets to inspire his designs – although it’s a bit of a missed opportunity to not mention the genius anonymous artists that came up with the archetype of the much-celebrated Kota reliquary figures. The diamonds surely are as glittering as the original brass-covered statues once were..