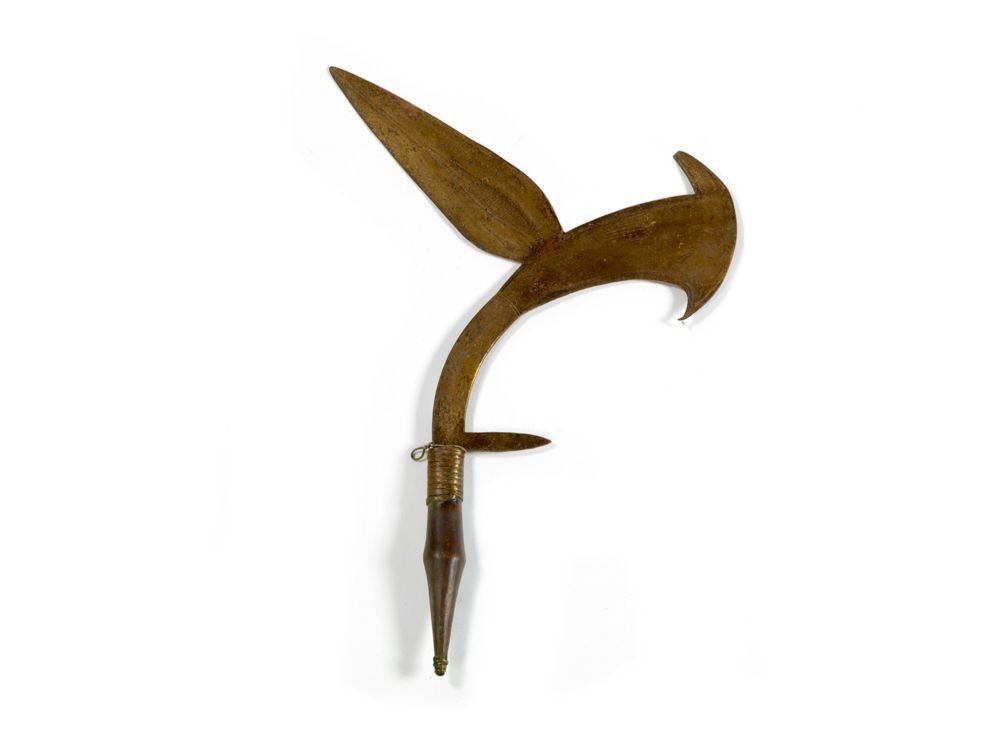 There was lots of excitement in the community of African weapons collectors a couple of days ago. A small auction house in France (Dupont-Morlaix) was offering an extremely rare Gabonese throwing knife with an early provenance. In the same French family since the 1920s, this Fang knife was previously unknown and never published before. Besides the fact it was misattributed to the Nsakara, its estimate of 60-80 € created quite a fuzz before the sale. Many collectors and dealers were hoping the knife would stay under everybody’s radar. But, as we know, the era of the sleeper is long gone – especially now that everybody is spending so much time behind his/her computer at home – and the beautiful weapon was hammered down for 9300 € – with premium 12000 €, or 200 times the low estimate! Once more a confirmation that quality always makes its price, be it in small auction or a big sale. By the way, a similar knife was sold at Sotheby’s Paris in 2012 for only 5000 € (info), so the excitement for a supposed sleeper sometimes indeed can generate inflated prices. A very similar throwing knife can be found in the collection of the Pitt Rivers museum and was acquired in 1899, attesting the old age of the type. It needs some cleaning, but I’m sure its new owner will be delighted with the purchase as the opportunity to find a knife like this is extremely rare.

ps thanks to Luc Lefebvre for sharing this news on the Facebook page ‘Tribal Ethnographic Weapons and Primitive Currencies’.