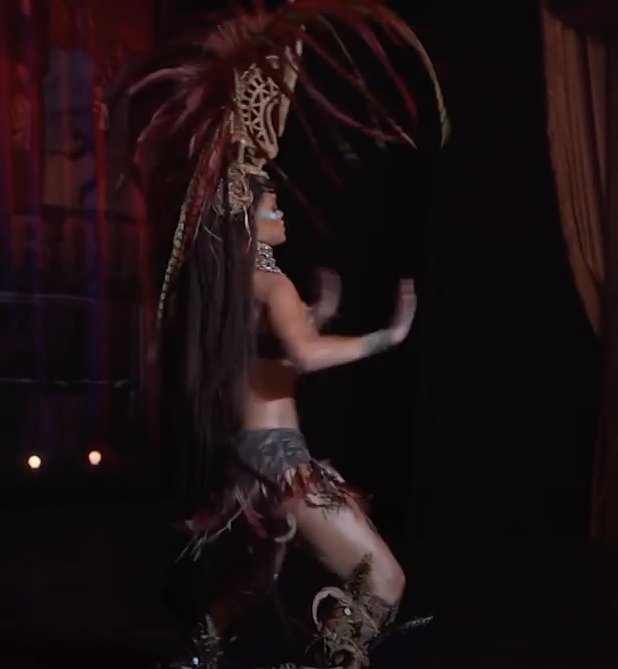 It was only two seconds, and it is in a sci-fi movie, so there’s a big chance you missed it, but I found it very cool to see the international pop star Rihanna dance wearing a chiwara headdress from Mali in the movie Valerian and the City of a Thousand Planets, written and directed by Luc Besson (2017).

Situated in the 28th century, Rihanna stars as Bubble, a shapeshifting Glamopod entertainer. Valerian, the main protagonist, needs her help rescuing his love interest Cara Delevingne from the Boulan Bathors. He meets her in a cabaret in Paradise Alley, the red-light district of Alpha, a space-traveling city inhabited by millions of species from thousands of planets. Valerian is treated to a performance by the enslaved shapeshifting alien by Jolly the Pimp. Got to love sci-fi!

What follows is a stunningly CG-assisted dance sequence in which Rihanna changes outfits about 25 times! One of the identities Bubble takes on is a bikini-clad amazone-like dancer wearing a chiwara headdress! Below is a behind the scenes look of this moment in the movie (which happens to have been the most expensive film ever made in France!)..

Kuddos to costume designer Olivier Bériot for incorporating a bit of African art in this futuristic space epic. In traditional Bamana society, women obviously wouldn’t be dancing with this headdress, and those feathers rather originate from Brazilian carnival than Africa 🙂 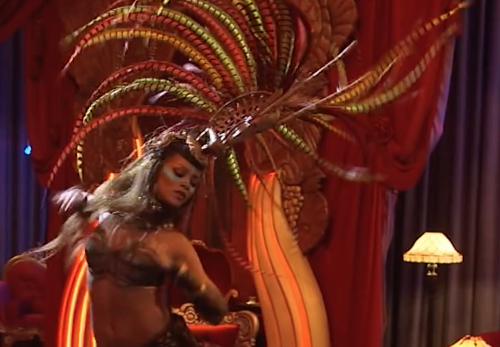