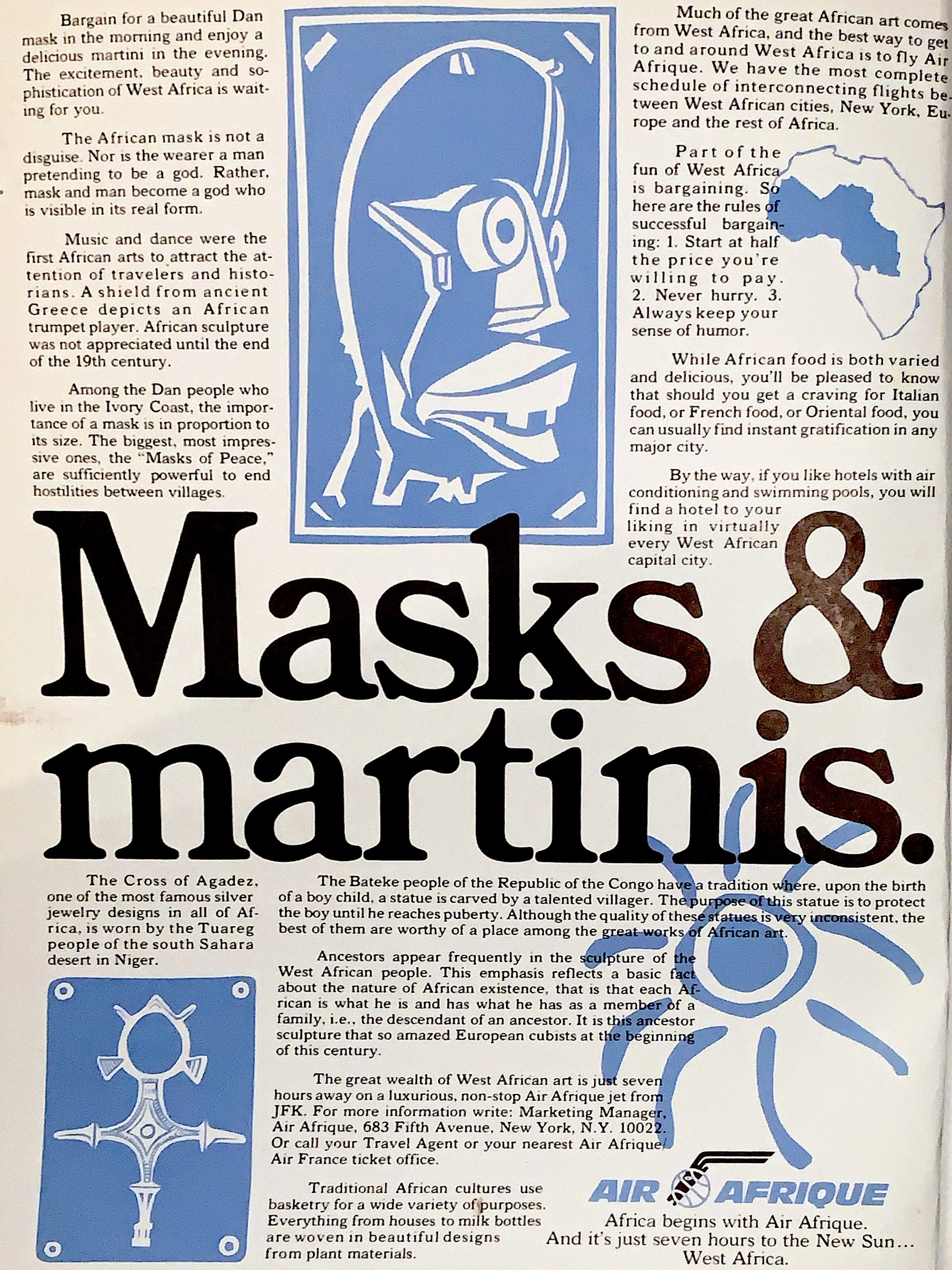 Bargain for a beautiful Dan mask in the morning and enjoy a delicious martini in the evening.

How telling for that time period, that such a marketing slogan was considered enticing enough to get more people to fly to West Africa, preferably with Air Afrique.

After seeing the Estée Lauder and Pernod advertisements I posted before, the Boston-based gentleman-collector Lou Wells was kind enough to email me the above advertisement from Air Afrique from 1980. Funnily enough the drawing of the illustrated Dan mask was based on a published photo of a mask that Wells owned at the time (pictured in African Arts magazine, January 1977, X2). The illustrator clearly had no idea as he also included the stand of the mask picture in the below photo in his drawing. 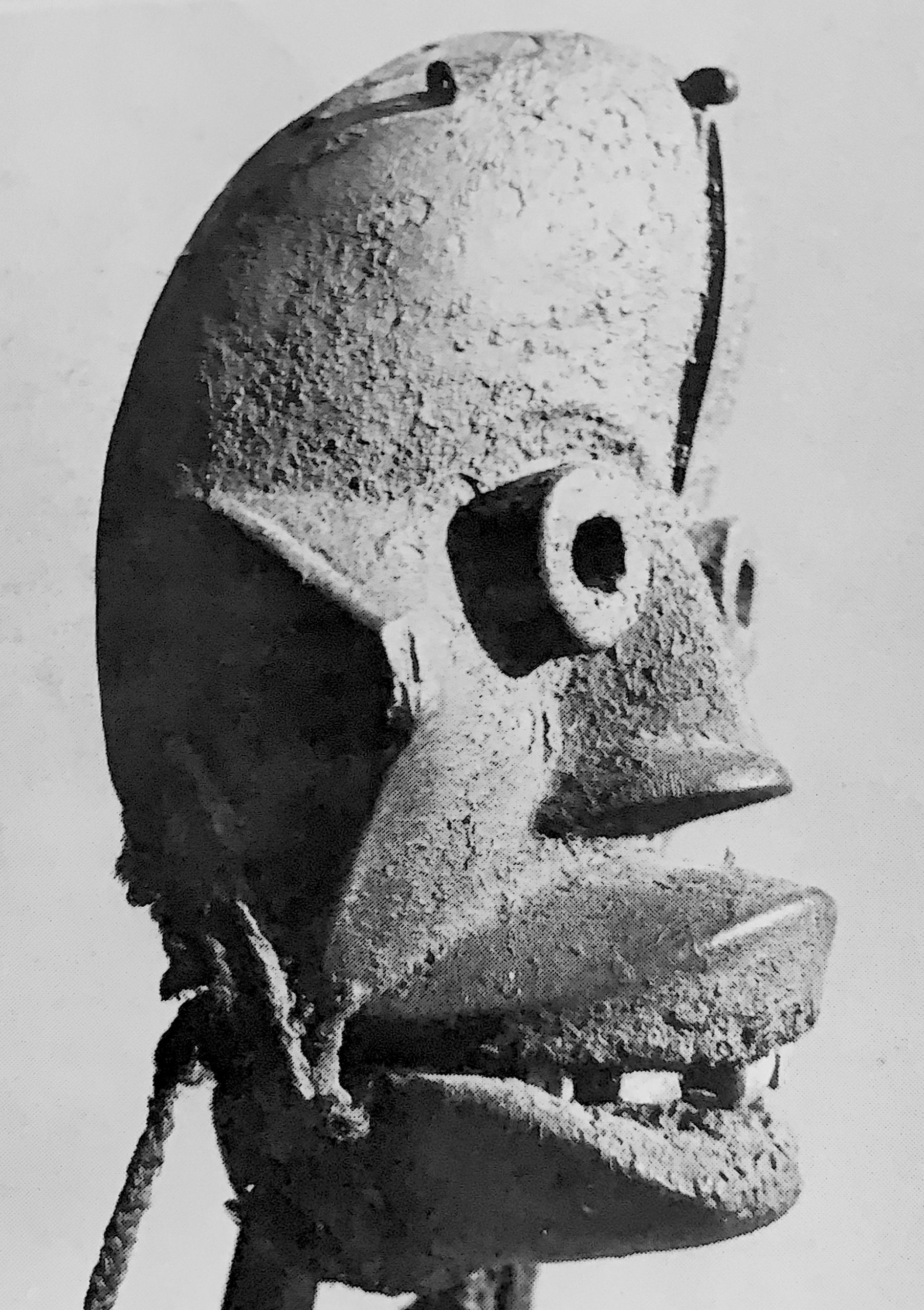