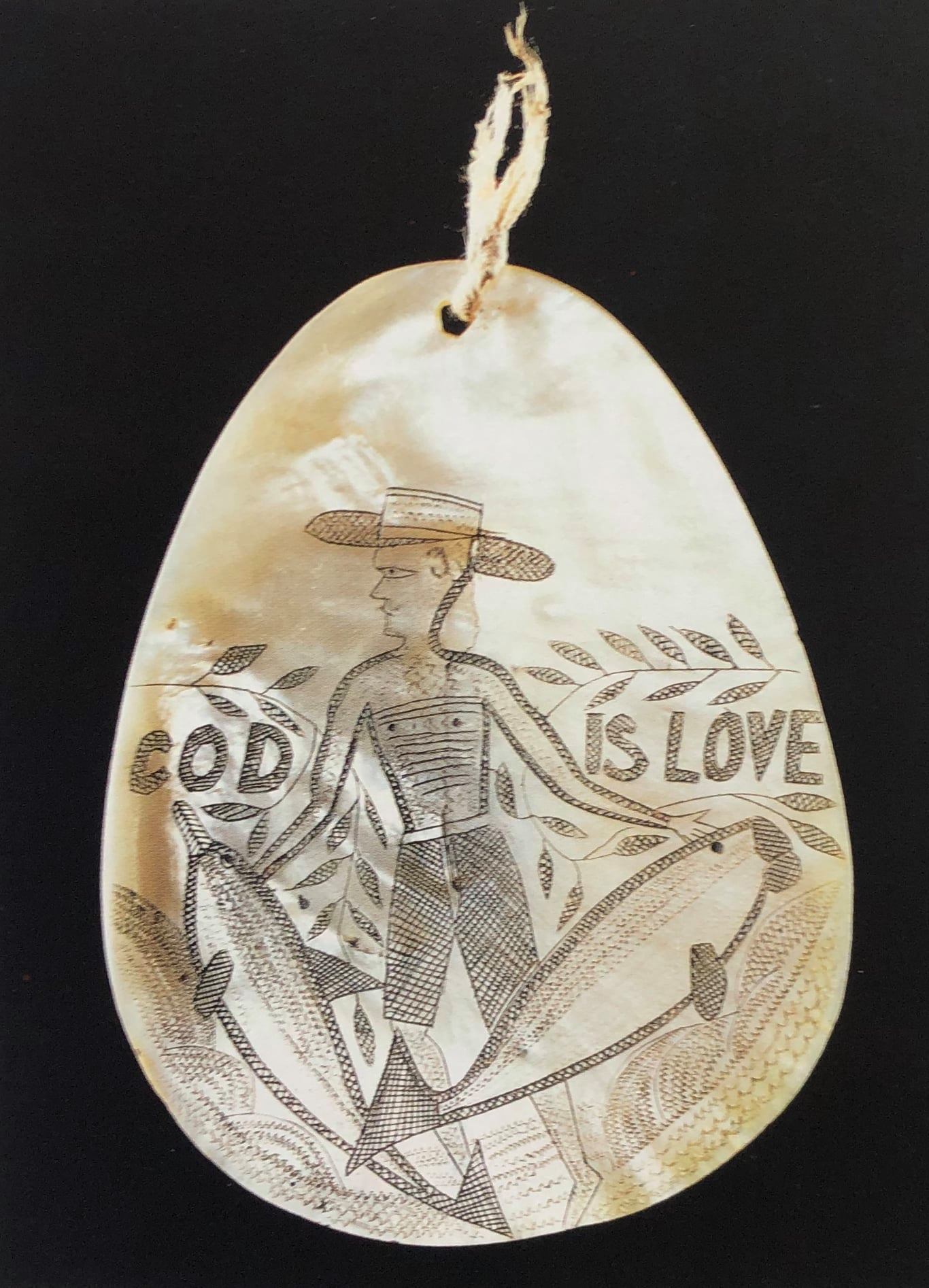 I recently came across this special pearl shell ornament (locally called riji or jakoli) from Western Australia, and it is so unique I just had to share it here. You might have heard that ‘god is love’, but the indigenous maker of this shell pendant unknowingly gave a most funny twist to this well-known bible verse. Perhaps the local missionary was more obsessed with fishing than preaching indeed. This jewel was collected circa 1927 by Professor Elkin on Sunday Island in the Kimberly Region (don’t google that island unless you are prepared to start dreaming away about currently impossible trips). This pendant is part of the Macleay collections (future Chau Chak Wing Museum) at the University of Sydney (#ETA.2014). It is published in “Adorned. Traditional Jewellery and Body Decoration from Australia and the Pacific” by Anna Edmundson and Chris Boylan (Sydney, 1999).

Prior to 1920, the most common patterns applied to such pearl shell pendants included more abstract designs such as zigzags, meanders and mazes with the interlocking key design the most common. From the mid-1920s European themes and more realistic imagery started to appear more frequently. Here we find a male figure wearing shorts and a broad brimmed hat, who is holding a dugong in one hand and a dolphin in the other – no cods. Prized as ornaments and ceremonial objects, they were exchanged along a vast system of trade routes that extended as far as Australia’s southern coast. Pearl shell was associated with water, the essence of life, especially in Australia’s arid interior. They were predominantly worn by men as a cache sexe, suspended from a belt of human hair worn around the waist and, in some instances, as pendants. 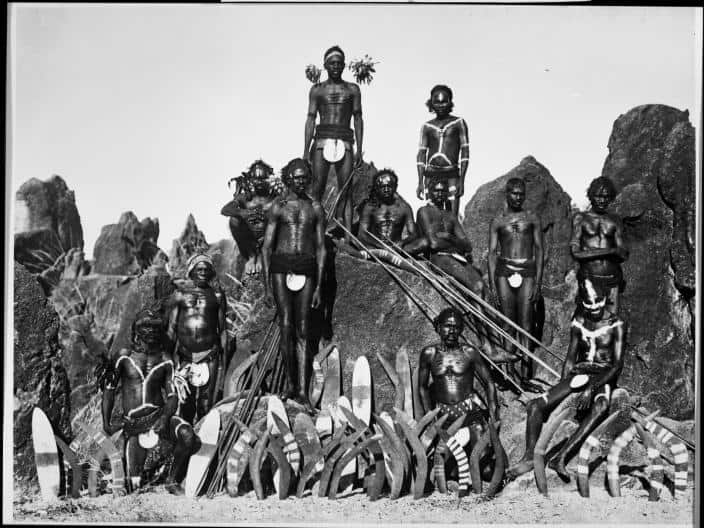