I recently came across this cool liquor bottle from the Morey distillery based in Binissalem, Mallorca (Balearic Islands). Its black ceramic bottle clearly was inspired by African statues, and vaguely reminds of some Baule and/or Luba figures. This Spanish liquor was branded as ‘the sorcerer drink’ (El trago hechicero). Unfortunately I’ve never tasted it, so I can’t write about the special powers of this potion. The box also included a great promotional keychain as an extra gift, or talisman if you want. 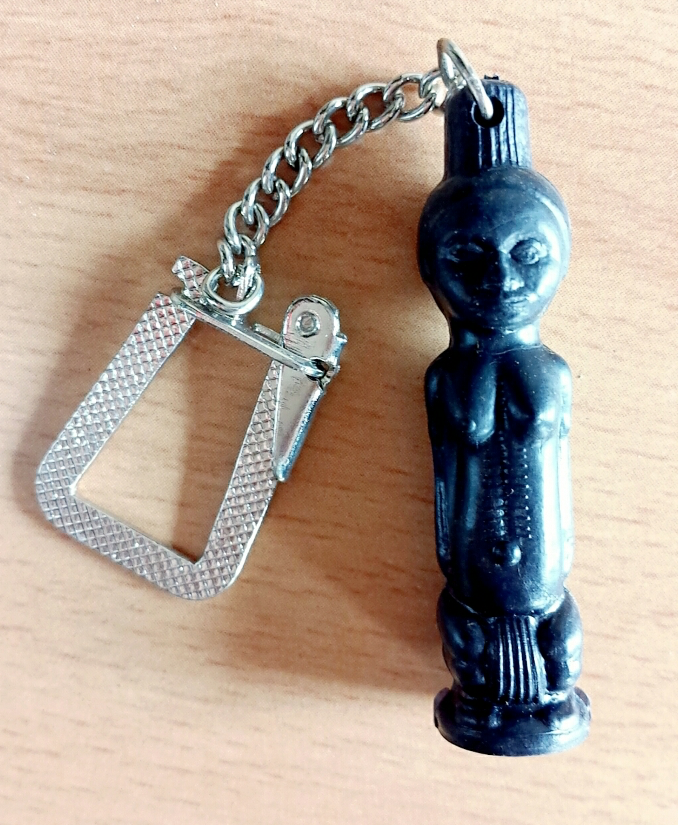 A true collector’s item. The box is pretty cool too, with at its side the stylised drawing of a Sepik mask from Papua New Guinea. I couldn’t discover when exactly these were produced, but probably it can be placed within the context of the Tiki culture of the 1940s and 1950s. 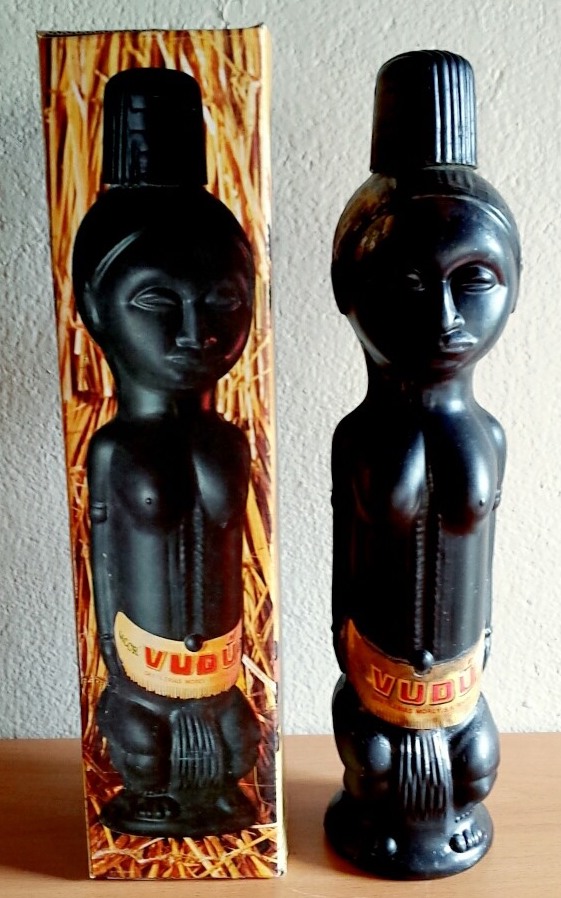 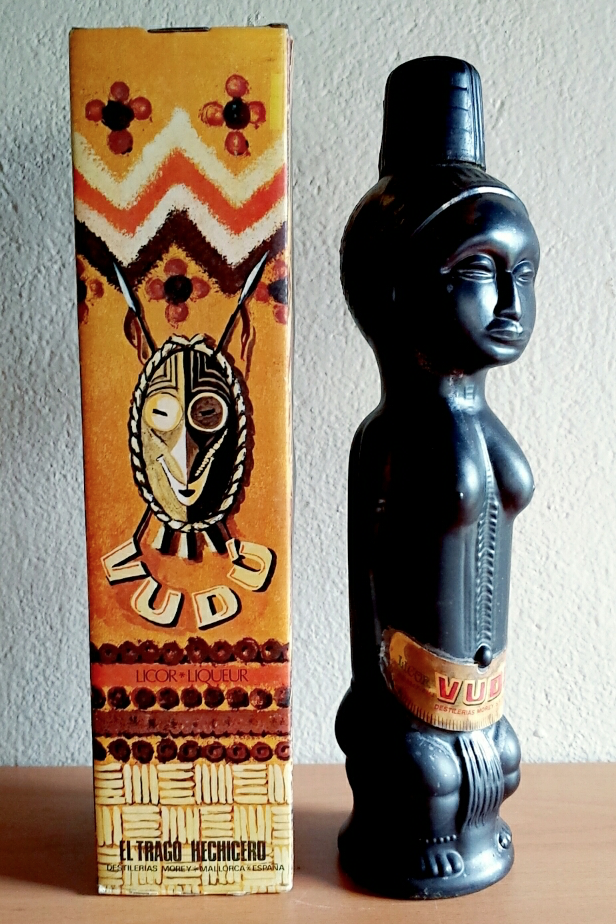