Exciting news from Paris, from 11 to 16 September, for the occasion of Parcours des Mondes 2018, one of the famous early exhibitions of African and Oceanic Art, held at the Galerie du Théâtre Pigalle in Paris in 1930, will be celebrated by the publication of a book and a small exhibition featuring some 30 objects shown 78 years ago. Organized by Charles-Wesley Hourdé and Nicolas Rolland, in partnership with Tribal Art Magazine, a dedicated exhibition will be held at the Espace Tribal. A series of conferences will also be organized at the venue that same week. The limited edition publication (344 pages & 500 illustrations!) will include texts by Hourdé and Rolland, and excellent scholars such as Yaëlle Biro, Philippe Peltier and Virginia-Lee Web. Both authors were able to uncover a forgotten cache of amazing installation shots of the exhibition, which will be shown for the very first time this September.

The 1930 show more or less has a mythical status among people who care about such things. Not alone was the quality of the selected objects very high, the list of lenders to the show also reads as a who’s who of African and Ocenanic art in Paris in 1930: Charles Ratton, Pierre Loeb, Tristan Tzara, Pablo Picasso and André Derain all ensured the success of the exhibition and its lasting renown.

The original catalog, which is impossible to find, did list the 425 exhibited works, but only had a few illustrations. Charles-Wesley Hourdé and Nicolas Rolland however have managed to trace down most of the objects, so the book and show are definitely something exciting to look forward too. Many compliments to both for making this happen! 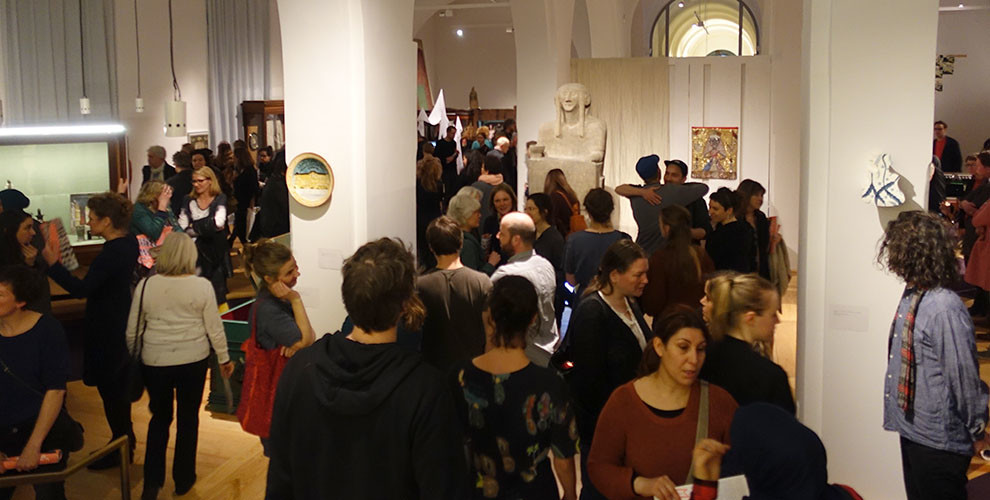 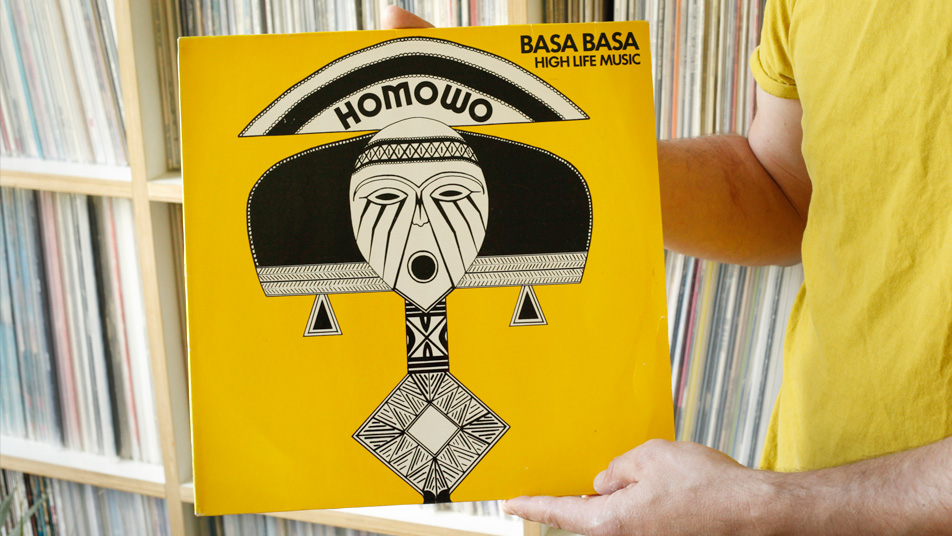 In a previous life I used to be a dj and record collector, so I’m always thrilled when I discover a record with African art on the cover. I recently came across the above lp by Basa Basa, which features this great drawing of a Kota reliquary figure from Gabon. This album was recorded at Decca Studios in Lagos, Nigeria in 1979 and performed by the Basa Basa band which was The Nyaku twins from Ghana and Themba Matebese who played synths and keyboards and also produced it. The connection with a Kota is therefor a bit mysterious. Also note how the empty space between arms and legs is white, so the graphic designer clearly did not know this area was empty on the original thing. The Amsterdam based label Vintage Voudou recently re-released this hard to find album, you can buy the lp here; it’s great. Happy weekend ! 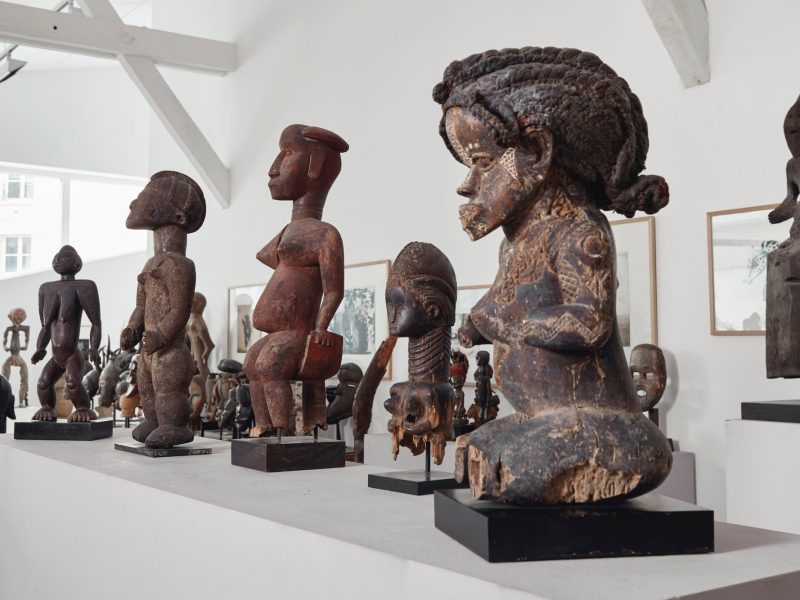 For the occasion for the sale of the African art collection of Liliane and Michel Durand-Dessert, I did a short interview with Imo Dara’s Adenike Cosgrove; you can find it here. One of the subjects..

For newer or younger collectors of African art, which artworks do you recommend they keep an eye on during the auction and what advice would you give them?

A great line I once picked up is “buy with your eyes, not with your ears”, inspiring the name of one of my social media accounts at the time ‘listentoyoureyes’. But, your eyes can fool you—many of the best fakes were made to accommodate Western taste, they were made to please our aesthetic—be aware of that. Key to getting a good ‘eye’ is to try to see as much as possible, to build a visual library in your head that serves as an instant comparison when you encounter a certain object. If you don’t have the time for this, make friends that do and look at an object through their eyes. The African art community is full of people who are willing to share their knowledge and insights (you are a perfect example of that!). Make friends and look together.

Thanks to wonderful initiatives as Imo Dara our community keeps on growing. It excites me when I see how many new young collectors are starting to look at African art. It can be a challenging field to enter, and one has to be courageous to start collecting African art – but information has never been seen easily accessible and knowledge is much more generously shared as before, so the future is looking bright! 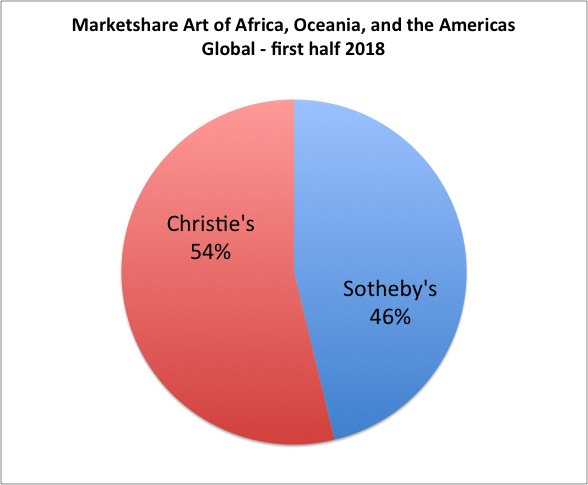 I’m proud to inform you Christie’s has maintained last year’s position of market leader for the Art of Africa, Oceania and the Americas in the first half of 2018. With combined sales of almost 18 million euro, Christie’s was responsible for 54 % of the market (one percent up compared to last year). With two successful collection sales (Prigogine and Durand-Dessert) a various owners sale in Paris and a curated sale in New York, we maintained our strong position in this competitive market. Focussed solely on Paris, where we held the first and last major sales of this auction season, and not taking into account our Prigogine sale, we have a market share of 72% for the Art of Africa and Oceania ! 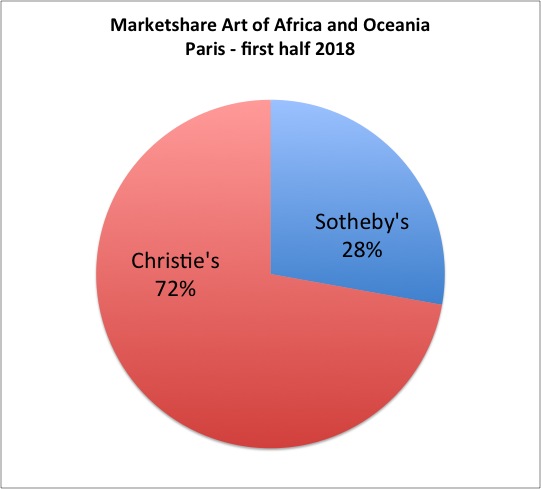 But our job is much more than just the numbers. Last week, it was an incredible honor and privilege to bring the Durand-Dessert collection to the market. It turned out to be much more than a sale, it was a manifest, renouncing the classical canon to valorize the multivalent arts of the African continent. Time will prove it was an important momentum for fragmented objects and the arts of Nigeria – two clusters which defined this visionary collection. Furthermore, we continue to grow our international base of collectors and increase the visibility of the art we love so much in the international art scene. I can’t reveal too much just yet, but we are now looking forward to an exciting second part of the year. Highlights of our sale on 30 October will be on view during Parcours des Mondes in Paris in September. But for now, let me wish you happy holidays and a great summer !

ps don’t hesitate to contact me if you would be interested in consigning objects with us for our sale in Paris in October !