Here’s a fun fact about the new African American History Museum in Washington D.C.: the specific pagoda-like form was inspired by the top element of a Yoruba veranda post ! The building’s architect, David Adjaye, spotted the post (made by the famous sculptor Olowe of Ise) in an overlooked corner of the Museum Five Continents in Munich when designing the museum.

In fact, the Munich museum owns two posts by Olowe, one now is on long term loan to the African American History Museum, while the other remains on display in Munich. Both were carved circa 1930 and formerly in the residence of the Ojomu of Obaji in Akoko – before being collected by Gerd Stoll (from whose collection the museum acquired them). 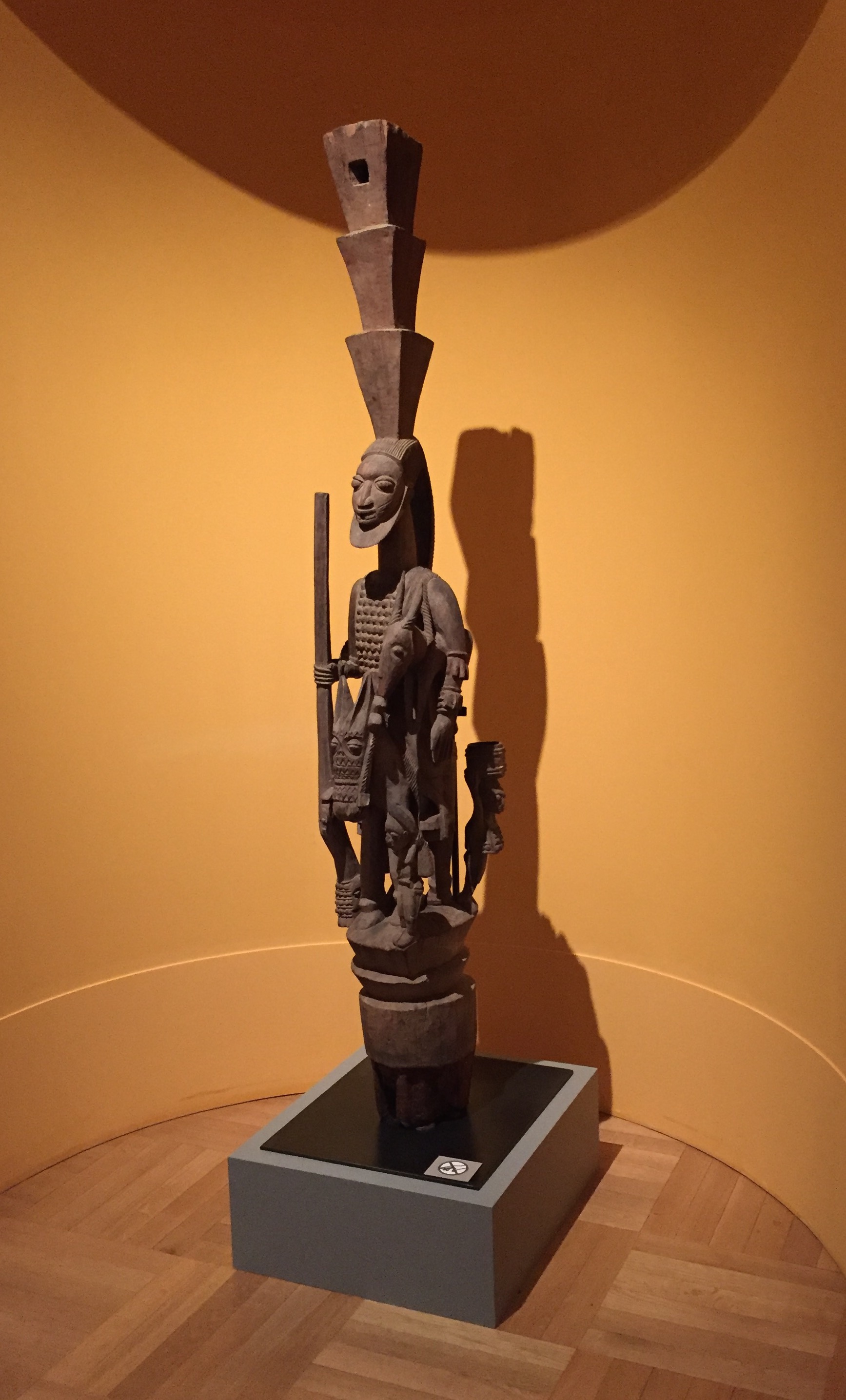 In this article in the Washington Post, David Adjaye, the sought-after British architect and son of Ghanaian diplomats, said he wanted to provide a “punch” at the end of the “row of palaces,” as he referred to the other museums at Washington DC’s National Mall. And the architecture needed to “speak the story of the museum, the origins in Africa,” he said, and not be another “stone box with things in it.” Adjaye recalls coming across a wooden sculpture of a man wearing a crown by the early-20th-century Yoruban artist Olowe of Ise. Adjaye had seen similar forms in Benin, in fragments of doors and posts and pillars. But the connection to the Yoruba, one of the largest ethnic groups in Nigeria, was more meaningful. A 2015 Oxford University study found the majority of African Americans and modern-day Yoruba people in West Africa have a similar ancestry, confirming that the region was a major source of African slaves. He sent an image of the sculpture to his collaborators. No other ideas were considered. “I think all of us were captured by it,” said Hal Davis of SmithGroupJJR. Surely it must be the only building in the world that is inspired by African art !

ps in several online articles this segment erroneously is described as a ‘crown’, surely it was merely a structural element to connect the figure with the veranda’s roof – as you can see on the field-photo below. However, I do recall the number ‘3’ has some symbolic meaning among the Yoruba, but I don’t have the time to dive into my books right now.