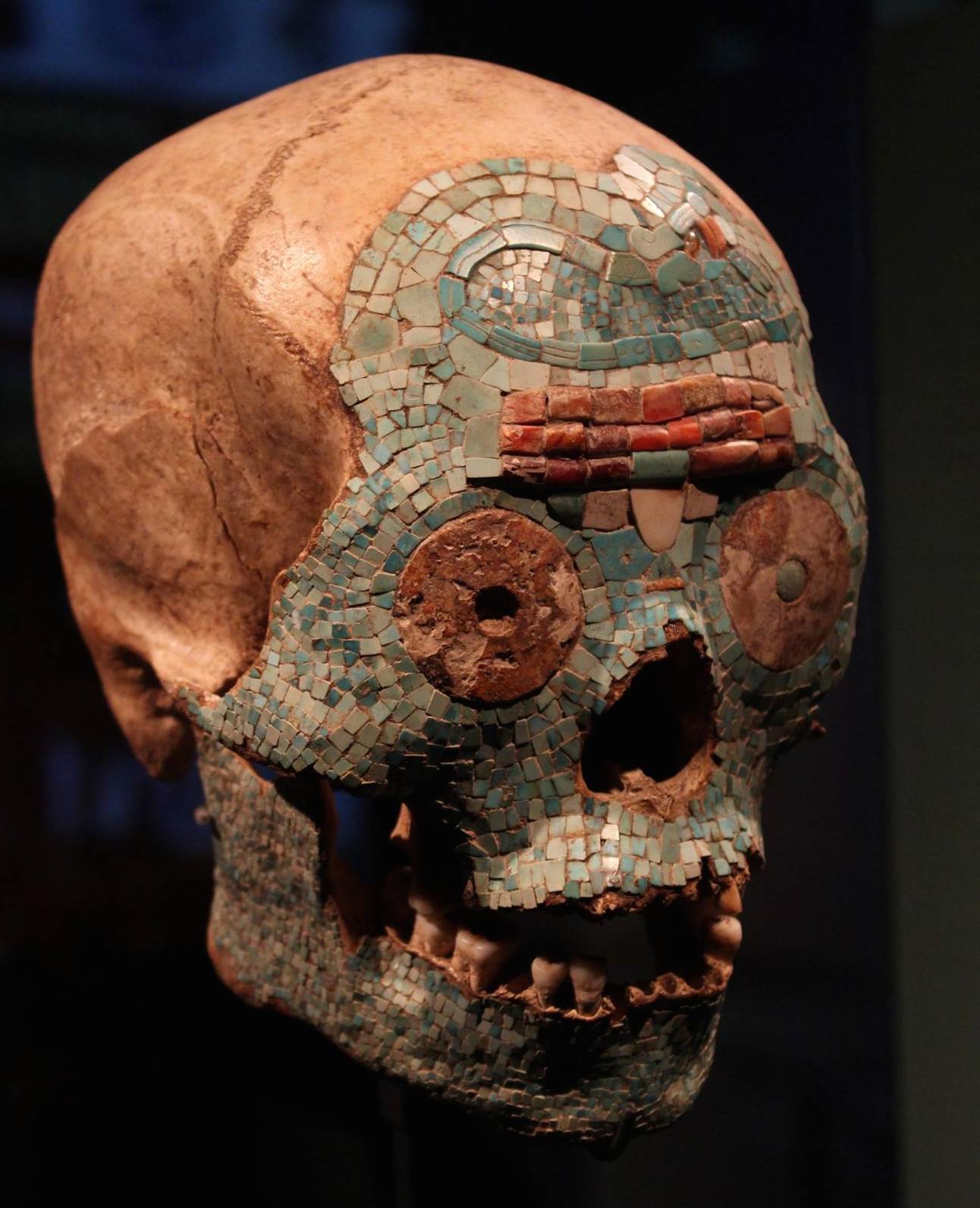 This is not a blog about pre-Columbian art, but the story was too interesting not to share. Last week, Michel Berger, of the National Museum of Ethnology in Leiden (The Netherlands), revealed that the 800-year-old Mexican skull decorated with turquoise mosaic, for decades believed to have been a masterpiece of Mixtec art in fact is a forgery. The museum bought the piece in 1963 for the equivalent of around $20,000 and was seen as a striking example of ancient Mesoamerican art. An intensive four-year study on the skull, one of only around 20 in existence world-wide, however showed a 20th-century glue was used to mount the mosaic on the skull – although radiometric dating had shown both the skull and the turquoise were from the correct time period and origin and ‘authentic’. The teeth, on the other hand, were much younger as they were too well preserved for a skull that lay underground for centuries.

An investigation into possible skull-duggery was launched after the museum’s conservator Martin Berger received a telephone call back in 2010 from a French colleague in Marseille. The colleague told Berger they received a similar skull from a private collection and that person who donated the object had doubts about its authenticity. Berger told a Dutch newspaper he suspects the fake was mounted by a Mexican dentist back in the 1940s or 1950s, when Mexican archeological sites were subjected to large-scale plunder and dealing in artworks like those of the Mixtecs was a lucrative business. Asked whether he was disappointed by the revelation, Berger told the newspaper: “No. In actual fact it’s given us a bizarre story and that’s exactly what museums want to do, to tell stories. It remains as one of our masterpieces — except, we’ve changed the information on the sign board. In any case, said Berger, the skull is only a “partial forgery”. “The skull as well as the turquoise are unique archaeological material. Only, the Mixtecs themselves didn’t do the glueing,” he said.

All findings of the investigations are currently presented at the museum’s current exhibition, Masterpieces under the microscope, which runs until November 2017 (info). The case got a lot of media attention in The Netherlands and surely will be able to draw new visitors to the museum, so it’s not all bad news in the end. 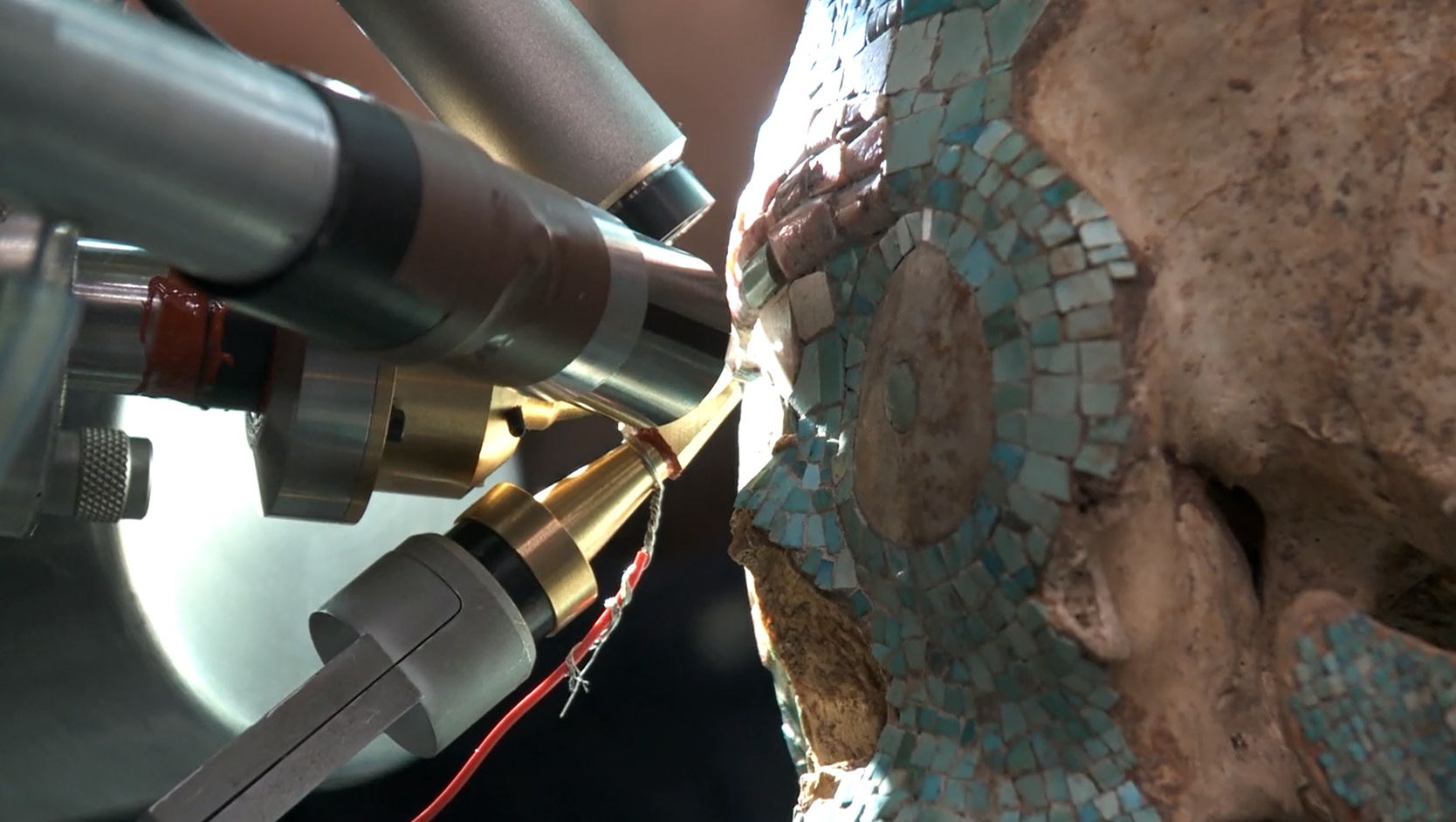