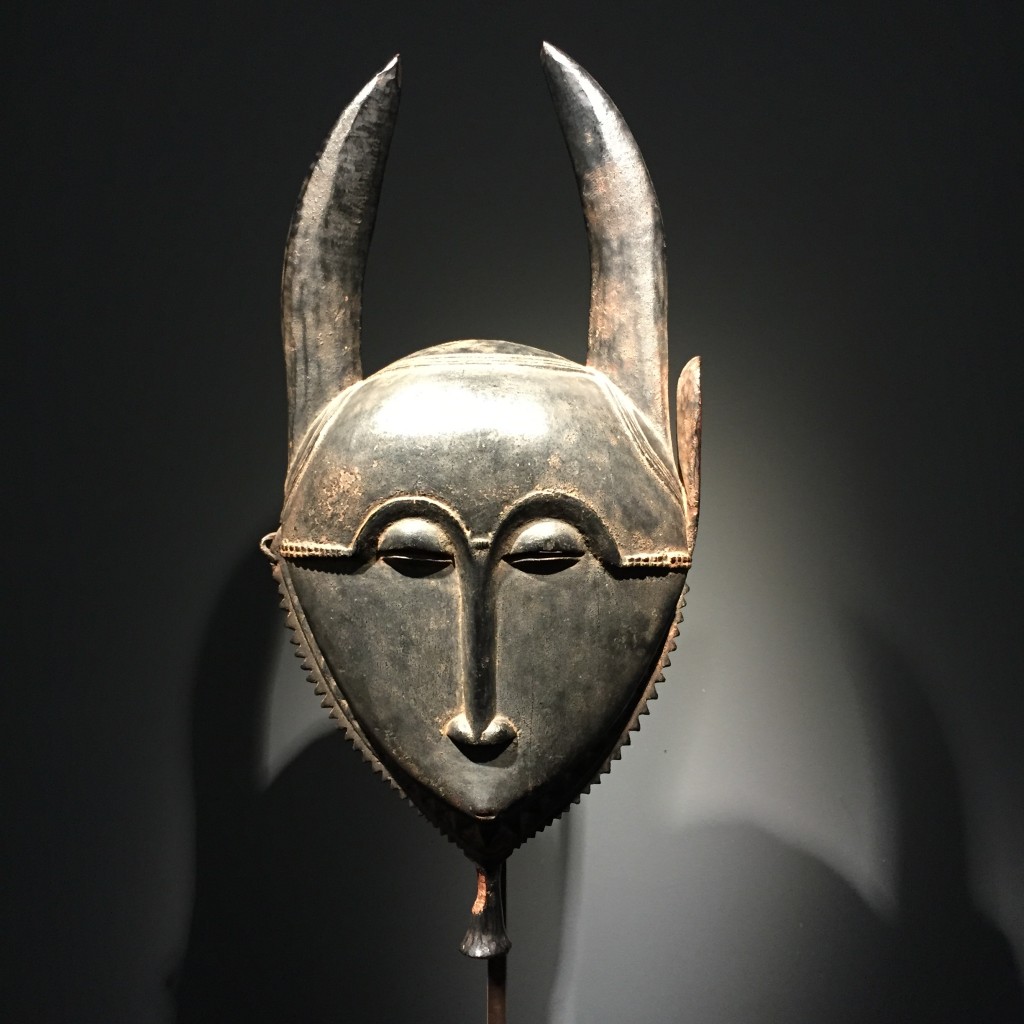 The 14th edition of Parcours des Mondes again was a big success*. With a baby at home, I only spent 3 days in Paris, but I succeeded in visiting every gallery at least once. I had never seen the galleries so crowded on the opening day, and it was not uncommon to find more than a dozen collectors in one gallery at the same time, so I would say visitor numbers were higher than ever before. The dollar being in a better situation than last year (or should we say the euro in a weaker position) certainly helped attracting more US collectors than the previous years.

*at least for the visitors, I’m not aware of the number of sales on the dealer’s end..

My favorite object in Paris was a Yaure mask presented by Olivier Castellano that succeeded in giving me goosebumps. As so many top Ivory Coast objects, it came from the Bediat collection. Not surprisingly it was sold immediately on the day of the opening for a six-number figure. Of an outstanding refinement, yet so simple in its rendering of the human face, this mask still haunts me after two weeks – in a good way. Probably one of the most talked about objects was an exceptional Kongo figure presented by Philippe Ratton. Still with all its original adornments intact and with its head slightly turned to the right, this statue was of a quality one normally only encounters in museums. 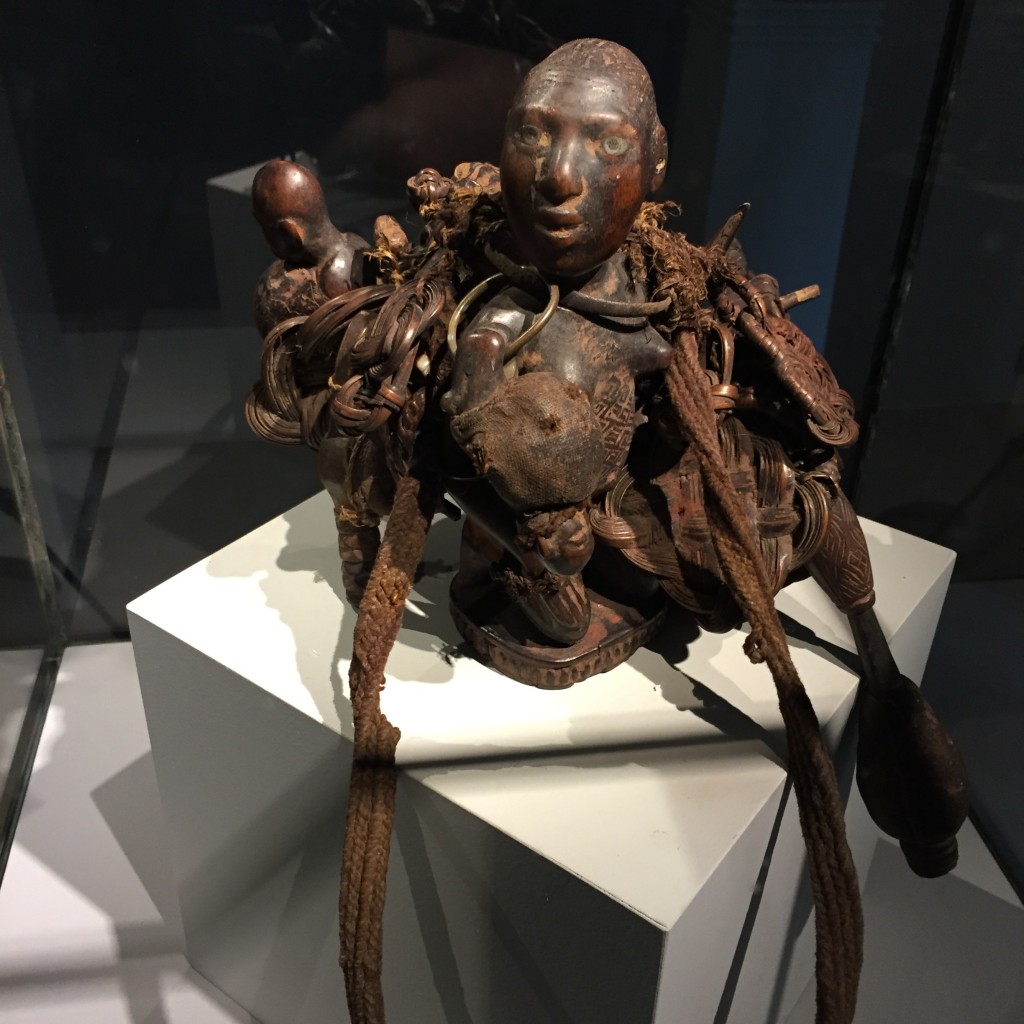 As always, there were a lot of thematic exhibitions, although some dealers were honest enough to call their theme ‘Latest acquisitions’. As said in my review of last year’s edition (here), for most of us the fair is about discovery anyway. Still some dealers did the effort and succeeded in creating remarkable exhibitions. Personally, I was very charmed by Jean-Yves Coué’s Madagascar show, perhaps a bit too ethnographic for many, but with a selection of objects one rarely gets to see. Impressive as well, was the “Animals” show of Lucas Ratton, in both quantity as quality. Joshua Dimondstein was brave enough to show a selection of (nowadays not so popular) heddle pulleys from Ivory Coast, and, also from the US, Bruce Frank presented a collection of something what I guess only the specialists knew before: terracotta masks from Papua New Guinea. From Spain, David Serra had brought with him a collection of fascinating Lhoro bronzes. 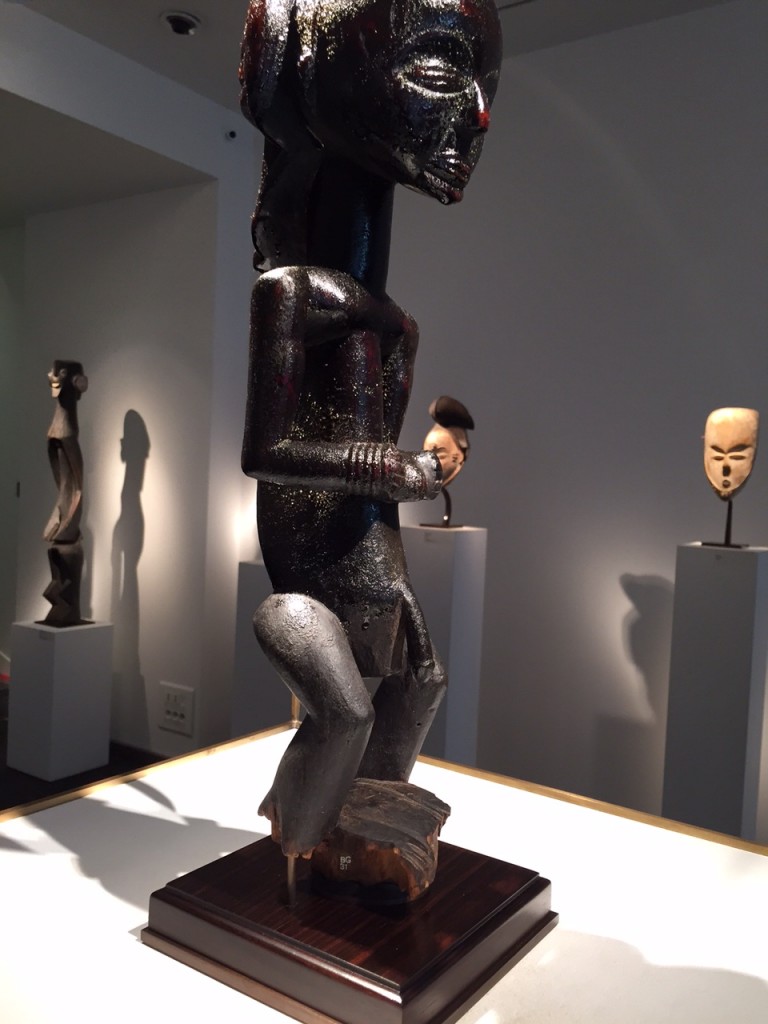 Good to see back was the Luba figure from the Warua Master (sold by Sotheby’s NY earlier this year; info), on view at Bernard Dulon – now without the ugly restoration of the feet and its oily patina dust-free, an improvement. I did miss Arte Y Ritual, who were not participating this year and usually a must-see, but Martin Doustar filled the hole they left and put up an impressive mask show in their old space – unfortunately with one of the star pieces still stuck in customs. Across the street, Bernard de Grunne had brought a small but outstanding selection, including a blocky and powerful Northern Congolese statue, which was juxtaposed beautifully with a slim elongated Fang figure – a view I will not forget quickly. 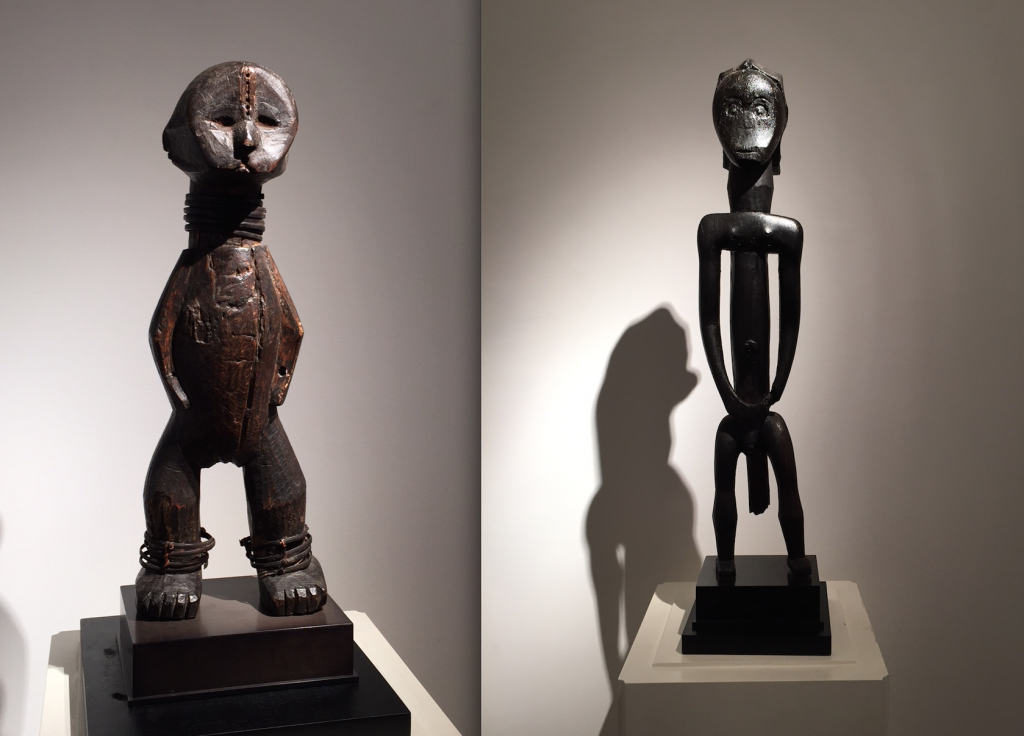 As said earlier here, this year was the first edition that included galleries specialized in Asian art; twenty renowned dealers with specialties in Chinese, Japanese, Himalayan, Indian, and, Southeast Asian art were exhibiting, so there was a lot extra to see. Most of what I saw was of an outstanding quality and especially the galleries of Marcel Nies and Jacques Barrere left a strong impression on me. I did see African art collectors going into the Asian art galleries so the interest definitely was there – but since I don’t recognize the Asian art aficionados, I don’t know the statement holds true the other way around. Anyway, a sign of the success of the fair’s enlargement might be the fact that yours truly brought home a 13th century Indian bronze purchased from Frederic Rond – who is based in Alain Lecomte’s old gallery (and thus on familiar territory). 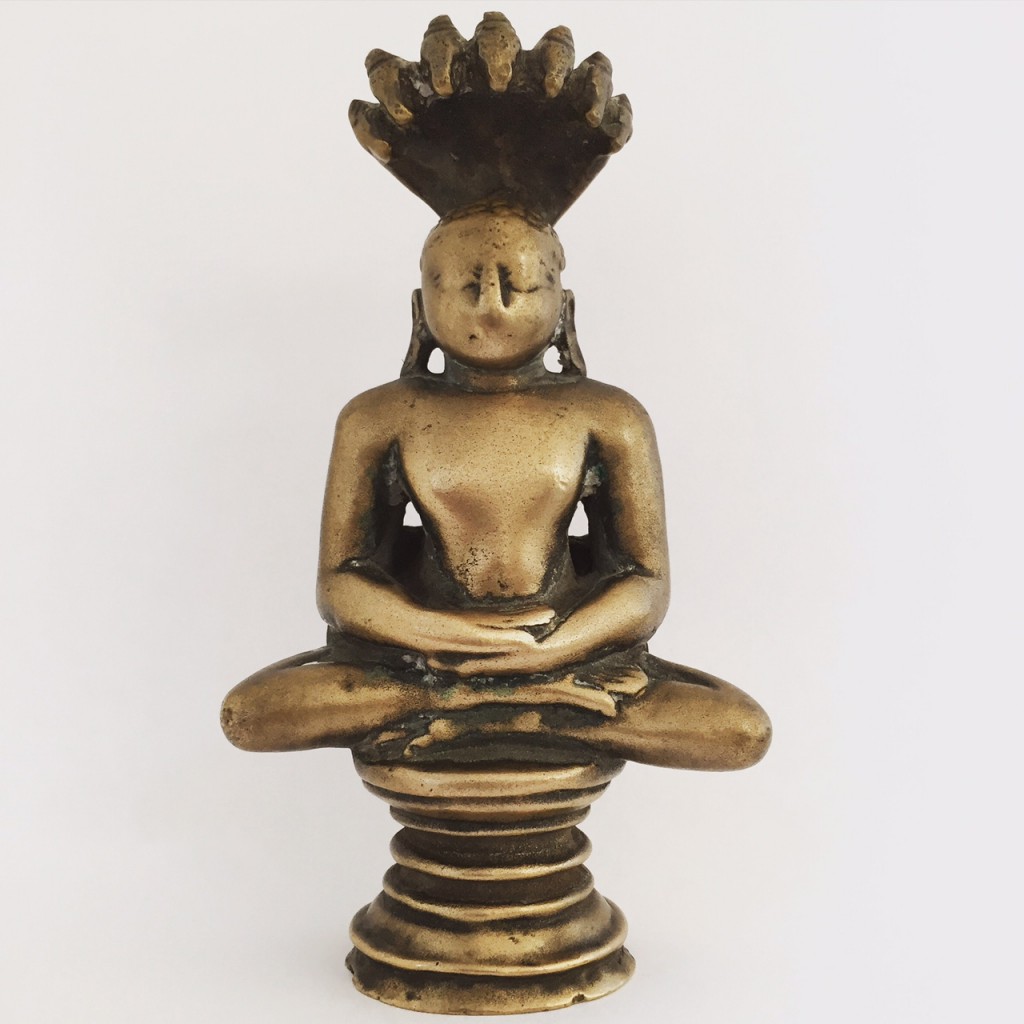 Parcours des Mondes (which means ‘Journeys through Worlds’) this year thus was truer to its name than ever before. It was, again, a flawless edition, so many compliments to its organizers for all the hard work behind the scenes. Parcours through the years has become much more than just an ‘open doors’-type event; it has become the start of our ‘season’ and the place where one sees one’s friends back in the beautiful Parisian quarter that is Saint-Germain-des-Prés.