Thanks to a tip of a kind reader, I’ve been able to localize the Baule figure featured in the previously described “La maladie noire” postcard: it’s currently held by the Barnes Foundation (info). Albert C. Barnes in all likelihood acquired it directly from Paul Guillaume between 1922 and 1924 (like the majority of the collection).

Further sleuthing revealed the original black&white image of the statue which Albert Guillaume used as an inspiration for his postcard; it was published in 1926 by Thomas Munro and Paul Guillaume in Primitive Negro Sculpture” (p. 89 & 91, #21). Albert Guillaume only slightly exaggerated the buttocks and clearly truthfully reproduced the statue in his postcard.

This makes this postcard even more exciting, as it may have represented an event that really happened – so I started wondering about all those characters: the portrayed collector might be Dr. Albert C. Barnes himself (although he was not bald). Anyhow, the man behind him clearly is no one other than Paul Guillaume ! Note his typical mustache and hairdo. 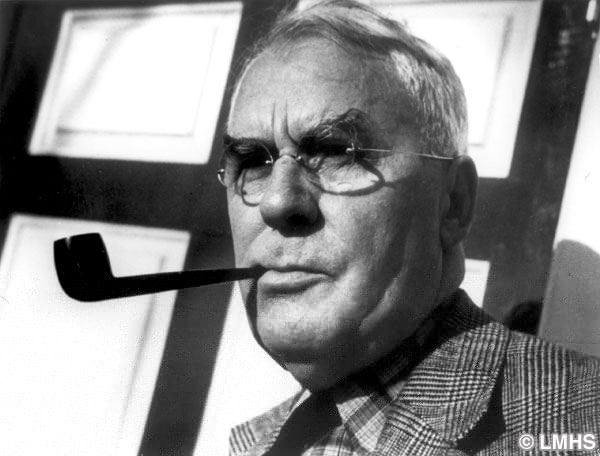 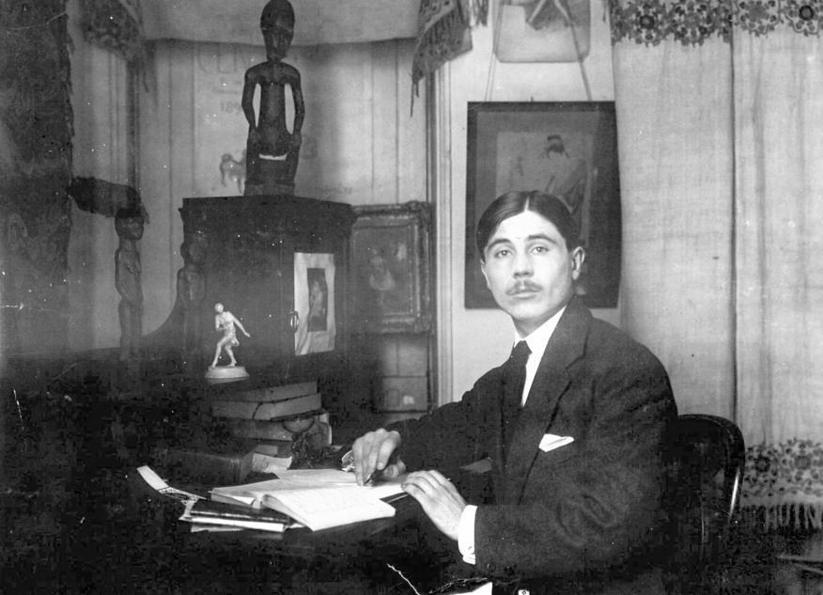 In the just-published catalogue about the African Art collection of the Barnes Foundation (details here), where the sculpture is published as Plate 20b, Susan Vogel notes (p. 132) that “the figure was among the most expensive African sculptures that Barnes acquired, and it remained one he considered very important: he had it reproduced in tile at the museum entrance and it was prominently published”. Barnes himself published the figure as 14th century in an essay, “The Temple” in the May 24 issue of Opportunity (reproduced by Christa Clarke on p. 57). That date might seem funny, but know that Paul Guillaume used to attach metal labels with such dates on the Inagaki bases he had made for his objects 🙂

ps apologies for the radio silence on my blog these last weeks, I was very occupied with the Paris auctions – on which more later..

UPDATE: a reader has suggested the man on the left in all likelihood is no other than the Felix Féneon ! 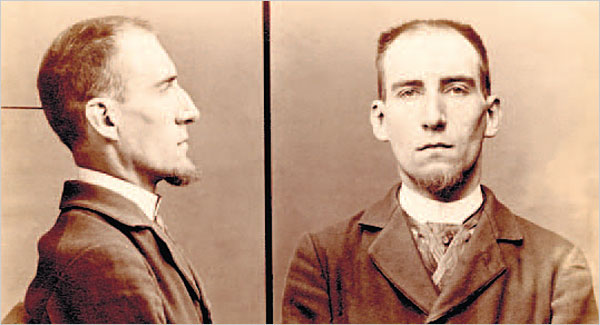 UPDATE2: David Zemanek just informed me that the round object hanging on the curtains in the back in fact is a Songye dance shield – Bonhams sold a similar (rare and unusual) shield in 2007 (info).

One reply on “The Baule figure in “La maladie noire” identified”

[…] UPDATE 2: in the meantime, I was able to localize the Baule statue and identified two of the featured persons – read all about it here. […]