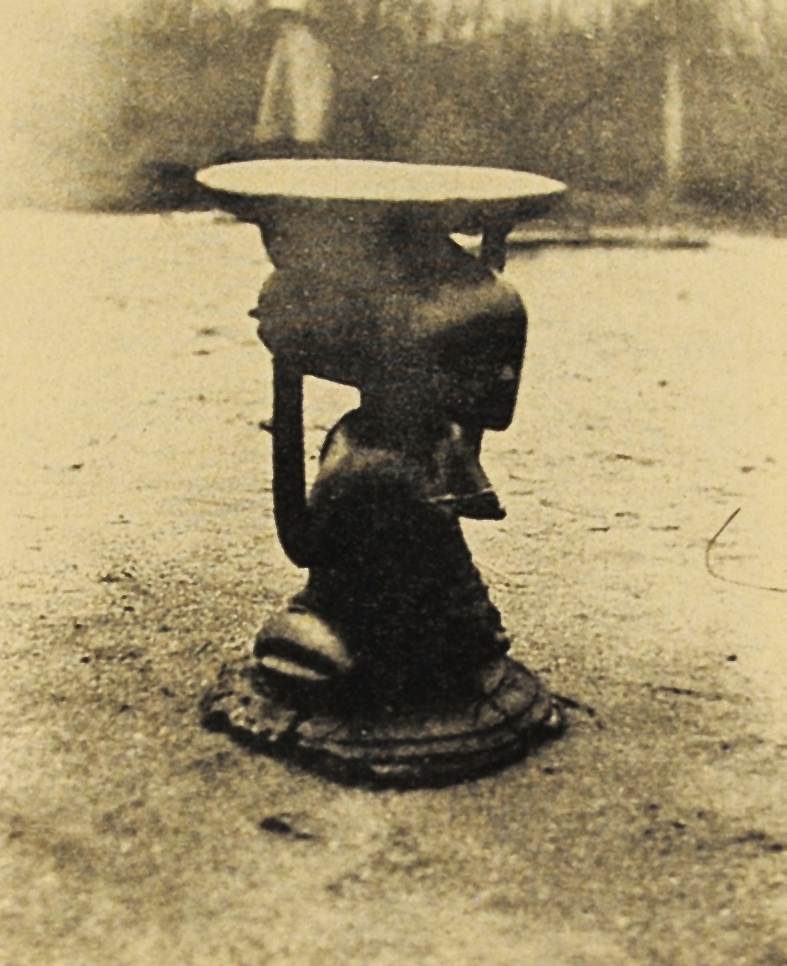 When discussing the correspondence between traditional Luba hairstyles and cicatrization, and the coiffures and body decoration on their chiefly stools, one often encounters the following quote from William Burton’s excellent study Luba religion and magic in custom and belief (1961, p. 24):

So petrified have become the customs of the present in the traditions of the past, that we have known women to go two days journey to see the stool of the chief at Nkulu, that they might settle some little matter as to the correct vogue in cicatrization marks. This stool, carved at least 150 years ago, still sets the fashion, to certain of the Luba in cicatrization.

Burton’s observations are important in that they suggest that, not only did the artists who made the Luba stools copied actual hair and scarification styles, but also that they set a standard of fashion for succeeding generations.

Note that well known is that Burton also photographed this stool in the 1920s, as illustrated above. Unfortunately the details of this field-photo are not very clear – which might explain why this picture hasn’t been published much. However, after some sleuthing I was able to track down this stool (which fortunately survived time) and we now can finally see the cicatrization patterns in detail (click on the picture to zoom). 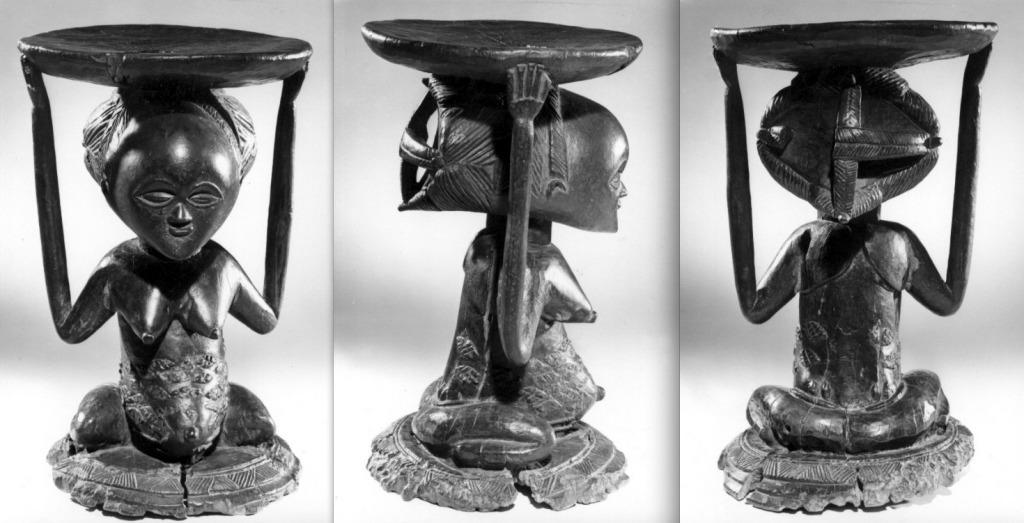 This stool was sold by Sotheby’s London on 17 June 1991 (lot 150); the Belgian dealer/collector who bought it for £ 63,800 presumably being aware of its importance. Interestingly enough, Burton’s original caption accompanying this field-photo stated: “Stool of office of Nkulu chiefs, 250 years old. Insignia of office carried even in war”. Especially the supposed age of this stool is remarkable; Burton’s informants stating it was made in the 18th century. This shows that many Luba regalia may in fact be much older than we think.