Last December, an art video by Duncan Campbell featuring African art won the Turner Prize, now another installation with African art has won a second UK art prize: a work by Theaster Gates – including a Bamana boli figure – won the Artes Mundi 2014 prize. Theaster Gates beat nine others on a shortlist drawn from more than 800 entries with his installation A Complicated Relationship between Heaven and Earth, or When We Believe.

Chicago-based Gates took first prize for his installation which he says challenges the dominance of Christian ideology in the western world.

Gates has brought together a group of objects to explore the relationships between the invisible mysterious workings of spirit and labour. These objects from different continents and cultures have been used by people as vehicles to realize their individual ‘higher selves’. They include a boli from Lai to ward off spirits, a goat on a bike used in Masonic initiation ceremonies, slates from the roof of a church in Dorchester and the performance Billy Sings Amazing Grace. This collection of symbolic objects challenges the Eurocentric mapping of Christianity that marginalizes other religious traditions.

Describing his winning work, Gates said it “contemplates how objects have been used as signifiers of power and perhaps reopens them to be real instruments for accessing belief”. 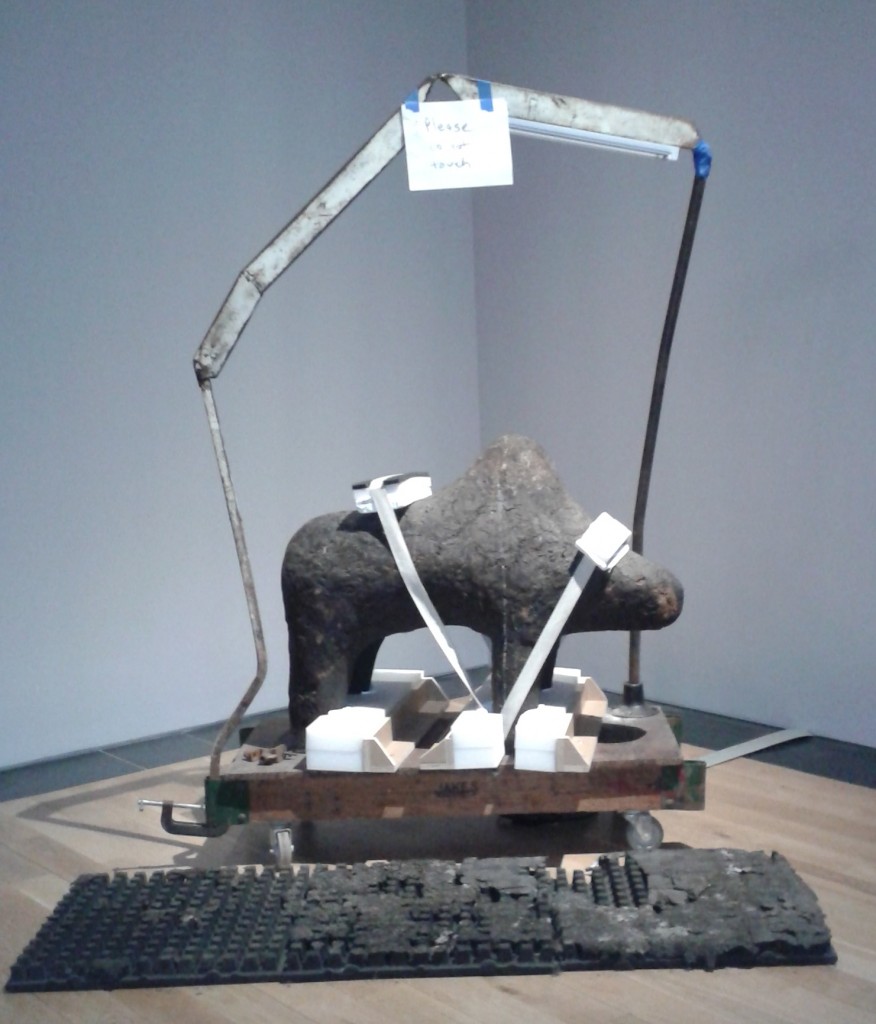 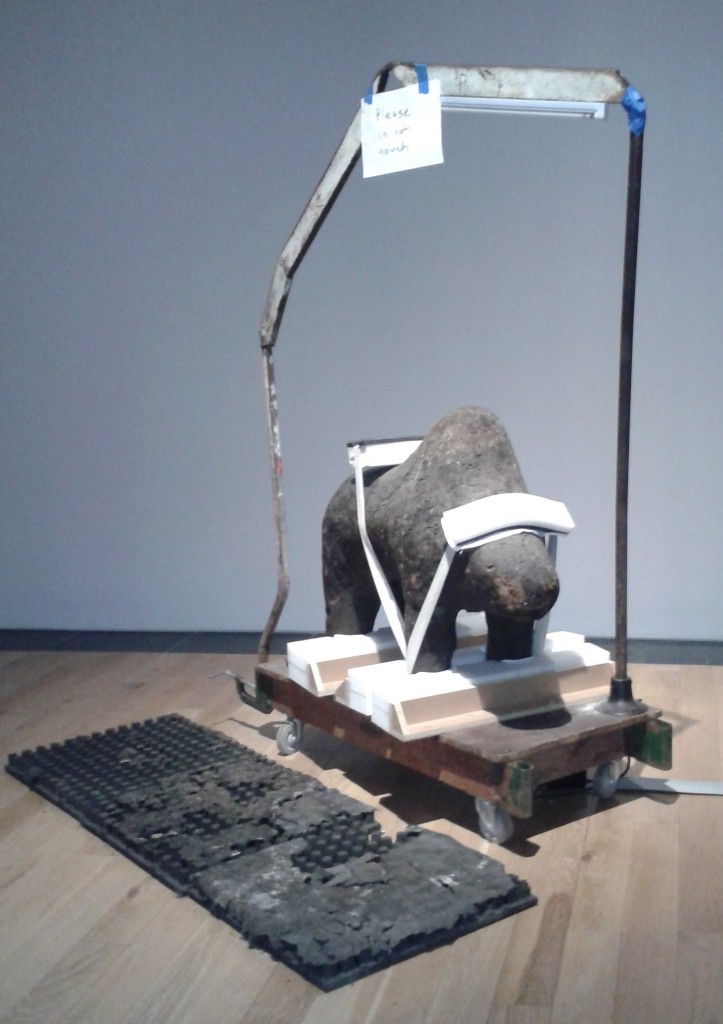 With thanks to Philip Keith for the pictures and notice.