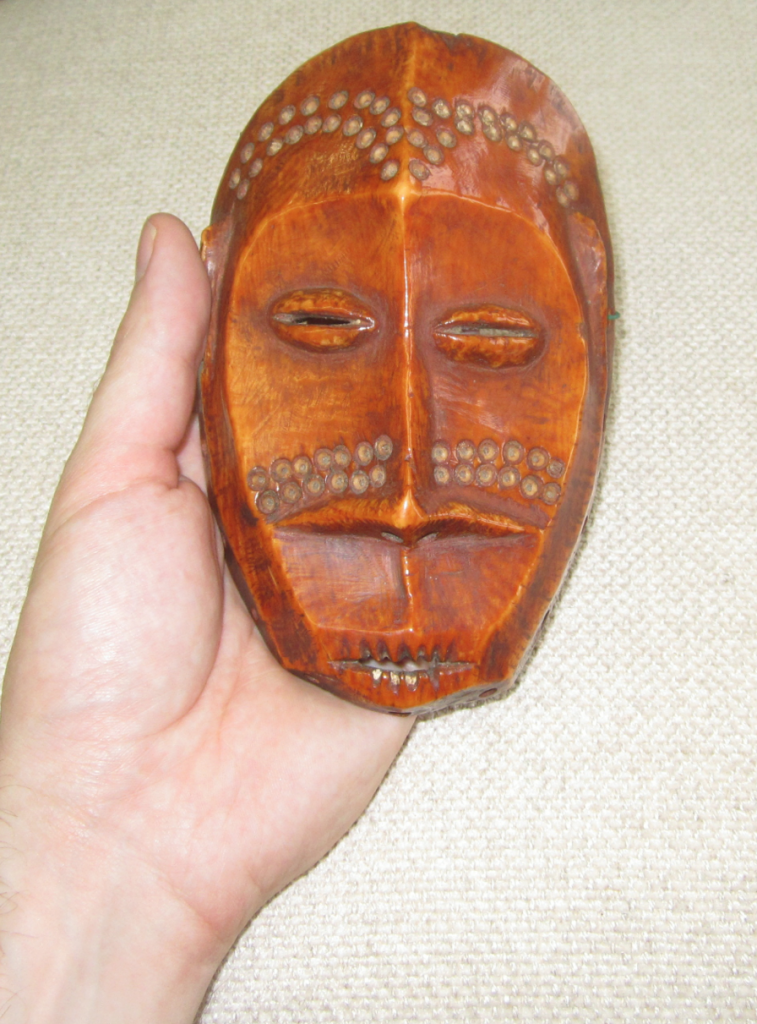 The above Lega mask – 15,3 cm high – was sold at auction in The Netherlands earlier this month. The grandfather of the Belgian owner had collected it between 1906 and 1909 while working as a cartographer in the then Congo Freestate. With an estimate of only € 15,000-20,000 this little mask obviously attracted a lot of attention. It is a very rare opportunity to find a previously unknown ivory Lega mask of this quality, so I was convinced it wouldn’t stay unnoticed. Well, this little treasure didn’t sleep and in the end sold for € 300,000 (without costs) – probably the same result if it would have been sold at one of the bigger auction houses. After having spent fifteen minutes with it, I can say it’s totally worth it.