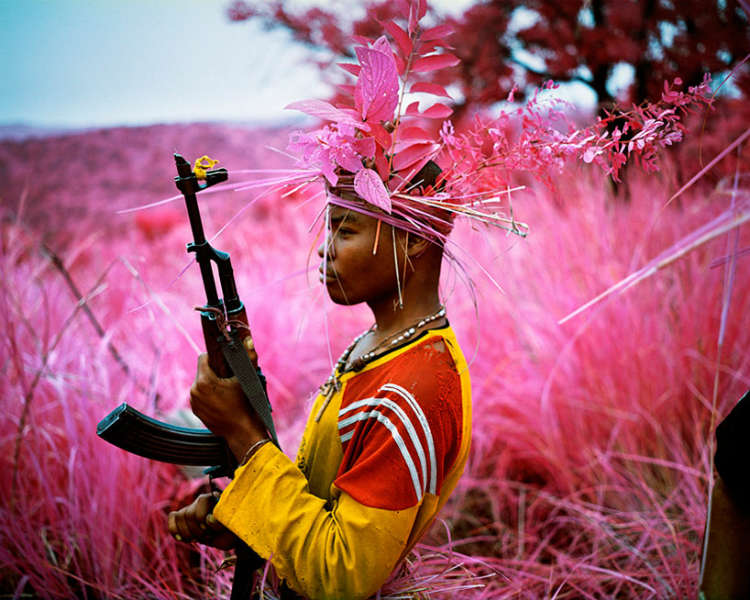 Antwerp’s Photo Museum is currently showing one of the highlights of last year’s Venice Biennale: The Enclave by Richard Mosse. This multimedia installation documents armed rebel groups in eastern Democratic Republic of Congo and was shot entirely using a discontinued 16mm surveillance film that registers an invisible spectrum of infrared light. Originally used by the U.S. military in the 1940s for camouflage detection, it renders the most lurid jungle war zone in a pink palette that is both gorgeous and surreal. It sheds a very special light on a conflict and region that unfortunately has remained largely unseen.

The piece comprises six large screens with twelve point surround sound, creating a layered and kaleidoscopic experience, highly aestheticized yet firmly grounded in harsh reality. It is a looping, non-linear narrative which documents civilians fleeing massacre, Mai Mai militia preparing for battle (in a rather ‘tribal’ manner), as well as M23 rebels moving on, fighting for, and finally taking the city of Goma. This humanitarian disaster unfolds in a landscape of extraordinary beauty, on the shores of Lake Kivu. 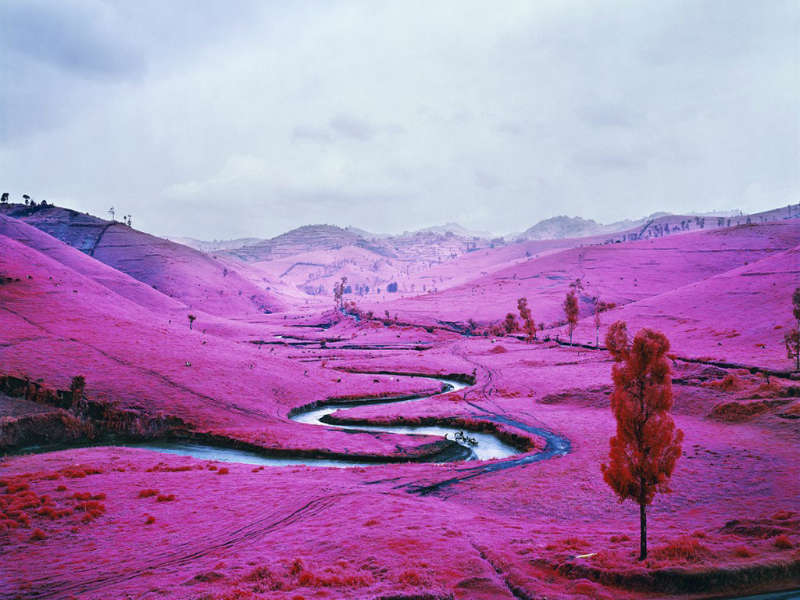