Subject of an upcoming single-object auction, the above Guro mask might so far be one of the most important rediscoveries of 2014. It was published only once, by Nancy Cunard, in Negro: Anthology (London, 1934, p. 663). This rare book recently was the subject of an exhibition at the quai Branly museum (info). Formerly in the collections of André Breton & Charles Ratton, this mask disappeared from the public eye since 1931. It’s reappearance on the market, after being ‘lost’ for more than 80 years, is thus quite an exciting event. You can read all about the mask in the catalogue here. The text by Bertrand Goy includes a very interesting paragraph (in French) on the Guro, the history of their discovery and this master carver.

As icing on the cake, this mask is visible on two photos taken in the apartment of André Breton, rue Fontaine, ca. 1924 and ca. 1927. 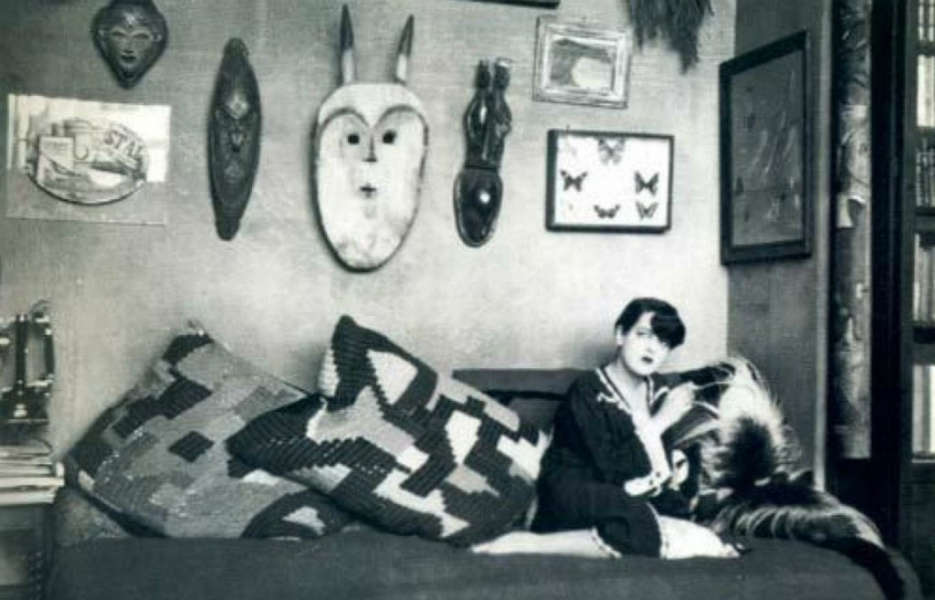 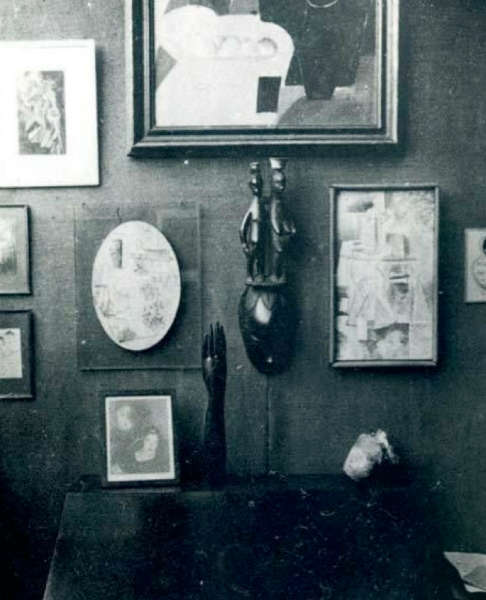 Crowned by a lovingly embracing couple, this mask can be attributed to the so-called ‘Master of Bouaflé’. The choice of this village for naming this talented sculptor happened quite arbitrary apparently. Bouaflé or Buafle is a town in the southeastern part of the Guro territory, close to the Yaure border. However, it’s not sure that this artist, active prior to 1920, ever lived there. Though many works of this ‘master’ are known, only one other mask of this specific type exists. Housed at the Yale University Art Gallery, it is however difficult to attribute this mask definitely to the same artist since it lacks the same refinement and is partly repainted.

One reply on “Object of the day: a rediscovered Guro mask by the Master of Bouaflé”