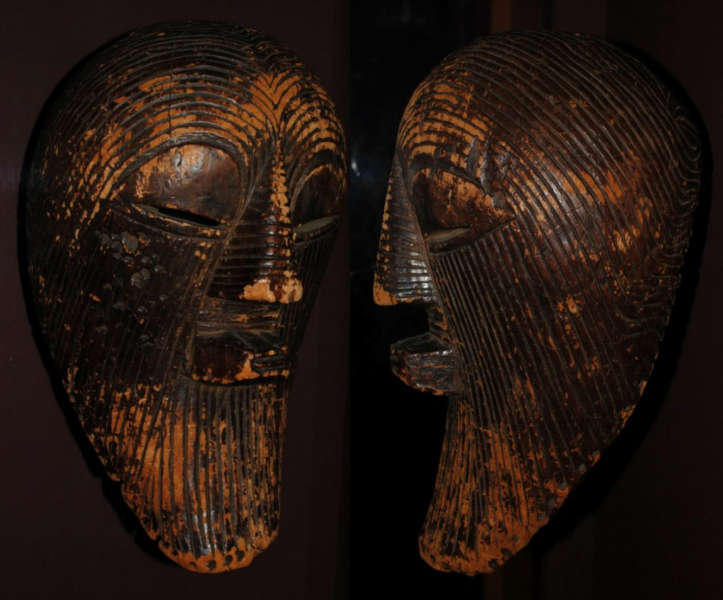 Currently on view at the Initiates exhibition at the Musée Dapper in Paris, the above Songye kifwebe mask was the first to arrive in Europe in the late 19th century. It was collected by Liévin Vandevelde (1850-1888), a Belgian colonial officer of the Congo Free State, who gave it to his sister in 1885. Stanley, who Vandevelde accompanied during one of his trips considered Vandevelde ‘his second self’. Vandevelde had assisted the German explorer Eduard Pechuël-Loesche on an earlier trip and would later die during his third voyage in Congo in 1888. In 1885, he collaborated with the government of Angola to eradicate witchcraft in the region. He never traveled in the Songye region and probably acquired the mask from a Portuguese. The Musée du quai Branly holds another famous Songye object collected by him, the incredible headrest illustrated below.