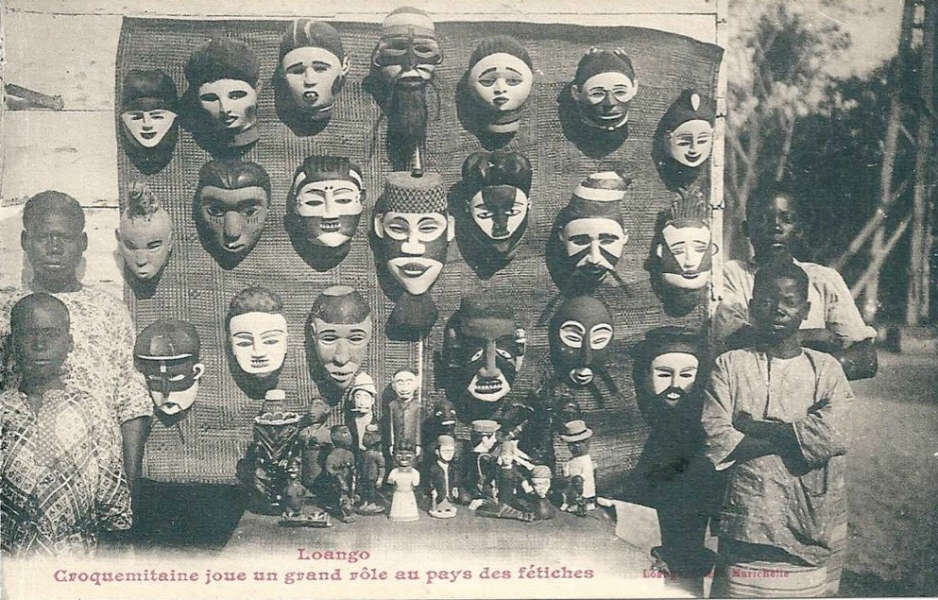 Earlier this month BrunoClaessens.com silently celebrated its first birthday. 230 blog posts later, the site has been visited more than 40,000 times from 139 different countries. Currently at 280 daily visitors, I’m very happy with its success. Thanks everybody – especially for putting up with my faulty English.

The ten most read posts of this first year were:

Upcoming is a new & improved way to browse the labels & inscriptions, but more on that later !

With a total result of $ 5 million (including buyer’s premium), the second part of Sotheby’s sale of the Allan Stone collection failed to outperform the first part (reviewed here) – which did more than twice as good at $ 11,5 million. The statistics don’t give a very positive image: of the 91 African art lots, 38 (or 42 %) sold below the low estimate – a sharp contrast with the first part last November, were 65 % of the sale sold above the high estimate. Additionally, 14 objects failed to sell. 14 objects sold within their estimate and 25 (or 27,5 %) above their high estimate. By lot, 85 % was sold (not much less than the 94 % in the first part), but in almost half the cases below the estimate; and with 10 lots at half the low estimate. Luckily for Sotheby’s, the reserves apparently were rather low. Next to the fact that the estimates might have been too steep, there wasn’t much action in the sale room either. In comparision with the first part, not that many European dealers were present. Due to the lack of exuberant record prices, I had the feeling not as many collectors from other art segments were bidding either. I guess the African art market just got a little bit smaller again. Besides, there’s a limit in what this small niche market can absorb within a certain period of time.

Though not very well known, the African collection at the Penn Museum is one of the largest collections in the US. This collection includes approximately 15,000 ethnographic and 5,000 archaeological objects and most of the collection was obtained between 1891 and 1937. A large part was purchased in 1912 from pioneer African art dealers like William O. Oldman from London and J.F.G. Umlauff from Hamburg. About 3000 objects were collected in the Belgian Congo by the German ethnographer Leo Frobenius on his expedition to the Kasai district in 1906. A smaller group of 89 objects was collected by Emil Torday in the same region.

Additionally, the Penn Museum also has one of the most extensive Sherbo Island collections in the world. Collected by H. U. Hall during a University Museum sponsored expedition (1936-37), these 700 objects related to the Poro Secret Society and the Sande secret Society from Sherbro Island are meticulously documented. Lastly, in 2003, the museum acquired a gift of 1500 artifacts from the Philadelphia Commercial Museum (also known as the Philadelphia Civic Center Museum). Many of the objects in that collection were exhibited at the Paris Exposition Universelle Paris 1900 and the French Colonial Exposition of 1889.

You can browse the collection here. It’s well worth a visit; you’ll be amazed by what they have. The 1912 provenance is of course very interesting. Note that you have to be creative with your search queries; Songye is listed as Basonge and the Hungana ivories I found by searching on Bambala. Tip: search on “Umlauff” or “Oldman”. Unfortunately Frobenius himself is never listed as a provenance in this online inventory. 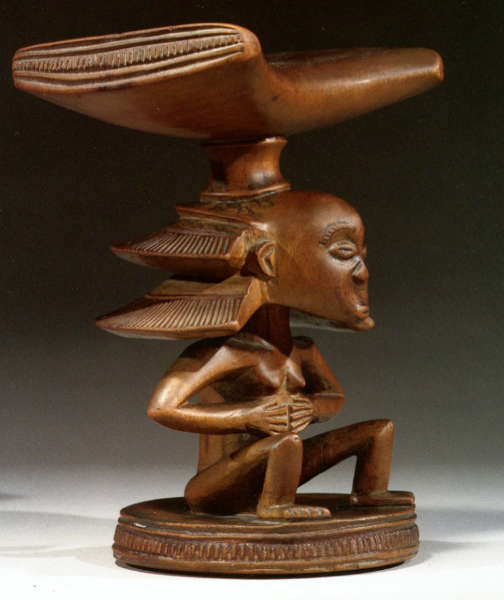 Earlier this year BRUNEAF announced it would participate in the International Antiques Fair in Hong Kong (which runs from 23 to 26 May). Members were given the chance to consign an object from their inventory. You can download a small catalogue here and some pictures of the BRUNEAF booth can be found on the Facebook-page of Galerie Flak. As Henry C.C. Lu writes in his foreword: No matter if in Hong Kong or in Mainland China, tribal culture and art have not as yet been taken seriously. Let us hope this event can change something. Compliments to Bruneaf for trying to break into the Asian market.

After the Yale University Art Gallery, Getty Museum and Rijksmuseum, the Metropolitan Museum of Art is now also offering high-resolution pictures of objects in their collection free of charge. Cheers for the MET! I hope Paris’ quai Branly & Tervuren’s MRAC are taking note.

Thomas P. Campbell, Director and CEO of The Metropolitan Museum of Art, announced on May 16 that more than 400,000 high-resolution digital images of public domain works in the Museum’s world-renowned collection may be downloaded directly from the Museum’s website for non-commercial use—including in scholarly publications in any media—without permission from the Museum and without a fee. The number of available images will increase as new digital files are added on a regular basis.

In making the announcement, Mr. Campbell said: “Through this new, open-access policy, we join a growing number of museums that provide free access to images of art in the public domain. I am delighted that digital technology can open the doors to this trove of images from our encyclopedic collection.”

The Metropolitan Museum’s initiative—called Open Access for Scholarly Content (OASC)—provides access to images of art in its collection that the Museum believes to be in the public domain and free of other known restrictions; these images are now available for scholarly use in any media. Works that are covered by the new policy are identified on the Museum’s website with the acronym OASC. (Certain works are not available through the initiative for one or more of the following reasons: the work is still under copyright, or the copyright status is unclear; privacy or publicity issues; the work is owned by a person or an institution other than the Metropolitan Museum; restrictions by the artist, donor, or lender; or lack of a digital image of suitable quality.)

OASC was developed as a resource for students, educators, researchers, curators, academic publishers, non-commercial documentary filmmakers, and others involved in scholarly or cultural work. Prior to the establishment of OASC, the Metropolitan Museum provided images upon request, for a fee, and authorization was subject to terms and conditions.

More info on the Open Access for Scholarly Content (OASC) can be found here. Available objects now have a small OASC marking underneath the image on its online collection page, as well as a download arrow. Unfortunately, with the exception of all objects of the old Benin Kingdom, not a single African object features this marking – at least for now.

Dear readers, just back from a 10-day trip to NY – apologies for the lack of posts. A review of the two Sotheby’s sales is following. In the meantime the catalogue of the next Sotheby’s Paris auction (on 18 June 2014) can already be found online here, as is the one from the next Native sale in Brussels (on 7 June 2014).

Mislabeled as a “Nkishi” female power figure, the Bassa figure from Liberia above will have caused some surprise in a small US auction room yesterday. Estimated at $ 5.000-8.000, and starting at $ 2.500, it sold for $ 75.000 ! It could have been a sleeper, but it was obviously discovered by several parties. A figure by the same hand was recently published by Galerie Schoffel-Valluet, in Côte d’Ivoire – premier regards sur la sculpture, 1850-1935 (on page 109). A rare object.