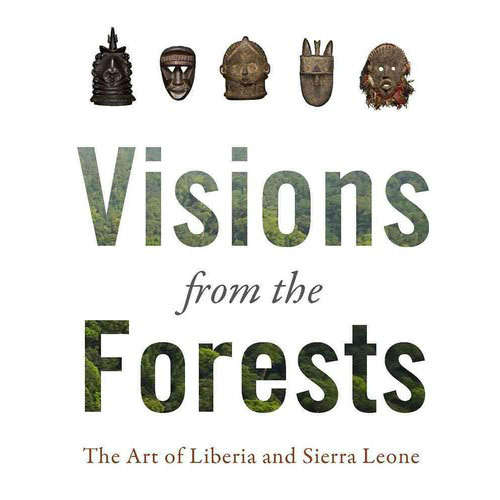 Visions from the Forests: The Art of Liberia and Sierra Leone will be on view at the Smithsonian’s National Museum of African Art April 9 through August 17. The exhibition features some 70 artworks from the collection of William Siegmann (1943–2011) that survey the traditional arts of Liberia and Sierra Leone. Siegmann, a former curator of African art at the Brooklyn Museum, lived and worked in Liberia from 1965 to 1987. While there, he began collecting art from Liberia and Sierra Leone. Siegmann’s collection, particularly rich in masks, provides an overview of the region’s traditional art forms, including numerous objects used in men’s and women’s initiation associations, jewelry and prestige objects of cast brass and horn, small stone figures dating from the 15th to the 18th centuries, and woven and dyed textiles.

The exhibition, making its debut at the National Museum of African Art, is organized by the Minneapolis Institute of Arts in Minnesota. It is accompanied by a scholarly catalog that includes an essay on connoisseurship by Christine Mullen Kreamer, the National Museum of African Art’s deputy director and chief curator and additional contributions by Mariane Ferme, Barbara C. Johnson, Nanina Guyer, Daniel Reed, and Jan-Lodewijk Grootaers. With an emphasis on connoisseurship and the identification of artworks to particular artists or workshops, the exhibition hopes to reveal the deeply personal and scholarly connections forged by Siegmann during his many years of field research in Liberia and Sierra Leone.

Jan-Lodewijk Grootaers, curator of African Art at the Minneapolis Institute of Arts since 2008, is also preparing another important exhibition. “Islamic Africa: Art and Architecture,” opening in March 2016, will examine the social and historical significance of the diverse forms of Islamic art and architecture that have developed in Africa over the last 1,500 years.