I hope you all have a great holiday, wherever you are. Unfortunately we don’t have snow this year, but if you do: be creative ! 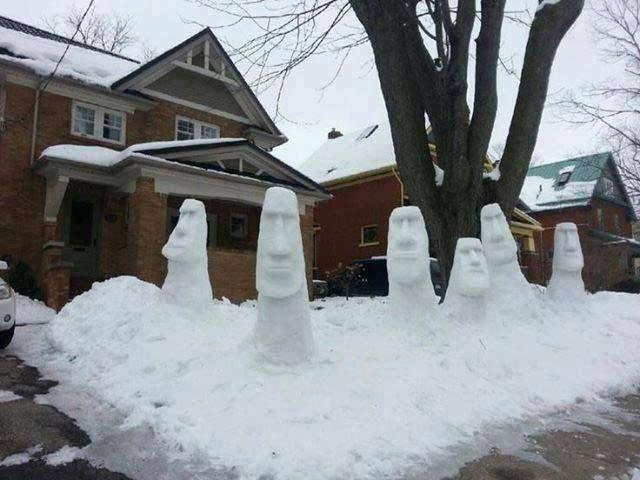 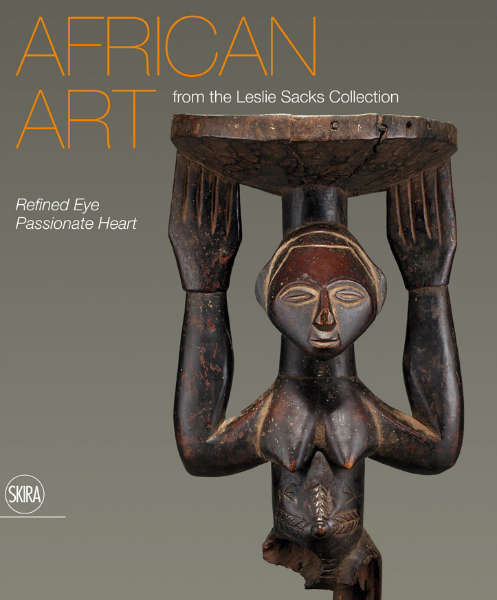 Refined Eye, Passionate Heart: African Art from the Leslie Sacks Collection is a 320 page catalogue on the modernist art dealer Leslie Sacks’ collection of African art. Unfortunately Leslie Sacks passed away earlier this year (obituary), but not before he had seen the advance copies of the book. The publication is the fruit of nearly three years of work under the direction of Amanda M. Maples. It unveils for the first time a selection of 187 African art objects from the Sacks collection, accompanied by 38 essays by 20 researchers in the field of African art: Marla C. Berns, Frederic Cloth, Herbert M. Cole, Michael W. Conner, Henry J. Drewal, Martha J. Ehrlich, Jordan A. Fenton, Till Förster, Frederick J. Lamp, Alain Lecomte, Amanda Maples, Daniel Mato, Morgan Mbeky, Tamara Northern, Mary Nooter Robers, Allen F. Roberts, Scott Rodolitz and Jerry Vogel. I wrote four texts on objects from the Dan and Wè. Karel Nel, artist and professor at the University of Witwaterstrand in Johannesburg, wrote the foreword. Together with Frank Herreman, former exhibition director at the Museum for African Art in New York, I also wrote an introduction to Primitivism which explores the relationship between African art, modern and contemporary art. The texts are accompanied by over one hundred colour photographs by Donald Cole.

You can order the book here. Below some pictures, click on them for a larger view. 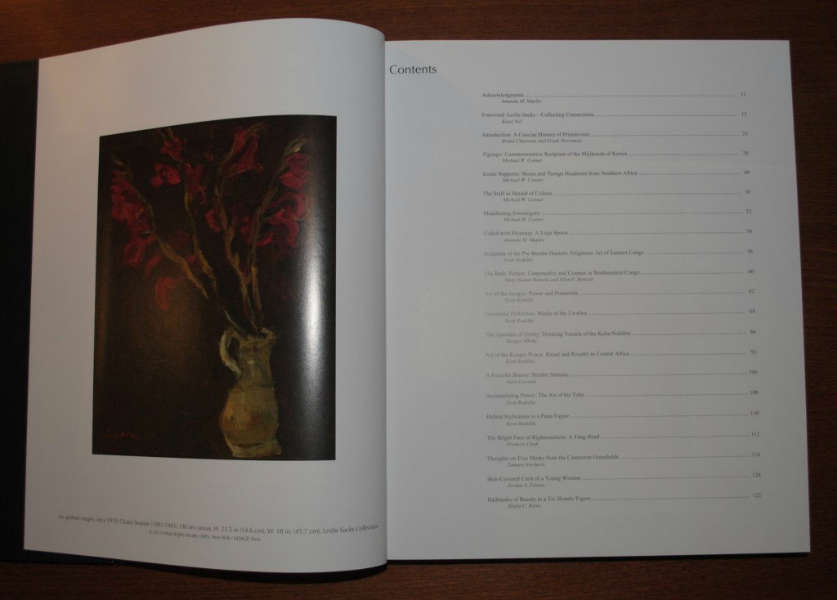 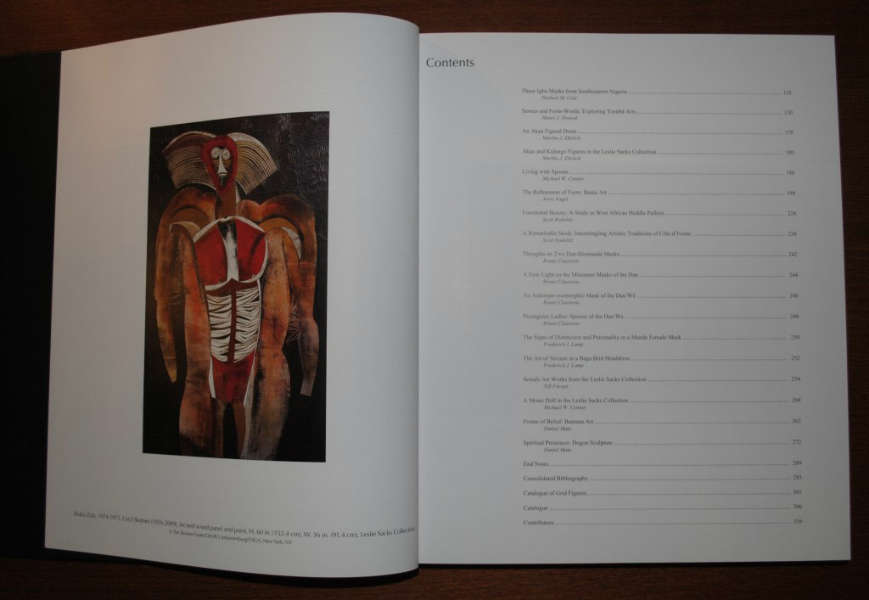 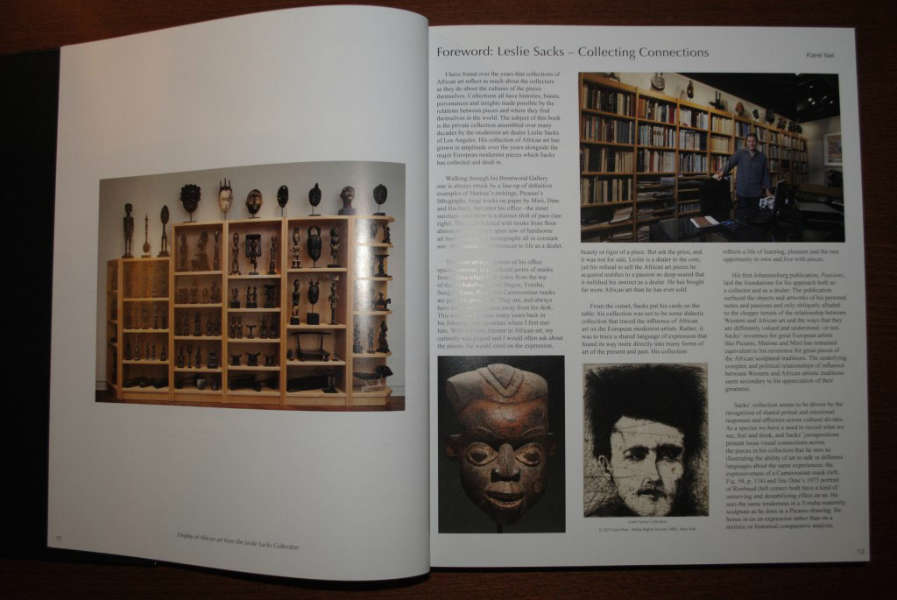 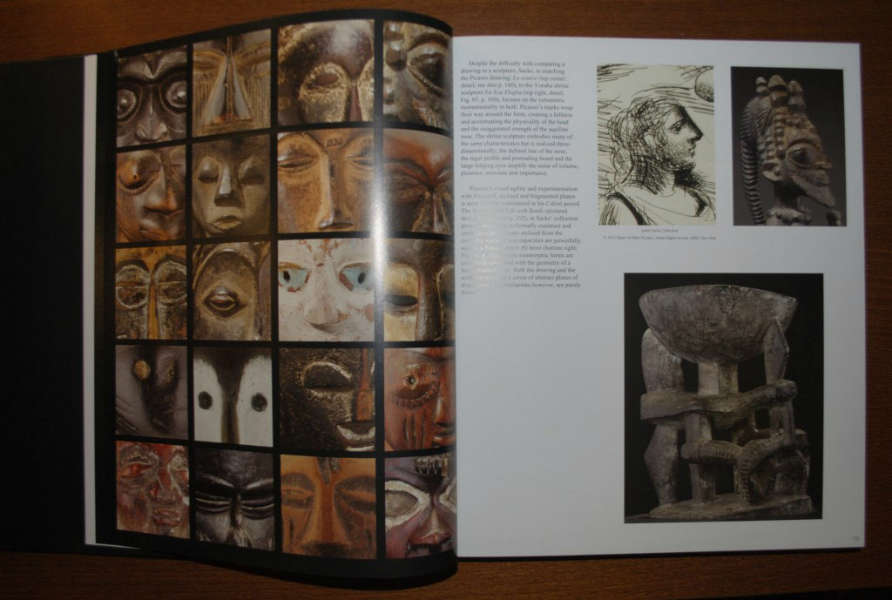 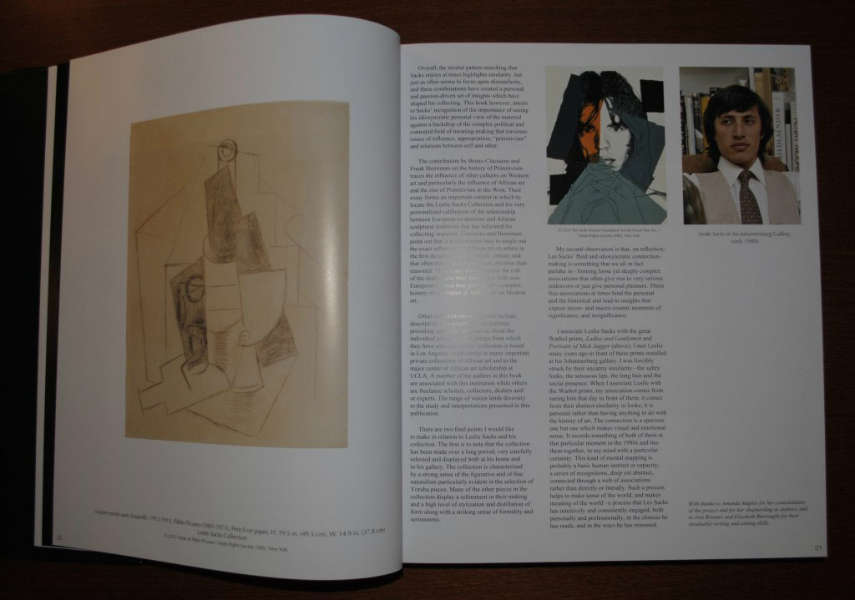 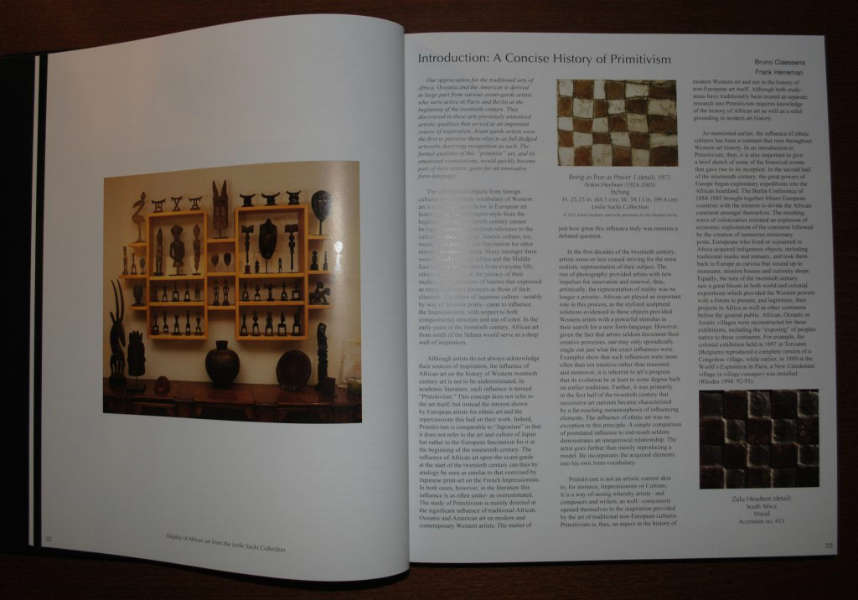 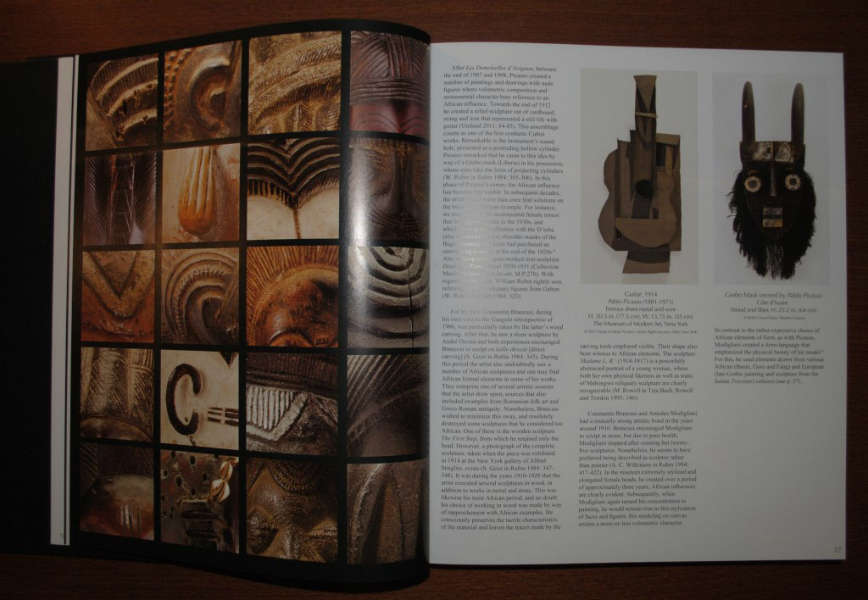 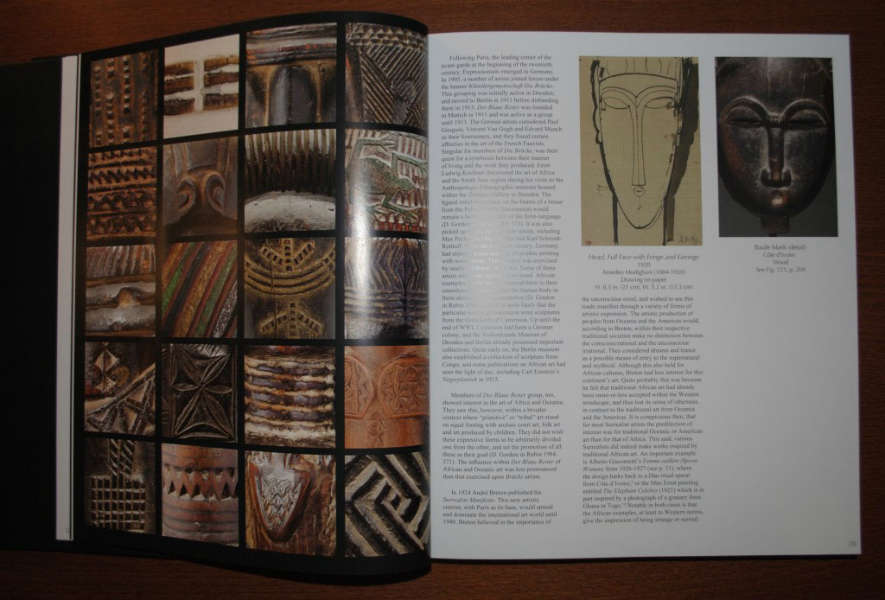 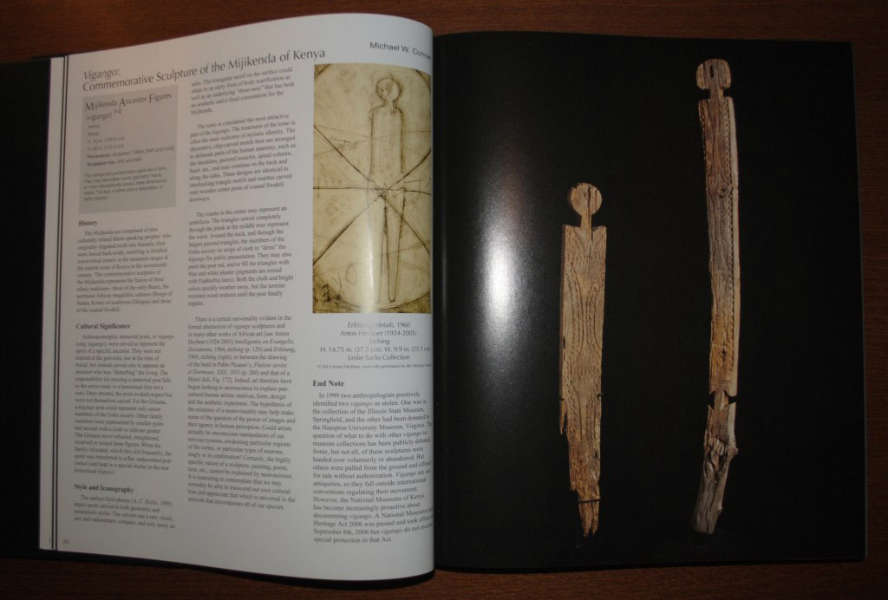 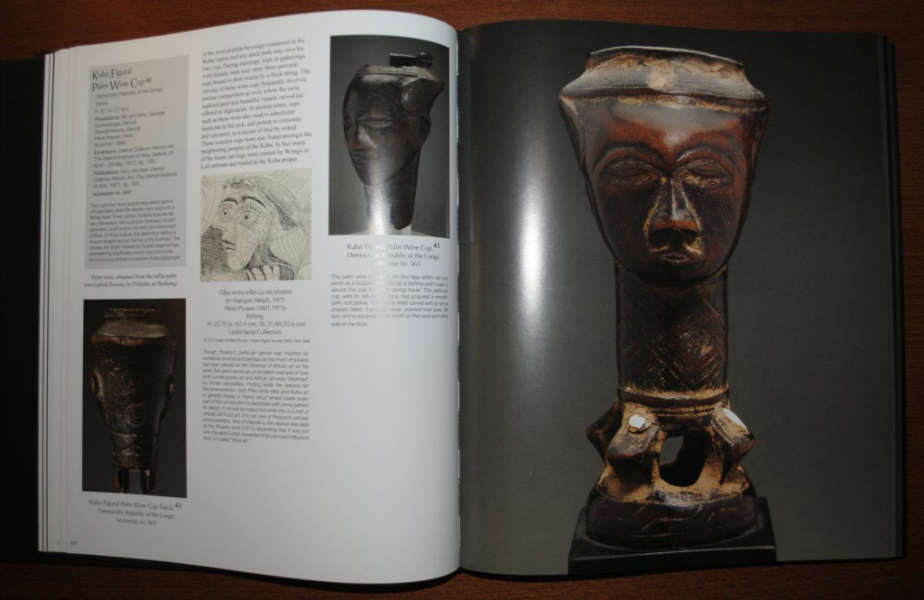 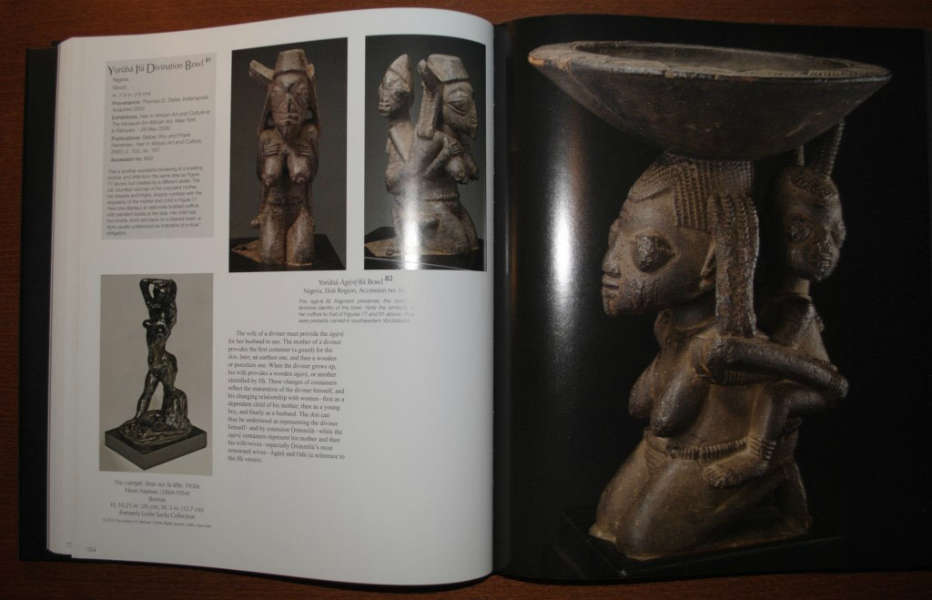 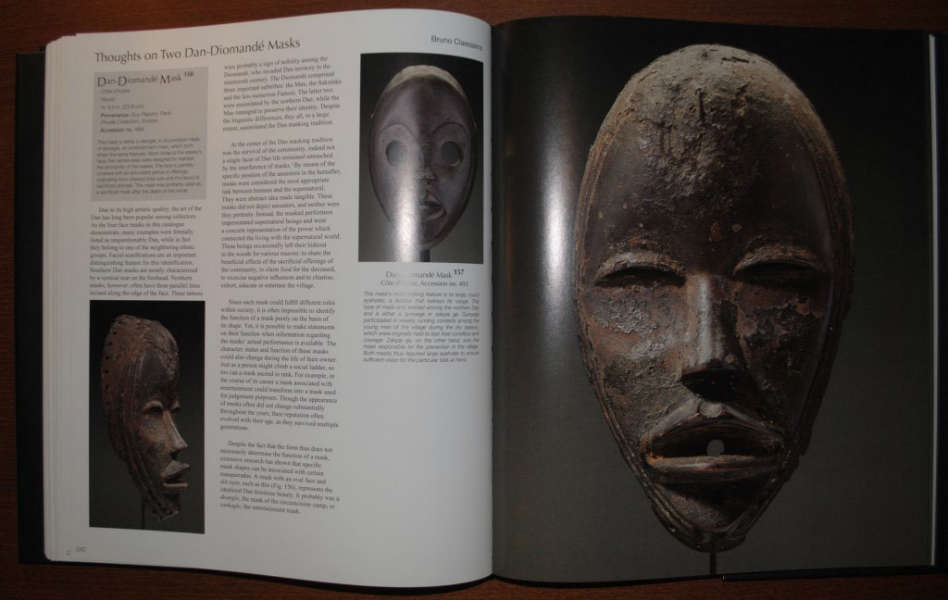 The online catalogue of the Madison Libraries at the University of Wisconsin contains 200 beautiful field-photos made by Jan Vansina, authority on the history of the Kuba, during his stay among them in 1956. You can browse the 200 images here.

As previously discussed here, Detroit’s bankruptcy had started the discussion to sell part of the DIA’s collection. Early December, a US judge ruled that the city is eligible for bankruptcy, which means that asset sales can go ahead. One of the city’s most valuable assets is its art collection in the DIA. Until now, there hasn’t been a blatant pitch to sell the works, only a ‘discrete’ valuation by Christie’s (at a cost of $200,000). The judge made it clear that in his opinion it wouldn’t be wise to sell the art, but that was just his philosophical view, not a ruling. In fact, the man in charge of the city’s bankruptcy proceedings, Kevin Orr, made it clear yesterday that the art collection is very much ‘on the table’. More info here

The good news is that the number of works the city could possibly sell (that is, those bought by the city directly, not gifts or DIA acquired objects) is only 5% of the museum’s total collection. Christie’s appraised only works bought with city of Detroit funds, all before 1955. The majority of the African art collection is thus save. (Christie’s press release)

In the meantime, the 150-page valuation of the works the city of Detroit can sell has been published. You can see the list here. Below the included African and Oceanic art.

Last Saturday, 14 December 2013, Artcurial Lyon, auctioned the collection of the anonymous Mr. C. You can download the catalogue here. Though mostly utilitarian objects, the sale contained some interesting items. The sleeper of the sale, the above Luba antelope headrest (info), estimated € 2K-3K, sold for € 26K (without costs). An old inscription mentioned it was collected in 1914. Compare it with a similar neckrest, illustrated below, from the Ethnologisches Museum in Berlin (#III.E.12755), collected in 1907 (height: 14,8 cm).

Again, this result illustrates, that no masterpieces in small auctions stay overlooked these days. Be it in Liège, Belgium; Lyon, France or a small provincial sale in the UK, the time of being the only knowledgable person at such a sale is definitely over. Secondly, since there were not many other suprises in the sale, it shows also how highly selective the market is these days. In this economy, everybody is watching his or her cash more carefully than ever and only the safe bets still generate interest.

This week brought two unrelated but important news stories. Though nothing to do with African art, both are important new precedents in the highly complex issue of cultural repatriation.

Firstly, after again a highly contested auction including Hopi artifacts in Paris, the Annenberg Foundation announced the return of sacred artifacts to the Hopi. The Foundation had purchased 24 sacred Native American artifacts from an auction house in Paris – totaling $530,000 – for the sole purpose of returning them to their rightful owners. Twenty-one of these items will be returned to the Hopi Nation in Arizona, and three artifacts belonging to the San Carlos Apache will be returned to the Apache tribe. Read the whole story here. Additional info on the website of the Annenberg Foundation here and on the website of the BBC here. Concerning the previous sale in April click here.

A second important news item concerns an ancient statue of a Hindu warrior, withdrawn from a Sotheby’s auction in New York two years ago because of assertions that it had been looted from a temple deep in the jungles of Cambodia. After a long court battle over this 10th century Khmer figure (valued at more than $ 2 million), a settlement signed on Thursday by Sotheby’s, its client and federal officials arranged that it will be returned to Cambodia. The Belgian woman who had consigned it for sale in 2011 will receive no compensation for the statue from Cambodia, and Sotheby’s has expressed a willingness to pick up the cost of shipping the 500-pound sandstone antiquity to that country within the next 90 days. More on the story here. Though a scholar warned Sotheby’s in advance that the statue should not be sold at public auction since there was clear evidence that it was definitely stolen, as the feet were still in situ, Sotheby’s proceeded with the sale, with officials saying in internal emails that while it might receive bad press from “academics and ‘temple huggers,’” the potential profits from the sale made it “worth the risk.” Further reading here and here.

The above Ekoi (Ejagham) headdress (height: 37 cm) from the Alberto Galaverni collection was offered for sale by Koller on 11 December. Estimated at CHF 5,000 – CHF 10,000, it made a suprising CHF 41,000 (without costs) – that’s eight times the low estimate or € 33,5K and thus worth a mention. For more images and information click here.

It is somewhat related to an Ekoi headdress (without horns), collected ca. 1860 by Frederick Wolff, currently at the Denver Art Museum (illustrated below); one of the earliest collected examples.

UPDATE: I received some messages to inform me that the Denver Art Museum’s headdress is at least one or two generations earlier; I do agree. There are multiple other examples that are from the same generation, but I prefered to illustrate this particular headdress due to its early collection date. Apparently the Galaverni headdress was bought by a French dealer – probably inspired by the result of Allan Stone’s Ekoi headdress.