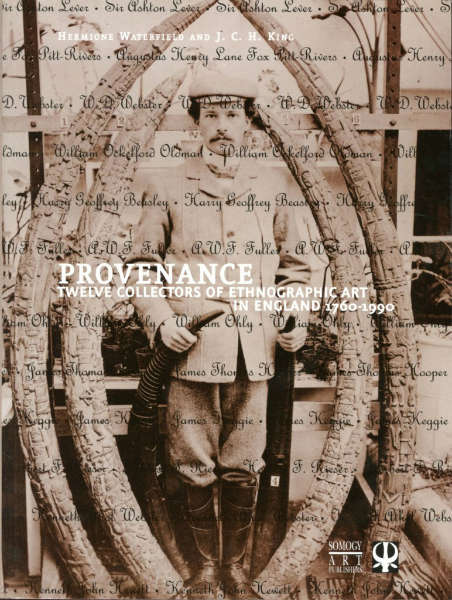 In the chapter about John Hewett there’s an interesting paragraph on ‘Bulgy eyes’, which I featured in my previous post.

John Hewett would indulge the idiosyncrasies of his clients. For instance, John knew that the collector George Ortiz relished discovery, so he would leave a choice bronze in a drawer and find an excuses to leave the room, knowing that George could not resist a forage. Having found it, he would insist on buying it, so John would in turn insist that it was not for sale, but eventually would be persuaded to part with it for a considerable sum. Ortiz describes his acquistion of the bronze from the Pitt Rivers collection he subsequently called ‘Bulgy Eyes’: John had arranged to meet him for luncheon. He had a bottle of excellent claret, which he opened and poured a glass before he disappeared upstairs with the words: “I will now show you something you do not buy or collect”. He returned with a bronze head, which he placed on the table by the claret. George found it irresistible and so bought it. John was instrumental in secruing the Ortiz collection, when it was sold by Sotheby’s in 1978, but the bronze was not amongst the important tribal art – George had grown too fond of it to think of ever parting with it.

Forgotten fact of the day: George Ortiz had to sell his collection to pay the $2 million ransom for his kidnapped daughter, read more about it here.

[…] an interesting lecture by Hermione Waterfield, author of Provenance: Twelve Collectors of Ethnographic Art in England 1760-1990, on ‘the people behind the lists, ledgers and labels’. Concluding with the wise words: […]