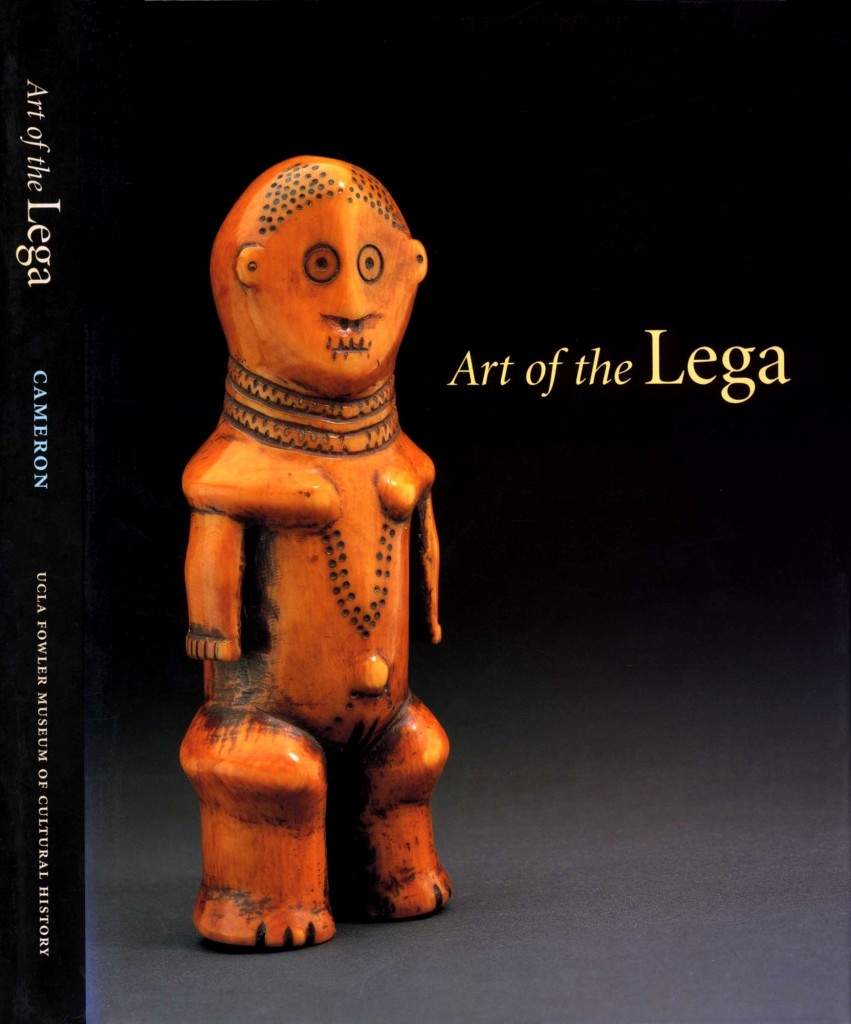 The autumn edition of Tribal Art Magazine contained an interesting interview with the US collector Jay T. Last. Over the course of fifty years, he formed one of the world most comprehensive collections of Lega art, now held by the Fowler Museum at the University of California, Los Angeles. A catalog of the collection, Art of the Lega: Meaning and Metaphor in Central Africa, written by Elisabeth Cameron in 2001, remains a central reference on the subject.

The good news is that a revised version of this exhibition will be on view this autumn at the Musée du Quai Branly in Paris. Also, a new edition of the catalog in French is being produced to accompany it – something to look forward to ! John Buxton mentioned on his blog there are 242 pieces selected.

We just completed an appraisal of the 242 pieces of Lega art from the Fowler Museum and Jay Last bound for an exhibition at Quai Branly in Paris.

And to quote Jay T. Last himself: “You learn so much more by seeing groups of things that are related, and each tells you something about the other”. In the same way, the philosopher Martin Heidegger observed that tools form systems, so that any given tool is defined with respect to the remaining tools in a systematic totality, “zeugganzes” – a totality of tools (from Being and Time, 1961). To understand an object, is thus to imagine a system of objects into which it fits – with this upcoming exhibition visitors thus will have a great opportunity to have a look at the Lega “zeugganzes”.

2 replies on “Art of the Lega from the Jay T. Last collection”

[…] without eyes. We can only guess about its meaning, but its beauty is on a transcendent level. In Art of the Lega (Los Angeles, 2001), Elisabeth Cameron wrote (p. […]

[…] The LA Times just reported that collectors Jay and Deborah Last have given the Fowler Museum at UCLA 92 wood and ivory figures, masks, and implements, all from the Lega (D.R. Congo). The gift, said to be worth $14 million, is in honor of the Fowler’s 50th anniversary. The Fowler organized a show of Lega art around the Last collection in 2001, and a version of that exhibition will appear at the Musée du Quai Branly, Paris, this fall – read more about both here. […]