Exciting news from Paris, where the above Yaka comb was sold for € 24,472 (buyer’s premium incl.) by the French auction house Binoche & Giquello. Notwithstanding the global pandemic, and in a Paris under lockdown again, this small masterpiece established a new world record for an object of this type. Its estimate, € 10,000-15,000, was already at a very serious level – as it did pass through the hands of two respected dealers (Pierre Dartevelle & Jacques Germain), and was published in the reference book on the subject by Arthur Bourgeois. With a beautiful oily patina, and in a perfect condition this small gem combined several of the classical Yaka physiognomic features; first and foremost the typical massive nose. A cute little bird on top was the cherry on the cake. This comb is probably one of the best still in private hands, and with this ‘masterpiece’-status it clearly attracted the attention of some well-informed collectors. To quote the famous art dealer Joseph Duveen (who’s biography I just read): “when you pay high for the priceless, you’re getting it cheap“, so congrats to its new owner.

Courageously, the french auction house had maintained their fall sale, although surely nobody would have blamed them if it would have been postponed. With foreign collectors unable to come preview the objects, and with the fact that the sale was held behind closed doors (with only the auctioneer and experts in the room), the auction still performed ok seen the circumstances – selling more than half of the sale. Early on, the eleven kachina dolls from the A.F. collection all sold, most above the high estimate – once more confirming the current vogue for these. A big Maori hei tiki, previously on long term loan to the Metropolitan Museum of Art in New York, sold for a solid € 117,798.

In the African art section, savy buyers could find some great opportunities: this ancient Dan mask, unsold in a previous B&G sale, was hammered below the low estimate and sold for € 10,304, a great buy. Among the Dan sculptors there was a strong competition to come up with new inventive variations within the set guidelines, and the artist who created this mask clearly was pushing these boundaries. Furthermore, the ridges on the upper eyelids make it possible to situate it probably in the area of Flanpleu. An important janus Kota reliquary figure , attributed to Semangoy of Zokolunga, was sold just below the high estimate for € 148,120. Two years ago, I sold an almost identical one for double that price at Christie’s (info). In this case I do think the object might have suffered from the fact it was impossible to come see it in real life; 67 cm high and very voluminous, these are very impressive Kota with tons of wallpower. Surely interest should have been higher in a normal world. Another great buy was the hermaphrodite Djennenké bowl-bearer, selling under the low estimate for € 135,400. It was acquired by the consignor 31 years ago, at Sotheby’s NY in 1989 for $ 60,000, and unsold at a previous B&G sale in 2017 with an estimate of € 350,000-450,000. Obviously the condition was not perfect, missing its nose and left arm, but here you have a 13th century wooden statue from Mali – contemporary with the Notre Dame cathedral, as is stated eloquently in its catalog entry. A very fair price for an important piece of African Art history. Unsold was this 18th century Dogon fragment of a stool formerly in the Goldet collection – I did not find that estimate unreasonable. 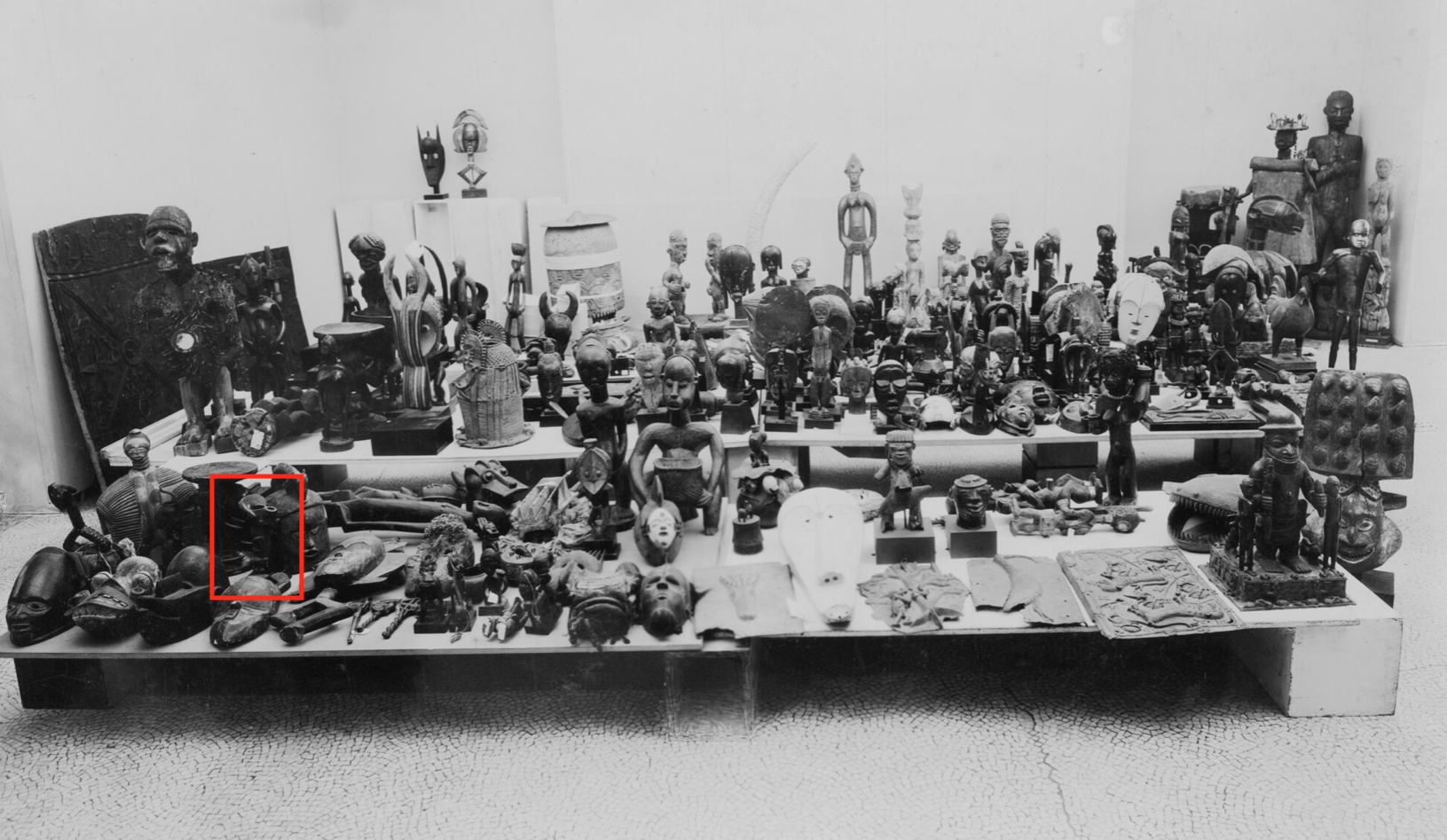 A small miss by the catalogers of the sale was the Bamileke pipe bowl; they failed to mention it was already exhibited in New York in 1935 at the Museum of Modern Art during the famed African Negro Art exhibition.. A bit of sleuthing would also have revealed this particular pipe bowl is featured on the famous group shot by Soichi Sunami! Click on the above picture to check for yourself. I do wonder if the buyer knew 🙂 It also looks to be standing on an Inagaki base.

Two fine Mangbetu items (a harp, lot 62, and a knife, lot 72) failed to sell, confirming the decreased appetite for the art of this culture. A rare Tsonga staff finial sold for € 186,775 (while in 2016 it remained unsold at an estimate of € 300,000-450,000) – under its low estimate but still a very good price for a South African work of art of only 30 centimeters. I do regret not having seen it in reality, as I’m sure it is real gem. Also worth mentioning was a very rare and beautifully stylised Banda figure from the Central African Republic, selling for € 135,400. So, all in all, I do think this was definitely an ok sale – especially seen the tough circumstances, and I’m sure all the buyers are delighted with their new acquisitions. 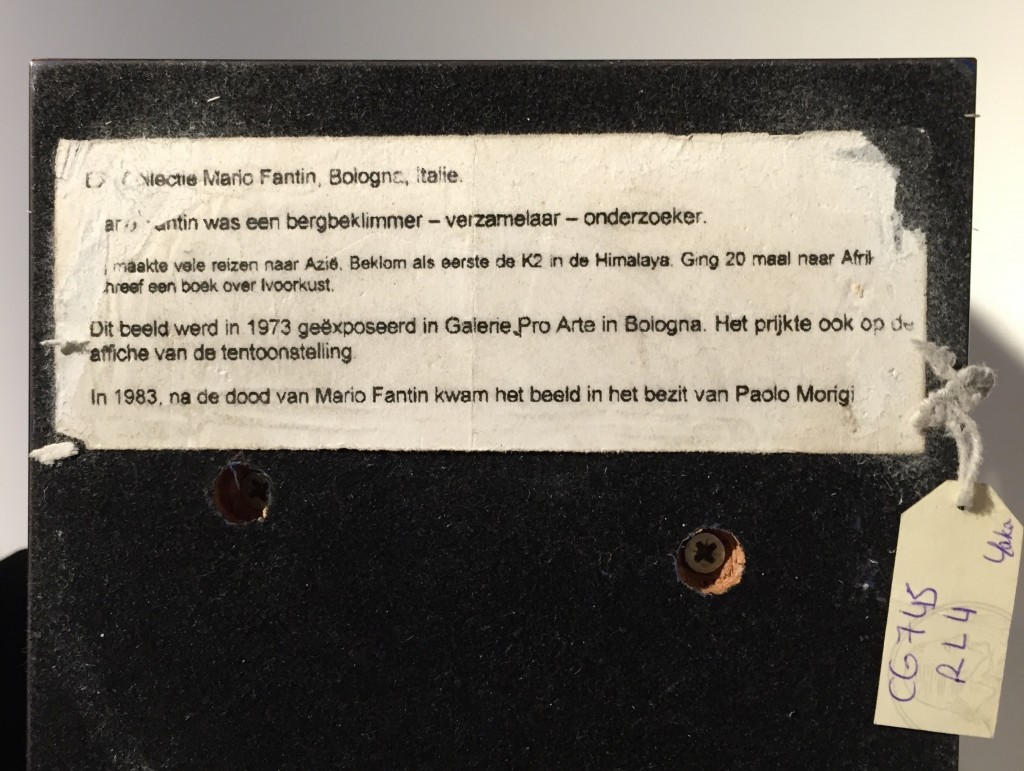 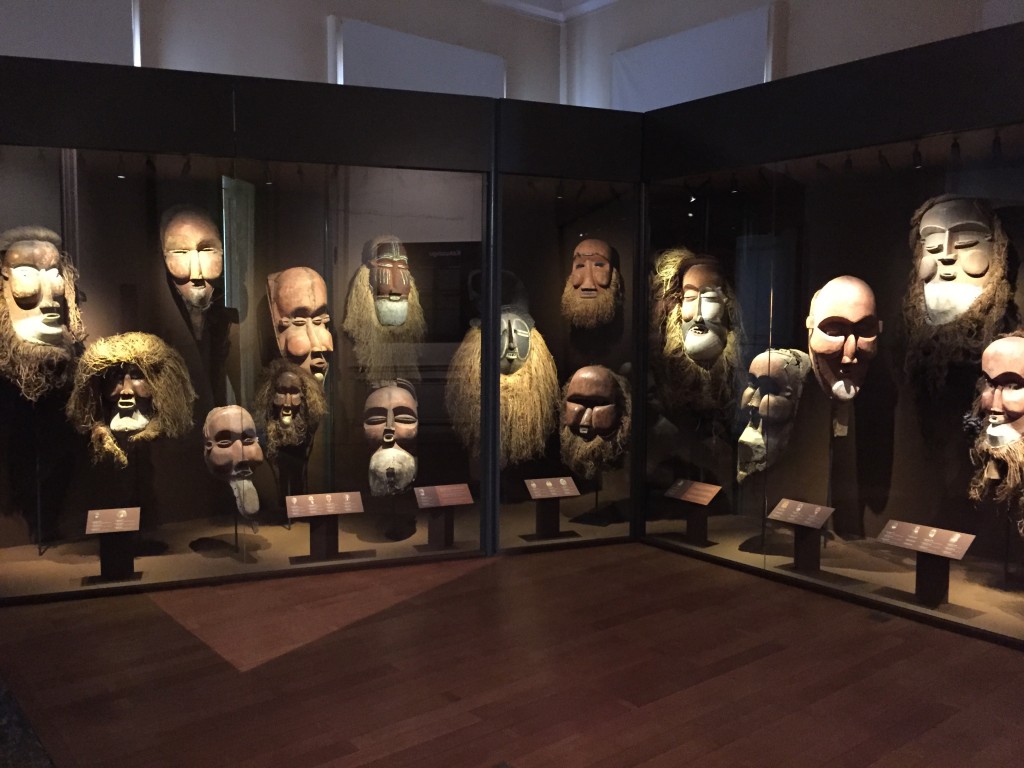 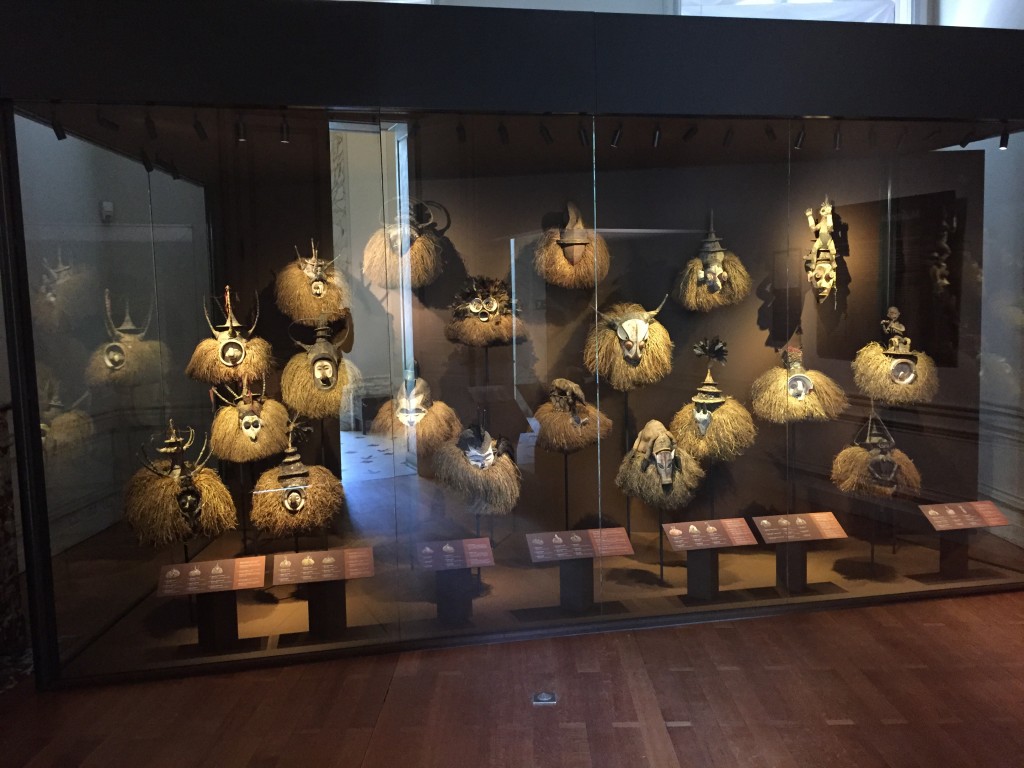 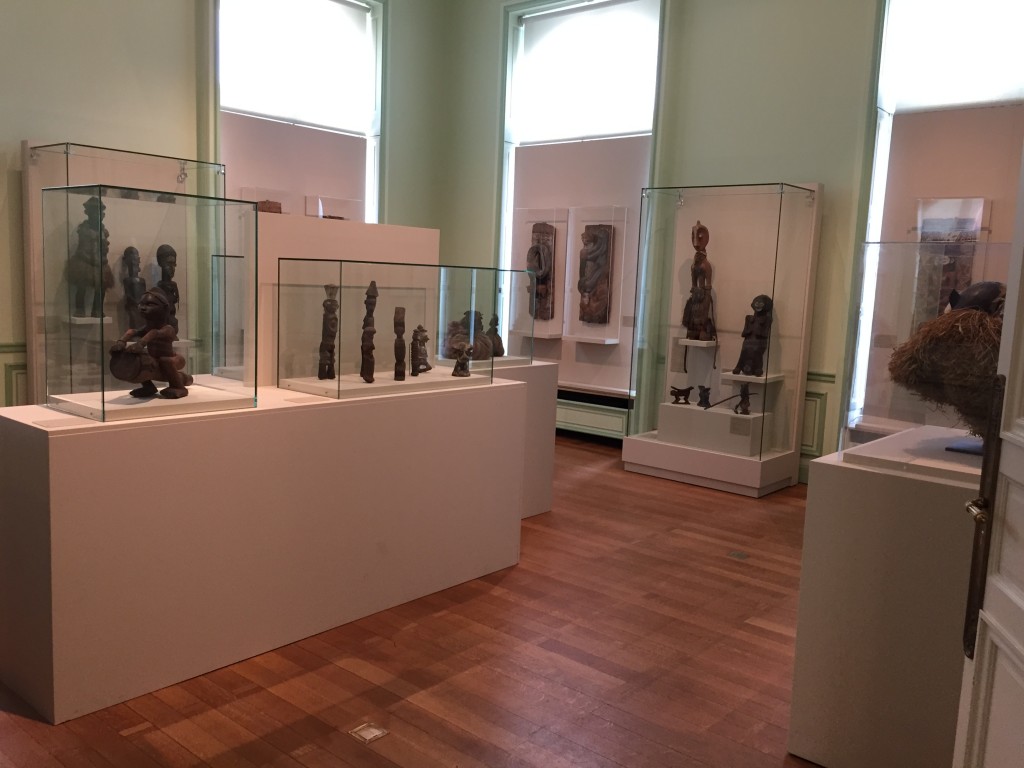