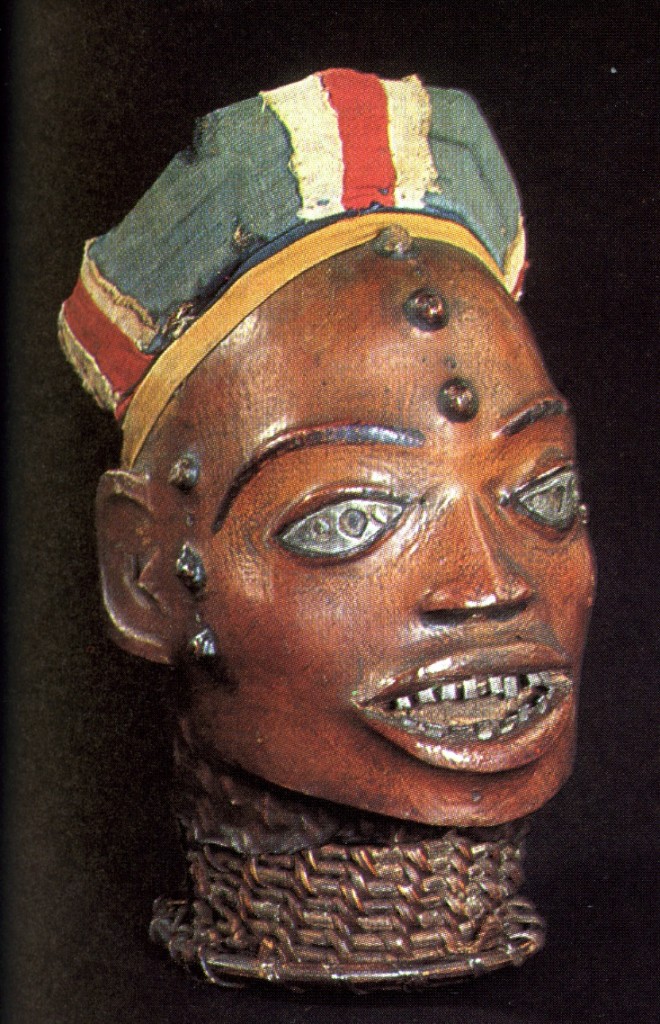 As discussed last week here a lot of heavily encrusted figures from the southern Nigeria-Cameroon border are mistakenly identified as Keaka. I illustrated my text with such a Kaka figure, but wanted to take this opportunity to show two headdresses from the Keaka (or Eastern Ejagham) to give an idea of the art they in their turn created. Just as their neighbors the Banyang and Anyang, the Keaka adopted several mask types from the Boki, most notoriously the headdresses (sometimes called crest masks) covered with antelope skin and with a basketwork cap as the base for the dancer’s head. The two examples illustrated here belong to Stuttgart’s Linden Museum in Germany. Unfortunately I couldn’t find any additional information about them but they can most likely be dated as late 19th century (as many similar examples in German museums). Unless the exact provenance is given, It’s not always easy to determine the precise origin of these headdresses, that’s why we often find them listed as Ekoi (the common language in this area). Keaka examples generally distinct themselves by their naturalism (notable in the oval eyes, nose and mouth). 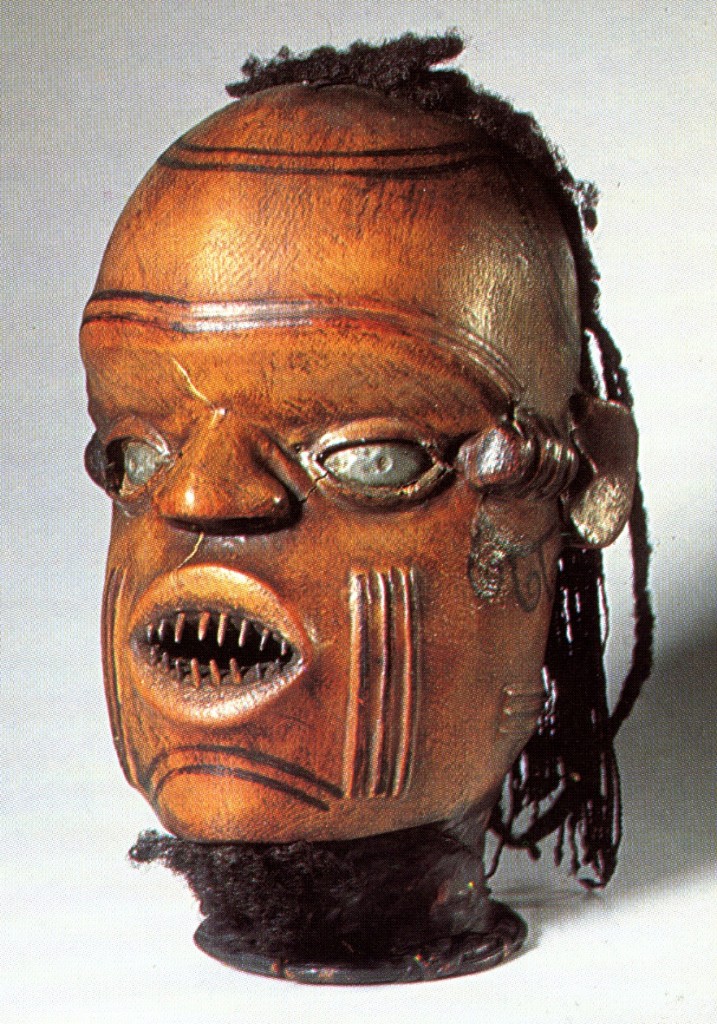 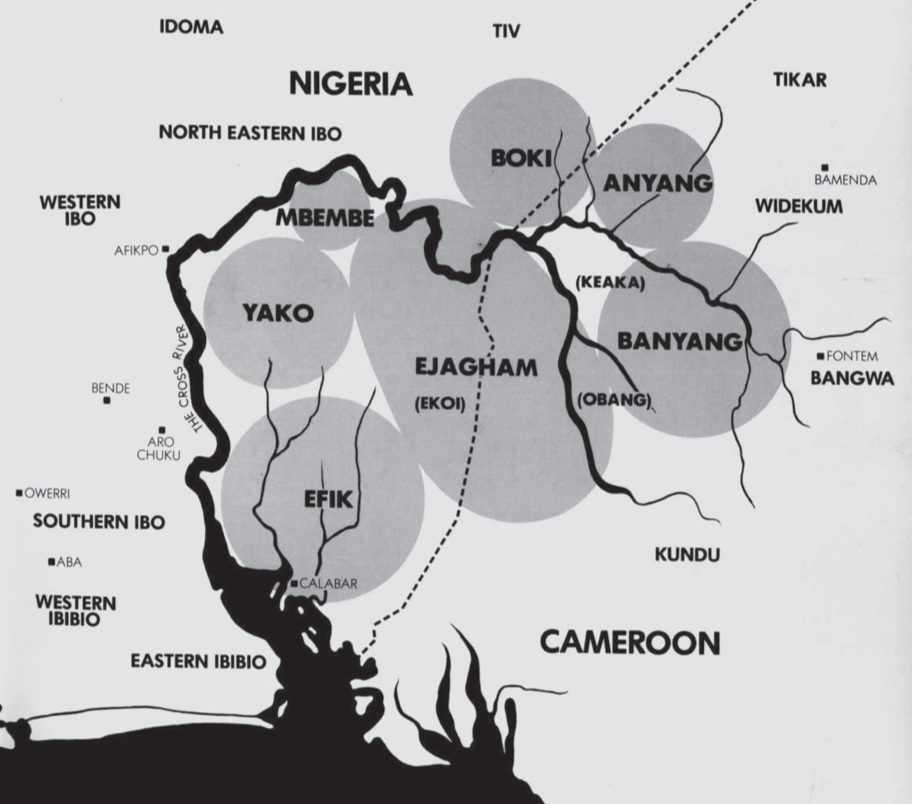 There’s a lot of confusion about these two groups; Kaka works of art (schematically rendered anthropomorphic figures with an encrusted surface) are often mistakenly listed as Keaka. Since they are rather popular in today’s market, I decided to spend some time on the subject.

In 1994, Tribal Arts Magazine published a clarifying article from Pierre Harter (No. 3, September 1994: pp. 45-48), but unfortunately misattributions are still omnipresent. While scholarship points to Kaka, one German dealer/scholar’s attribution to Keaka has been causing a lot of mistakes. Karl-Ferdinand Schaedler was one of the first to publish these figures; he produced a number of books labeling these works of art Keaka. On a visit to Munich, US dealer Jim Willis questioned him and he admitted, “Jim, I just got it wrong. But once it was in my book, most people just don’t want to say Kaka”, scatological associations presumably diminishing respect and thus value (personal communication with Frederick Lamp, 9/6/10). But Schaedler surely wasn’t the only culprit, two other experts (Barry Hecht in Sieber (Roy) & Hecht (Barry), Eastern Nigerian Art from the Toby and Barry Hecht Collection, African Arts, Vol.35, No. 1, Spring 2002: pp. 56-77 and Jill Salmons in Northern (T.), Expressions of Cameroon Art: The Franklin Collection, Los Angeles, 1986: pp. 72-75) proposed a Keaka origin when describing Kaka figures. However, the Keaka and the Kaka are entirely different ethnic groups, though living not far from each other – adding up to the confusion.

The Keaka (or Eastern Ejagham) are one of the numerous Ejagham groups on the southern Nigeria-Cameroon border. They live around Ossing, near the left bank of the Cross River, with a total population number of 8000 people spread among 28 villages. The Keaka are neighboring the Banyang and to the west of the Bangwa. The Keaka, Anyang and Banyang adopted several mask types from the Ekoi groups. They consist of face masks, helmet masks, or whole figures carved in wood and covered with tanned animal skins, with a basketwork cap as the base for the dancer’s head. 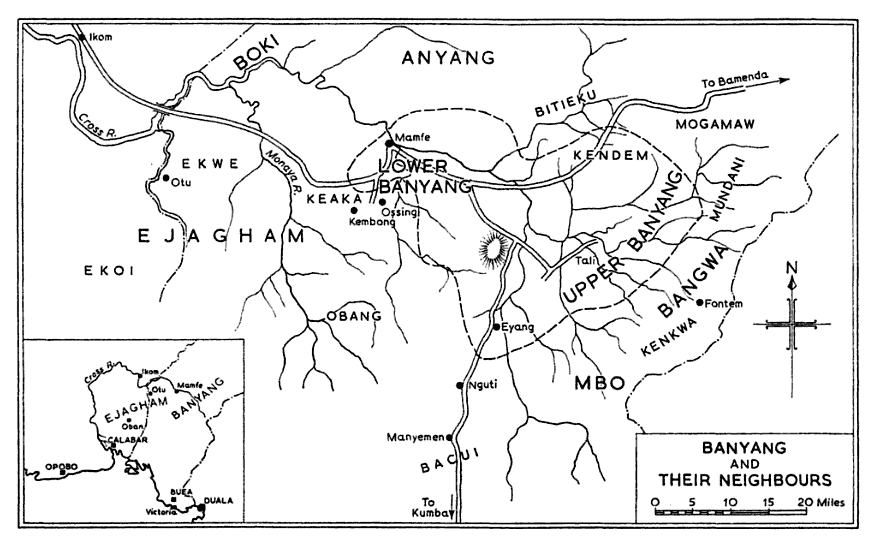 The Kaka (also known as Yamba) have nothing to do with the Keaka. ‘Kaka’ is the Fulani name the Germans gave to the Mfumte, Mbem, Mbaw (Ntem) and Ntong, a cluster of about 18000 peoples living in scattered settlements (ca. 18) just south of the Donga River, on the high plateau near the Cameroon-Nigeria border. They reside south of the Mambila but are more related to their southern Tikar neighbours, with whom they share certain customs. The art of the Kaka was deeply influenced by their neighbours in the Cameroon Grassfields. Their statues and masks, like those of the Bangwa of Cameroon, are often covered with a thick, grainy curst of soot. 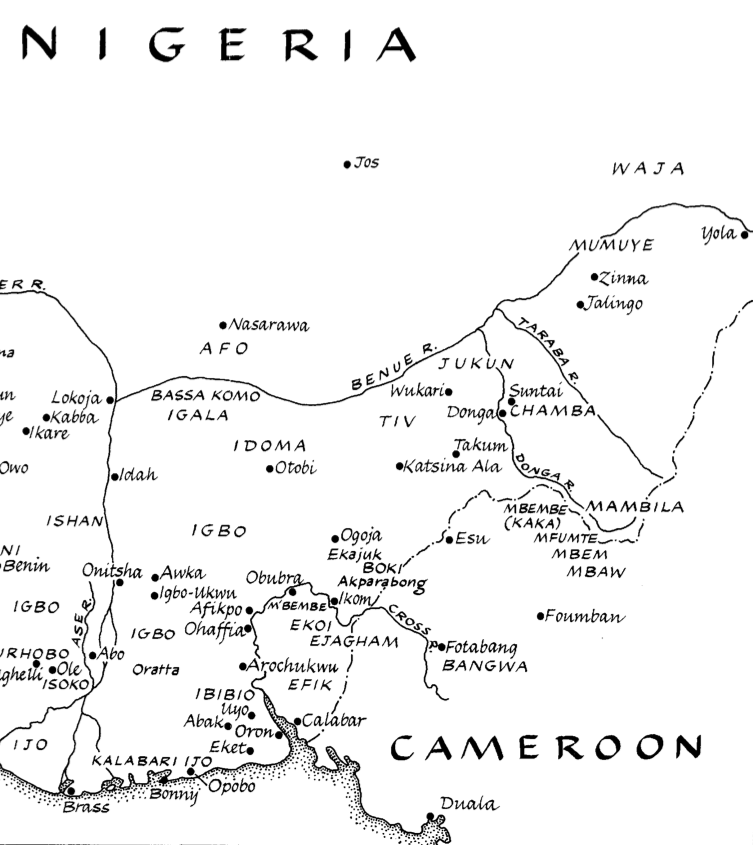 Also on the origin of their specific patina, there are a lot of different opinions in the literature. Some authors ascribe it to generations of ritual offerings, while others state it is an accumulation of blood sacrifices and ashes. In the trade, the explanation I’ve heard the most is that these objects were hung up to the roof of houses, where the smoke of the central ever-burning fire in time accumulated on the object, generating the observed blackish ‘smoke patina’. Should someone have any additional information on this ‘crust of soot’, please do get in touch.