2015 certainly was a great year for the African art collection of The Metropolitan Museum of Art. Apart from an iconic Hemba statue, the museum also bought an excellent Jukun headdress. This shoulder mask was published in Elsy Leuzinger’s Die Kunst von Schwarz-Afrika (Zürich, 1970) – and featured on Jacques Kerchache New Year’s Card of 1971. It was ‘collected’ in Cameroon in 1968 or 1969 by Philippe Guimiot, acquired by Kerchache and then in a private collection from 1994 to 2015. I do hope European museums are taking note how the Met continuously is able to fortify its collection thanks to the generous contributions of several donors. Government grants practically reduced to zero, the ‘acquisitions’ of many of them unfortunately are limited to the occasional bequest. Of course, in the EU, there’s no beneficial system of tax-deductible donations as in the States – a not to be underestimated factor.

Some info about the object from the Met’s website:

This enigmatic and arresting creation of a Jukun sculptor active in central Nigeria’s Benue River Region was a kinetic ancestral sculpture. According to accounts gathered by researchers, such works were animated in performances devoted to agricultural rites as well as to those relating to initiation of young boys into adulthood. Access to those events was highly circumscribed. Women, children, and outsiders were not allowed to view those nocturnal apparitions.

The form is purported to have been manipulated by a person who used the lateral apertures to support and raise it. Perforations around the perimeter of the lower half allowed for the attachment of a vegetable fiber costume. The upper half distills an ancestral presence to essential features that are dramatically amplified. Crowning the summit is the majestic dome-like volume of the head. The eyes project in bold relief from the flat surface of the face and teeth are incised on the underside of the straight line of the mouth. At either side the flat discs of earflares favored by regional elites are emphasized. Adoption of Christianity and Islam during the first half of the twentieth century led to the abandonment of this minimally documented tradition.

Currently the object is not on view, but I hope that will change soon! 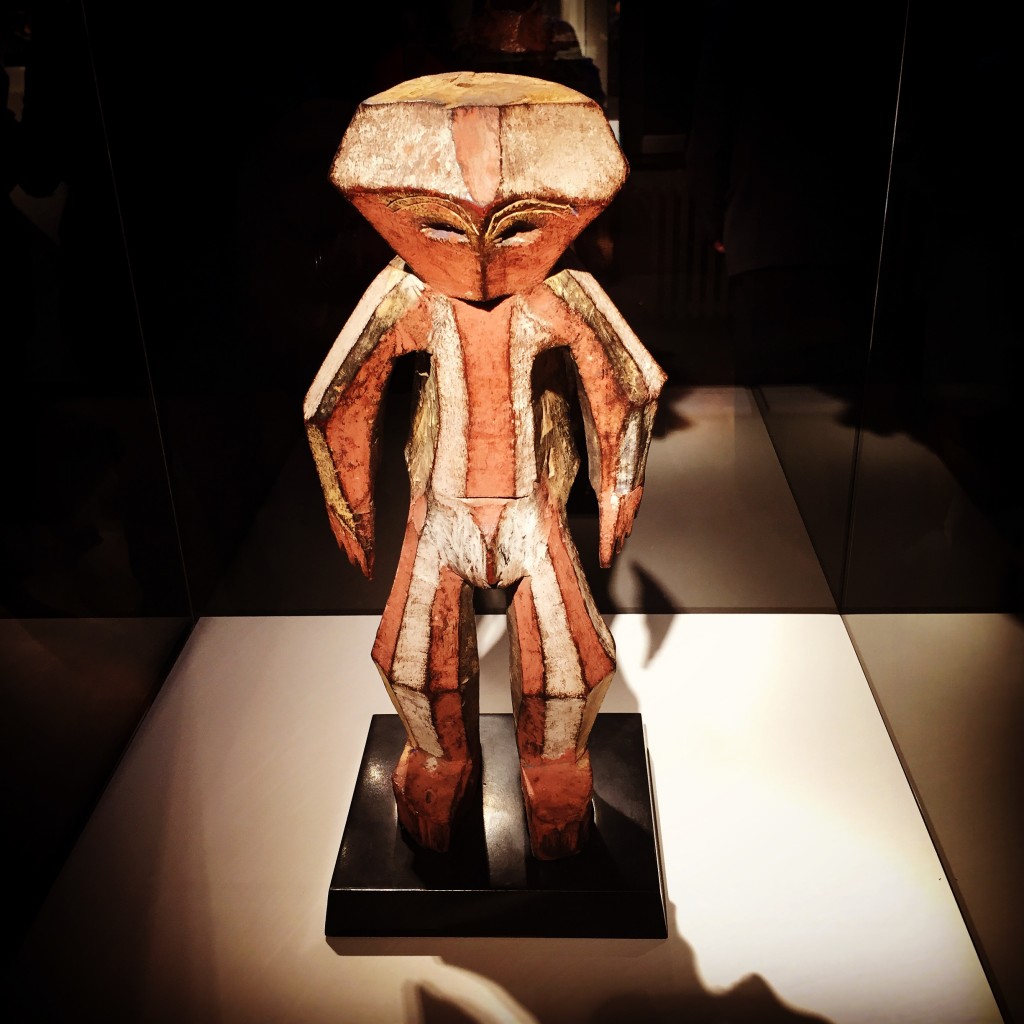 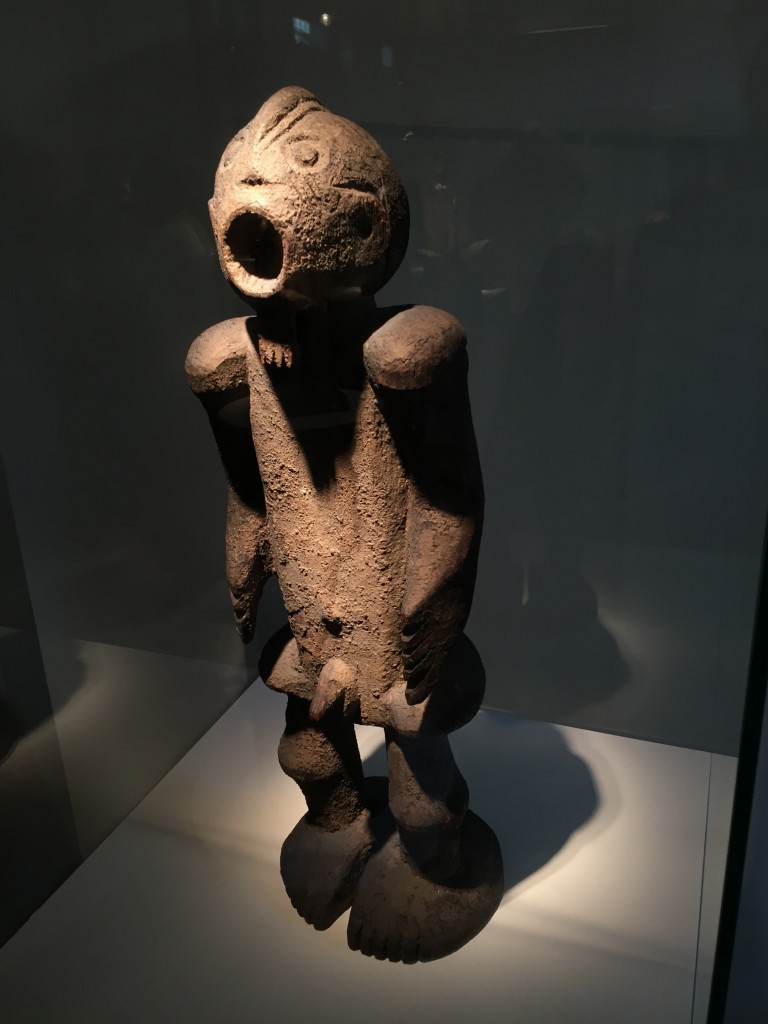 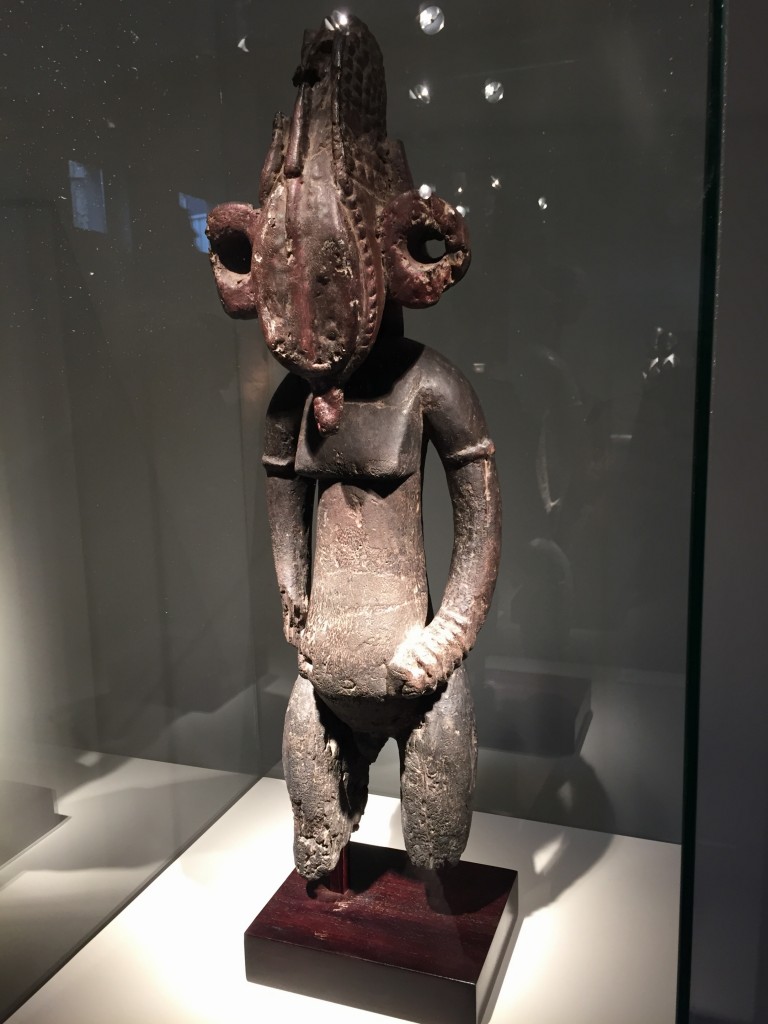