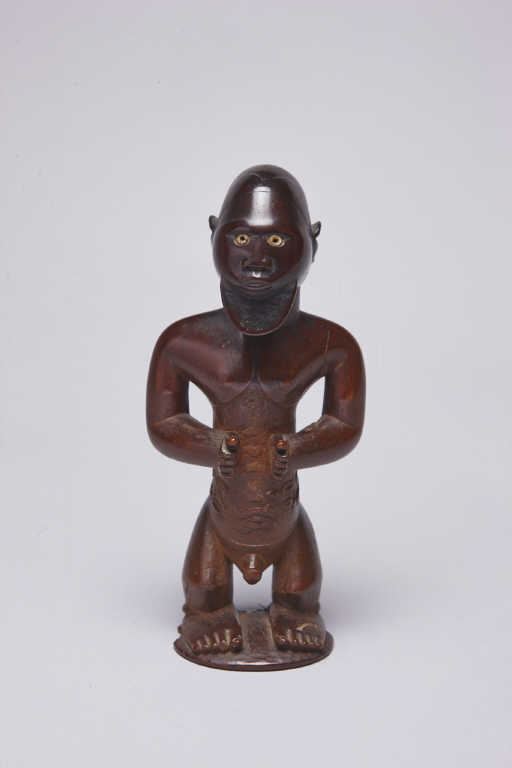 A new surprise at auction, in France this time, where the above Bembe figure (height: 14,5 cm) sold for € 117,800 (buyer’s premium included). It was estimated at € 12-18K and has no provenance. Compliments for the buyer because it is indeed a gem.

This muscular style was later identified and attributed to the Bembe Gangala by Marc Felix (Art & Kongos, 1995: p. 199), north of Mindouli at the Loukoumi River. Another example in this style, held by the British Museum, below.

At first glance, the result of this statue might seem remarkable, but it is in fact not that surprising. Thirteen years ago, in 2002, Sotheby’s NY already sold a statue in this style for $ 55,000 (pictured below). For now, it is the most expensive standing male Bembe figure ever sold at auction, but squatting Bembe figures have already passed the €100K mark for some years – Christie’s sold one in 2014 for €145K (info) and Sotheby’s sold one for €384K in 2007 (info). 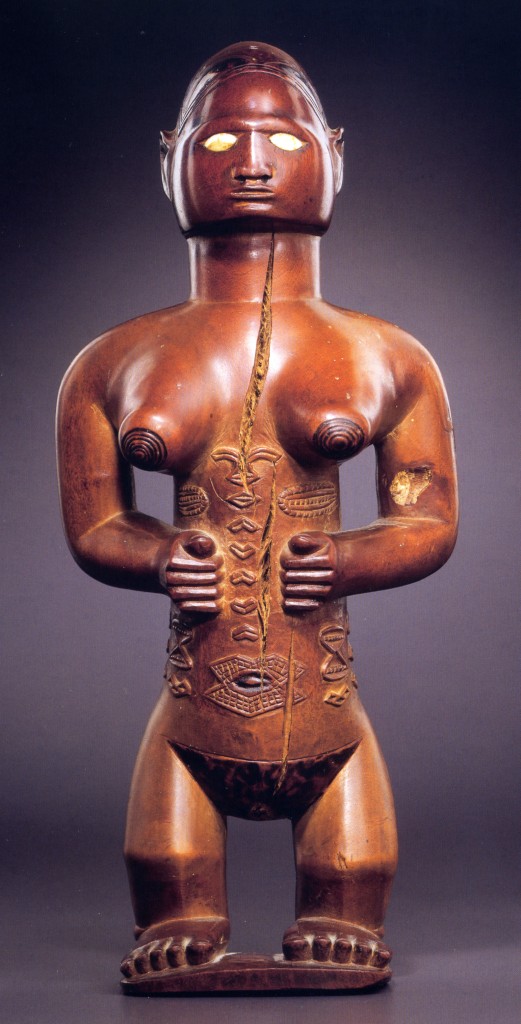 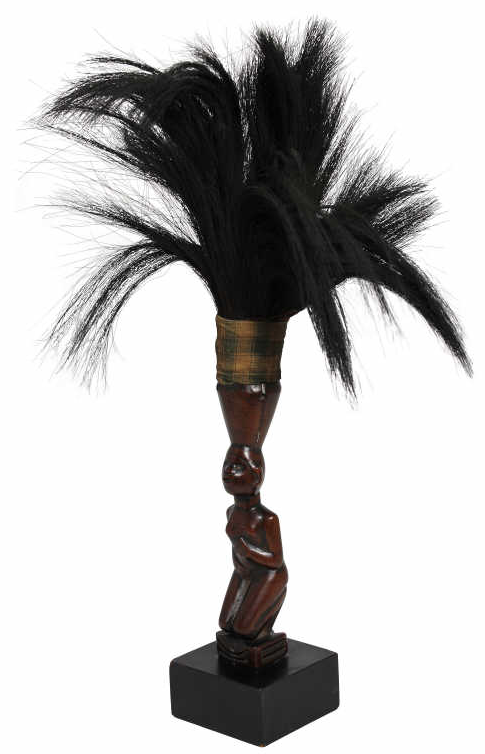