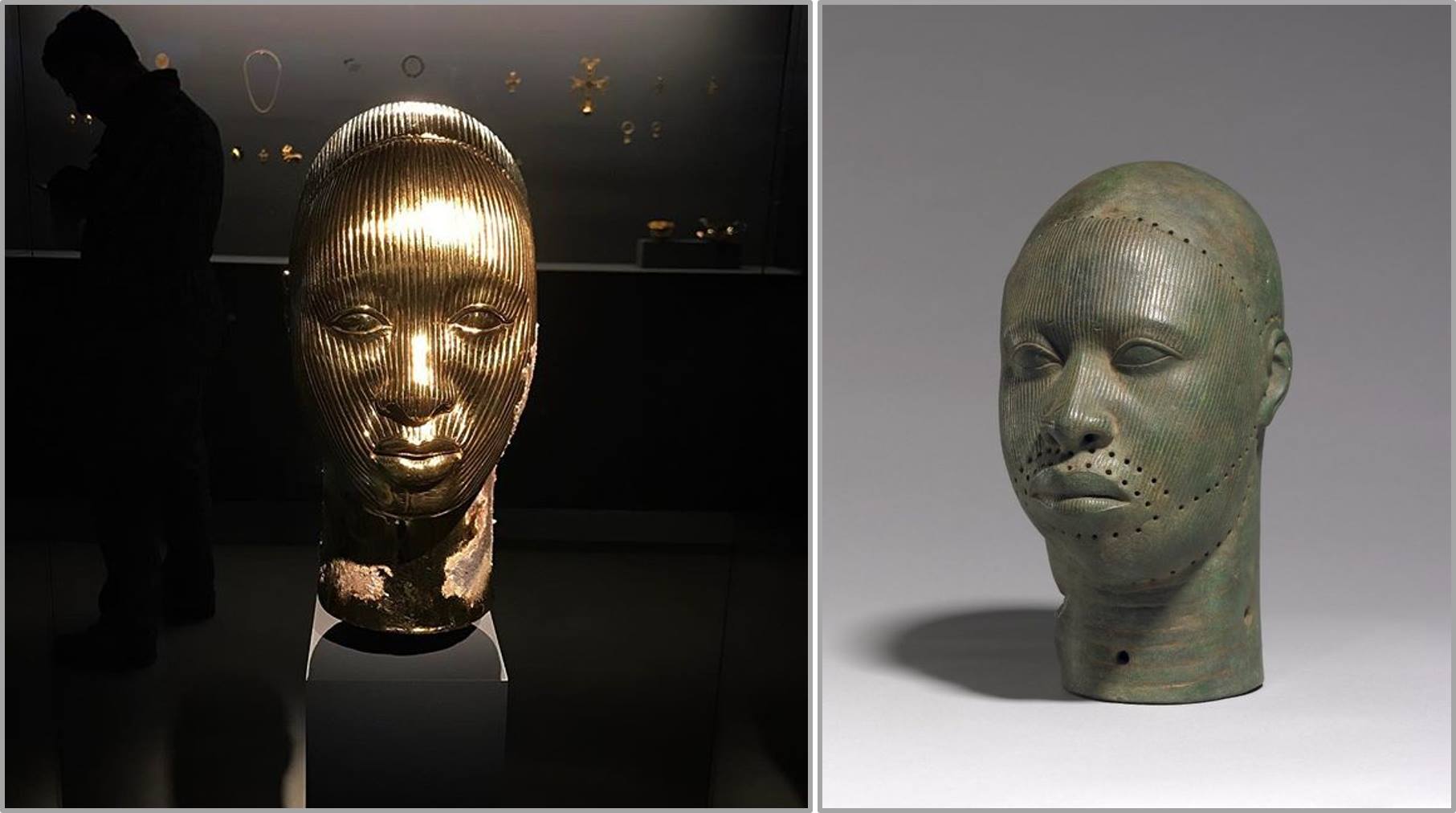 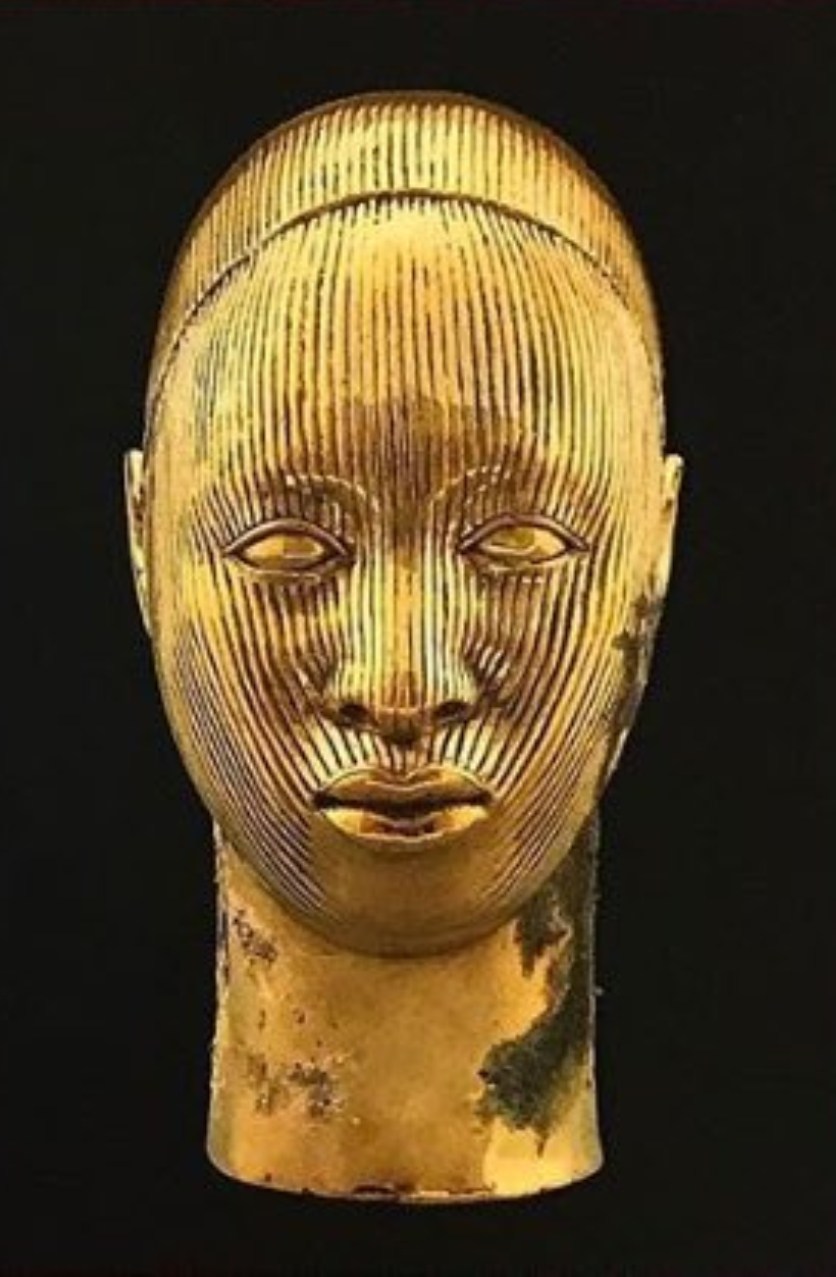 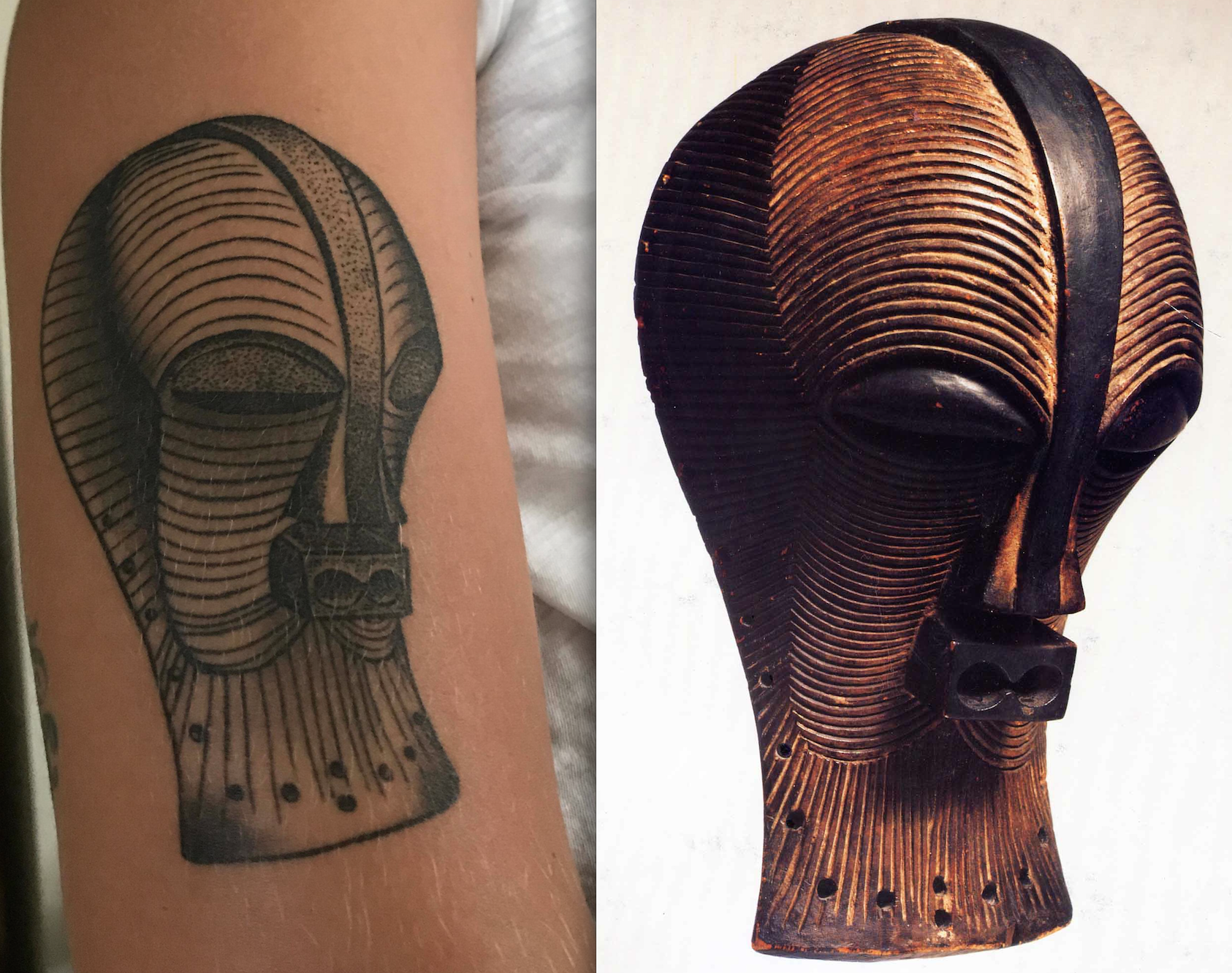 Last month in New York, I came across this amazing tattoo of a Songye kifwebe mask. This famous mask resides in the collection of the Penn Museum at the University of Pennsylvania Museum of Archaeology and Anthropology in Philadelphia. It was sold by Charles Vignier in Paris in 1919 to Marius de Zaya and was one of the stars of Yaëlle Biro’s exhibition at the Metropolitan Museum of Art, African Art, New York, and the Avant-Garde in 2012 (info).

Hilary Whitham, who has this tattoo on her upper arm, assisted as a graduate curatorial intern at that show. She chose the Philadelphia-based tattoo artist Jennifer Rahman for the project because of her specialization in stippling and shading. The formal qualities of this kifwebe mask had always drawn her attention – the rhythmic disposition of striations over its curvatures making it a truly stunning object. Who knew it would be so suitable as a tattoo. Hilary generously allowed me to post a picture of the tattoo here and wrote:

Learning about the mask’s role within late nineteenth century Songye communities as an agent of social moderation – marking life events and safeguarding secret knowledge – furthered my fascination. Kifwebe epitomize the scholarly challenges associated with African objects arriving in European and American collections during the first decades of the twentieth century.  Elucidating the complex epistemologies from which these objects emerged, given the extremely partial and biased historical record resulting from colonialism, drives the field of African art history. The mask’s personal significance contributed to my choice to inscribe it permanently on my person. It was included in the Metropolitan Museum of Art’s exhibition African Art, New York, and the Avant-Garde on which I assisted as a graduate curatorial intern, and belongs to the Museum of Archaeology and Anthropology at the University of Pennsylvania, where I am completing my PhD. Both of these institutions and the individuals that comprise them have shaped not only my approach to and understanding of art history, but also life more generally, in innumerable positive ways.

ps I’m sure there are more African and Oceanic art inspired tattoos around, so don’t hesitate to send a picture (and its story) if you’re willing to share; thanks.