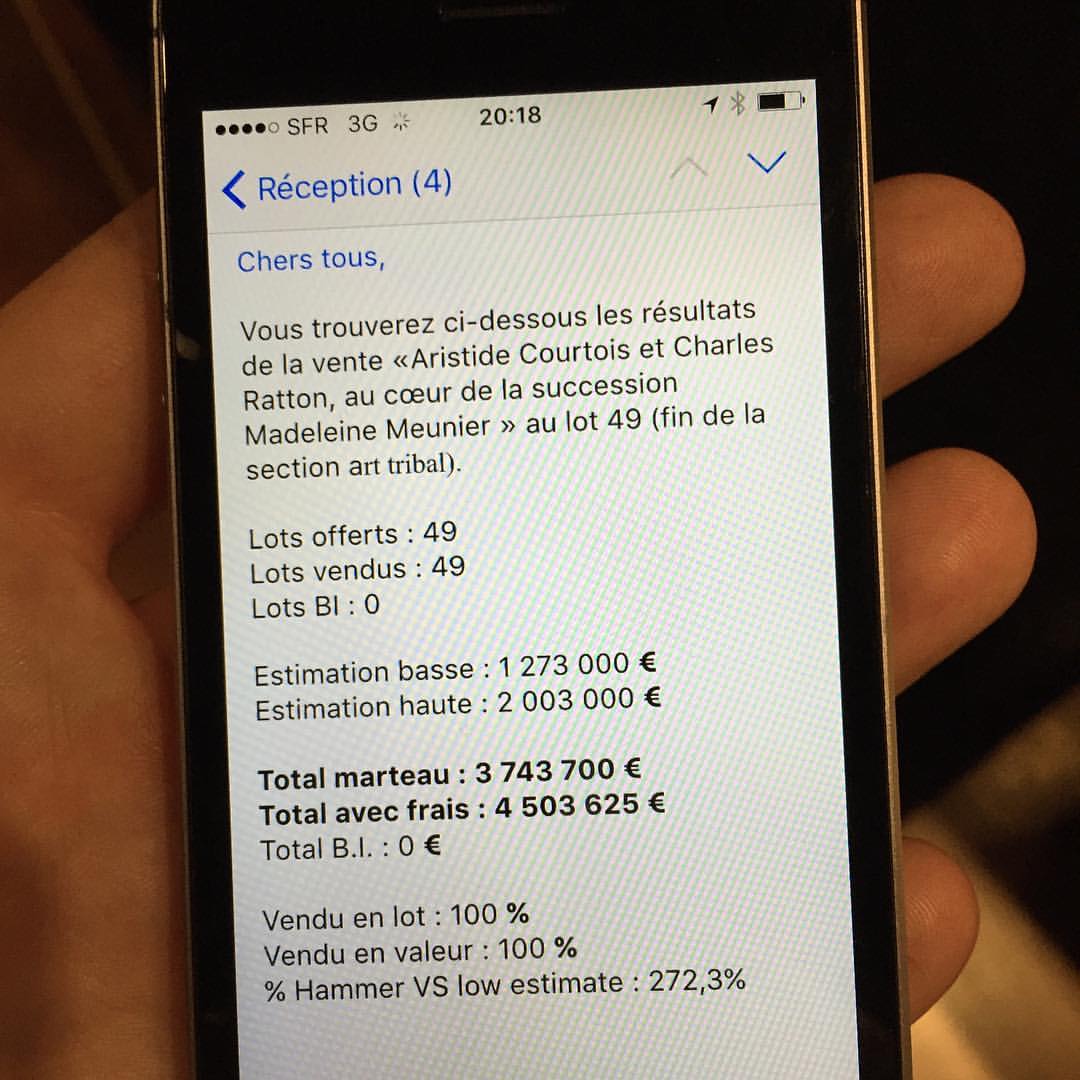 I’m very proud to report about my first “White Glove Sale” (an auction in which every single lot sells, for a perfect 100 percent sell-through rate): Aristide Courtois, Charles Ratton: At the heart of the Madeleine Meunier Collection, sold by Christie’s, in collaboration with Millon, last week in Paris. You can find the pdf of the catalogue here.

The sale made a total of € 4,5 million, doubling the pre-sale total high estimate! You can browse the results here. Many world records were broken, the star of the show of course being the beautifully complex Luba-Shankadi headrest of the Master of the Cascade Coiffure that graced the front cover. This masterpiece of African art was sold to a distinguished private collector for € 2,295,078 – a new record for a work of this artist.

I intentionally used the word ‘historic’ two times in this posts’ title, because it truly was such a moment. Never again will we see a collection like this appear at auction. None of these objects had been on the market before and all had passed through the hands of two important champions of African art: Aristide Courtois and Charles Ratton. It was a privilege for me to work with such a collection and very rewarding to see that everybody was at the appointment; thanks for your interest and participation.

These objects are in fact just at the beginning of their ‘career’; none of them had been published or exhibited before, but I’m sure we’ll see many of them again soon. Carefully safeguarded by Madeleine Meunier for almost half a century, these treasures surely will bring much joy to their new owners.

At Meunier’s specific request the sale took place at Drouot, where Charles Ratton himself had organized so many historic auctions, and this resulted in a very special atmosphere in the packed auction room during the sale. From the start, one object after the other shattered its estimate. Of course we deliberately had kept these low to stimulate the bidders’ enthusiasm, which resulted in some intense bidding wars – just like in the good old days. There surely was a lot of passion in the room! Also during the viewing days, it was such a delight to meet and discuss the objects with so many passionate collectors, scholars and dealers.

To finish, my favorite view of the exhibition: our ‘Kuyu’ room, highlighting the 2 Kuyu statues and 2 Kuyu heads collected by Aristide Courtois in Congo Brazzaville, here presented together for a very last time (after being together for almost a century) before they parted ways.. 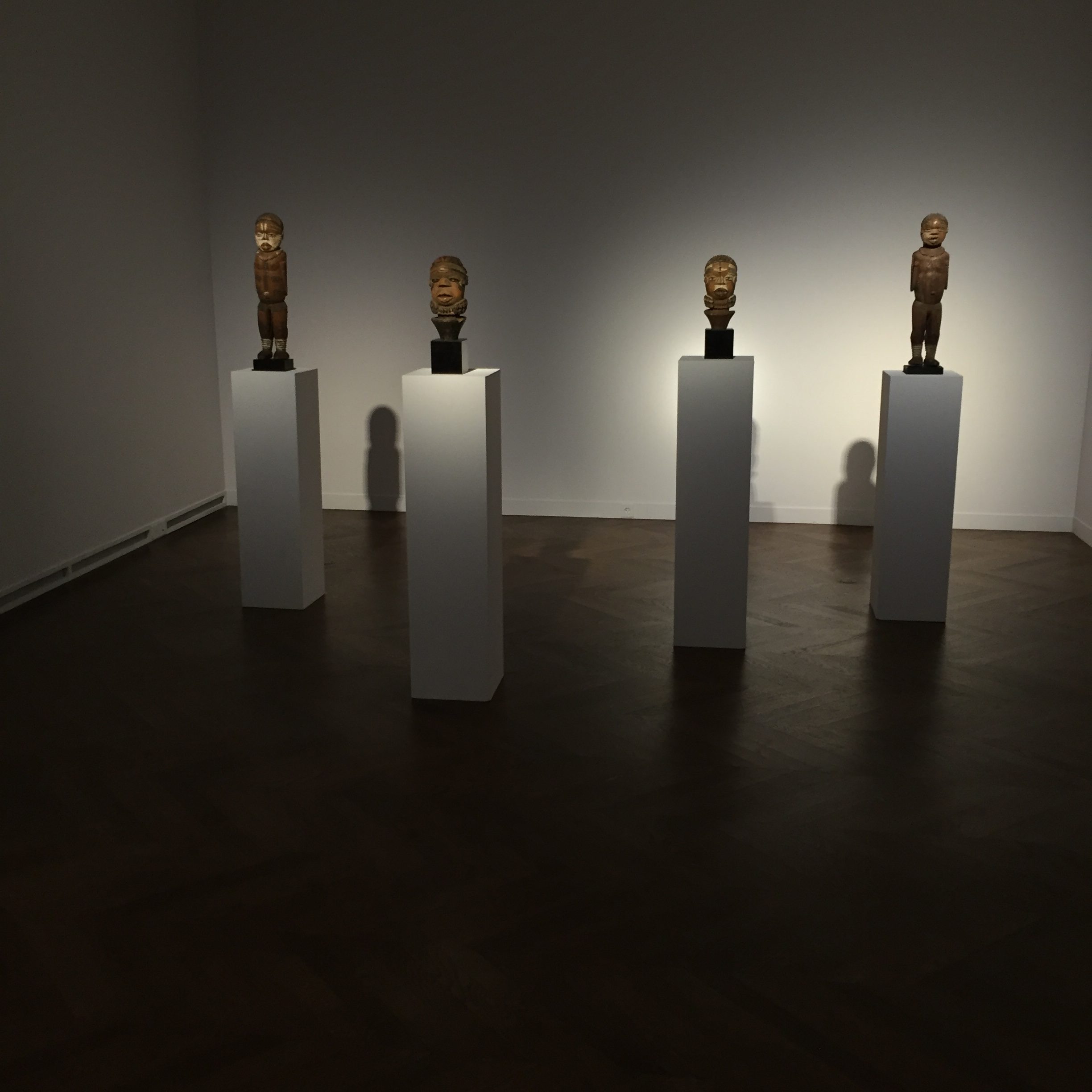