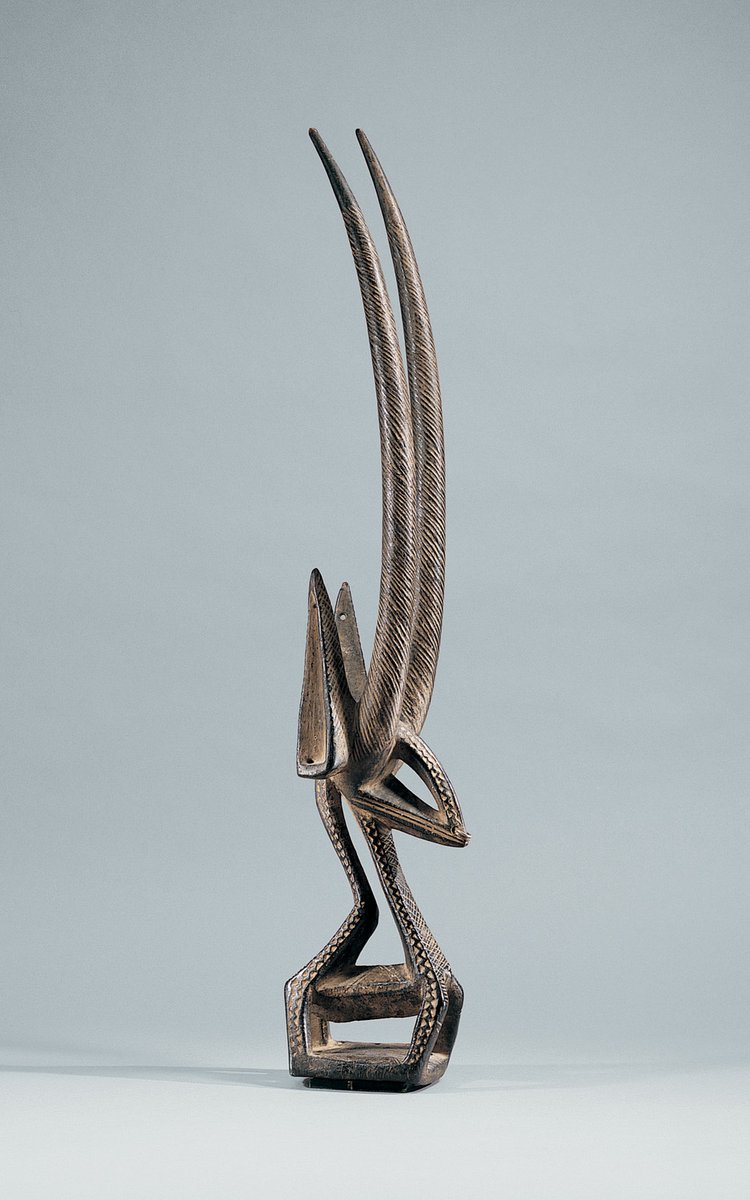 Image courtesy of the Metropolitan Museum of Art.

The Associate Curator of African Arts at the Metropolitan Museum of Art in New York, Yaëlle Biro, just broke the news on twitter that the museum acquired the above Bamana antelope headdress (ci wara) from Mali. In my humble opinion this is the best ci wara in existence. It has been in my African art top 10 since a very long time. The stylization of the antelope is spot on and the artists’ use of negative space is pure genius. I’m so happy that this headdress will soon go on public display after having been out of view for so long. The last time it could be seen was 15 years ago, when it was included in Bernard de Grunne’s Masterhands exhibition (Brussels, 2001: p. 54, #11). In 1966, it was shown in New York’s Museum of Primitive Art during the exhibition Masks and Sculptures from the Collection of Gustave and Franyo Schindler (#46). In 1989 it was published in Warren Robbins & Nancy Nooter’s African Art in American Collections, Survey 1989 (p. 73, #59); and from the Schindler collection it went on to a private NY collection until last month. The news is still fresh so this ci wara isn’t listed on the Met’s website just yet and neither do we know the kind benefactors who have made this exceptional purchase possible, but what a great addition again for the Met’s African art collection! It will be on view soon..

UPDATE: it was also published in Alisa Lagamma’s Genesis: Ideas of Origin in African Sculpture (p. 92, #47), which is freely available for download here. The catalog note eloquently describes the headdress as follows:

This headdress suggests a symphony of interwoven concave and convex elements. The horns, with their powerful outward and upward thrust, harmonize with the elongated and hollowed triangular ears, and prominent negative spaces are distributed throughout as visual highlights. The reductive sculptural form, a striking departure from convention, is an essentialized, skeletal structure that frames empty volumes in the area of the head, neck and lower body. The demarcation of these interior areas is accentuated by finely carved surface patterns that include a chain of diamonds along the ridge of the nose and the sides of the mane and neck; dense cross-hatching along the front of the neck and surface of the ears; and spiraling lines that travel up the length of the horns. In this interpretation, the antelope’s transparent being appears as an empty vessel waiting to be filled with life force.