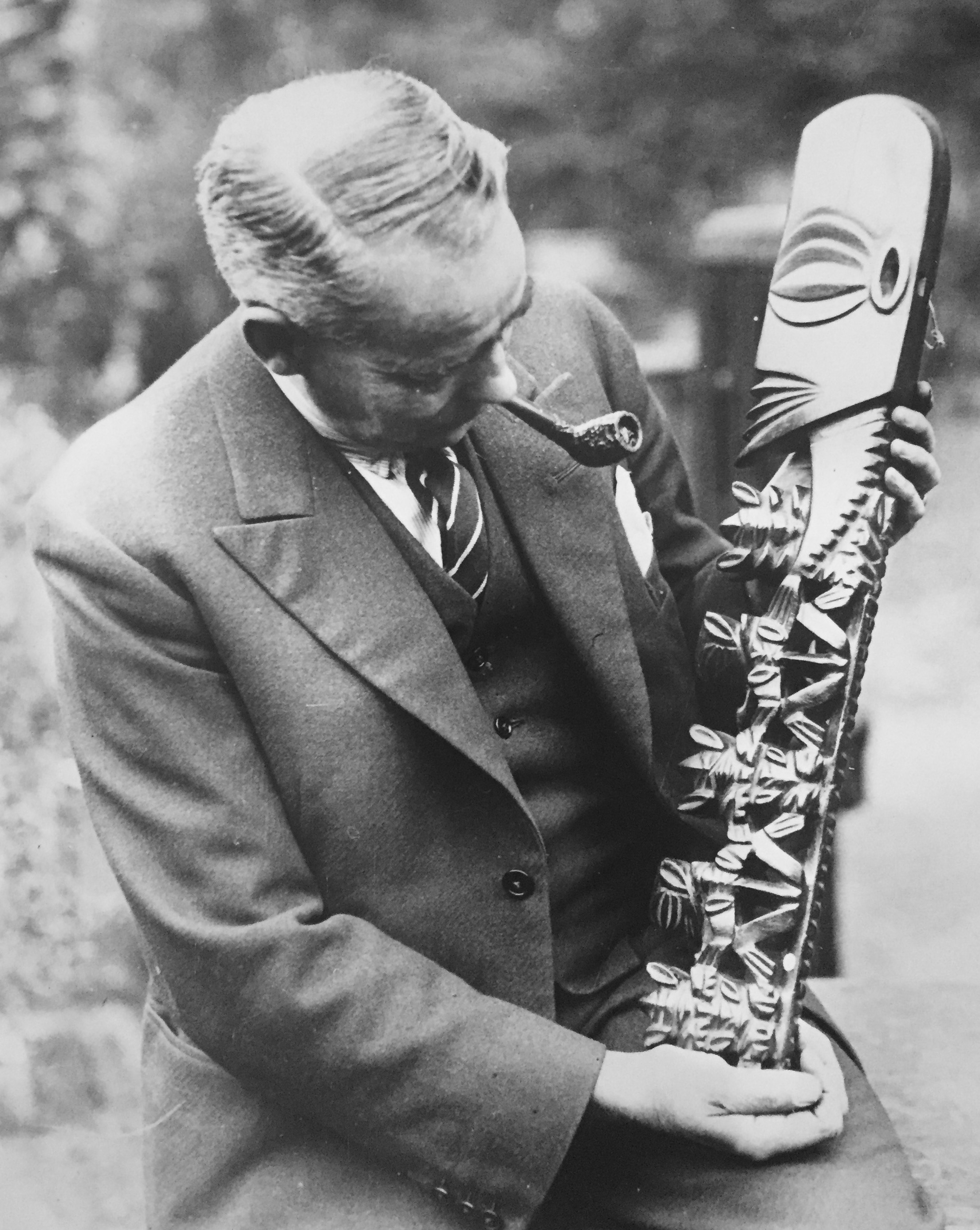 This week I’ve been enjoying the new book “W.O. Oldman. The Remarkable Collector”, published by Robert Hales and Kevin Conru and recounting the life of one of the most prolific British collectors/dealers of the first decades of the 20th century, William Oldman. During his life Oldman amassed the world’s largest and finest private collection of ethnographic objects, predominantly from Polynesia and Melanesia. This publication documents this lifelong journey through Oldman’s private archives – recently rediscovered by Robert Hales. There are more than 240 illustrations (most of them never published before) showing his inventory and private collection – not surprisingly I learnt that several dealers & collectors already discovered their own objects in the book (for example the Mbole figure Entwistle showed at Tefaf two years ago).

Robert Hales himself only knew one person who had dealt with Oldman, James Keggie (1901-1985), who regularly sold to him during the 1930s and 1940s. James said that Oldman had a mission to collect together as many Polynesian gods as possible, so that they cold receive the respect they deserved. At the time they were generally regarded as heathen idols and curios, and he abhorred this. When he brought home another Rarotongan god (similar to the one above), he would place it next to the others. James Keggie was present on one occasion and overheard Oldman say:

I have brought you another friend and now there are five of you. I am going to get you all back together and one day hopefully you will all go back home.

A wonderful quote. Documented by the photo below (apologies for the bad quality), on 13 August 1948 Oldman accomplished his life goal and sold his private collection of Oceanic material to the New Zealand Government for about £ 44,000 – he would die less than a year later. I’ve been looking a lot at this old photo; it has something very tragic about it. Not much later government officials would come to pack and ship away the treasures Oldman had been assembling his whole life. On the one hand, he must have been comforted they would (theoretically) stay together and return (more or less) to their origin, but one can’t fail to notice the incredible sadness in the man’s eyes – a big contrast with the big grin of his wife, who was probably very happy she didn’t had to live in museum anymore! 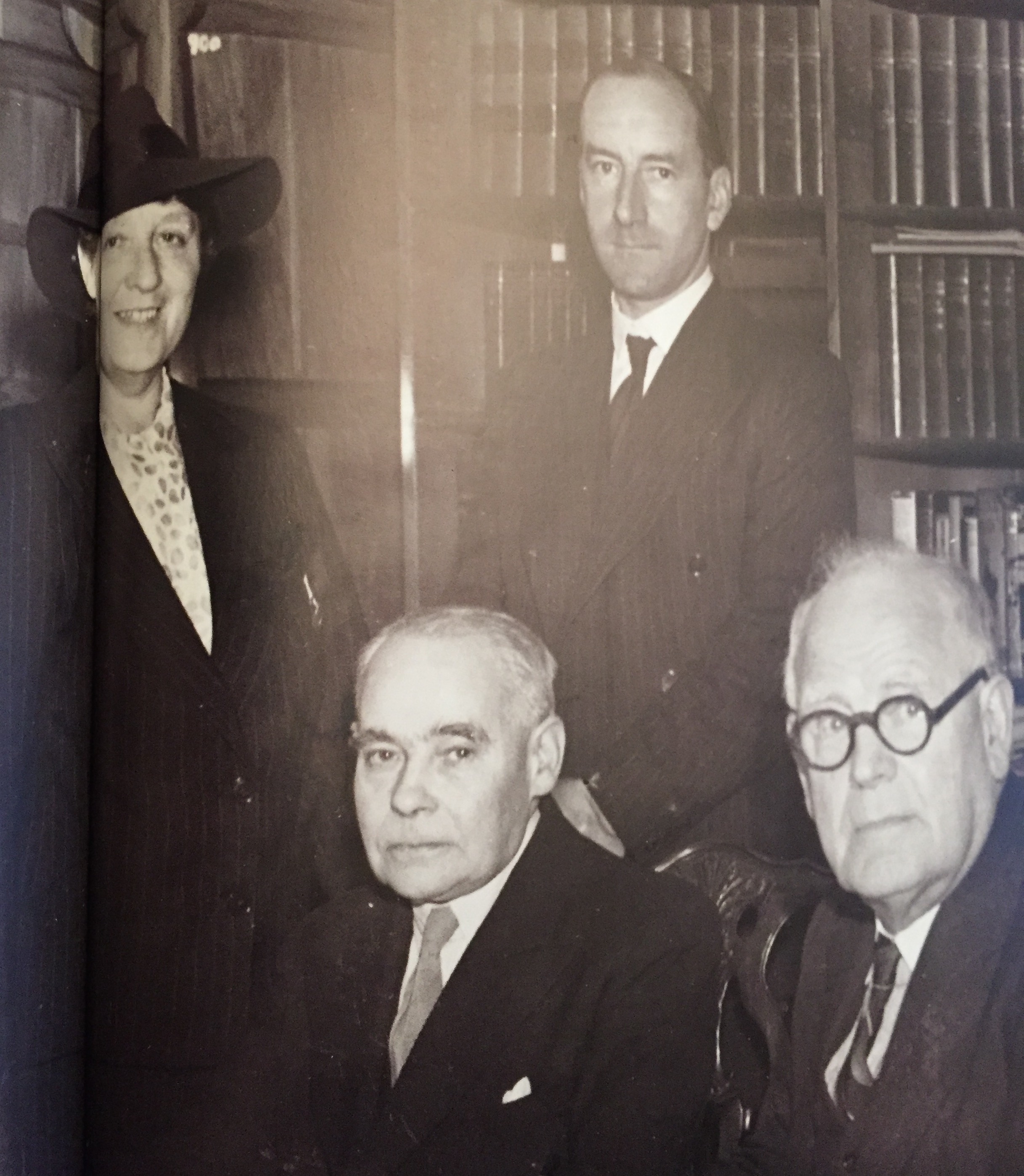 A (bad scan of a) photograph taken for the signing of the agreement of the purchase of a big part of the Oldman Collection by the New Zealand government on 13 August 1948. A very sad looking Oldman is seated next to the Rt. Hon. W.J. Jordan, High Commissioner for New Zealand. Behind Oldman stands his wife, Dorothy, all smiles. Image courtesy of Robert Hales.

ps it’s interesting to observe that unfortunately only 300 copies of this book were printed. Even with a price tag of € 275, it was able to sell out in only one week! The Mazarine bookstore in Paris even had to limit copies to 1 per customer during Parcours des Mondes. As a good friend observed: “In a dying industry (print), niche tribal art books seems to be going strong.” Turning your limited print run into a marketing opportunity seems to be a very clever move – as long as you don’t mind that your book will never reach a big audience. But as my friend observed: “Had they done a run 10 times larger and driven the unit costs down so they could charge 50 euros a book without the slip case, would they have sold out in one week as well?”