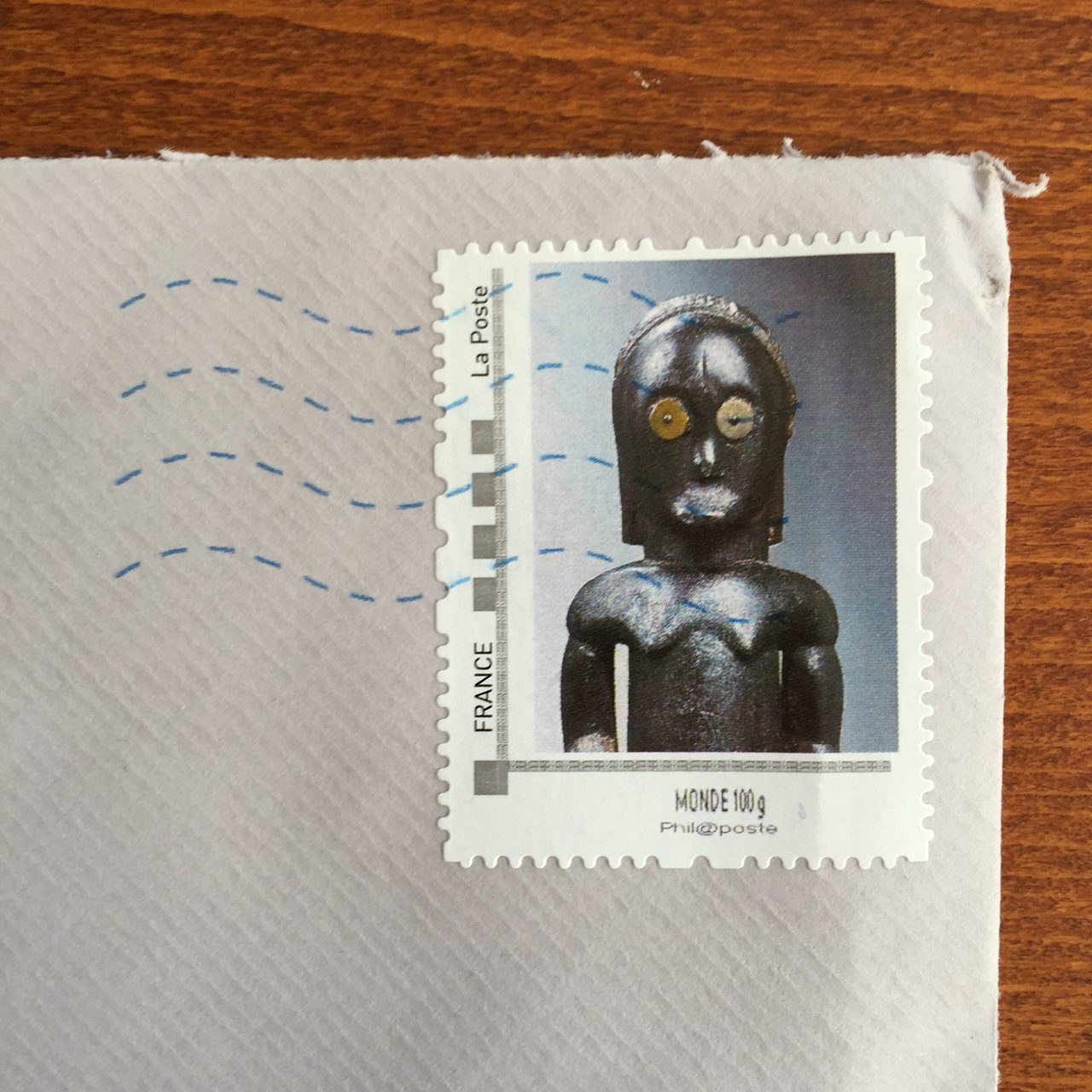 I’m surely not the only collector who long ago started with postage stamps. So whenever I get mail, I still pay attention to the stamp. The above example with a nice Fang figure graced Lucas Ratton’s invitation for Parcours des Mondes. Kudos to him for coming up with this great idea. Last year, Ratton already had made a Kota stamp – which was also very clever, see below. 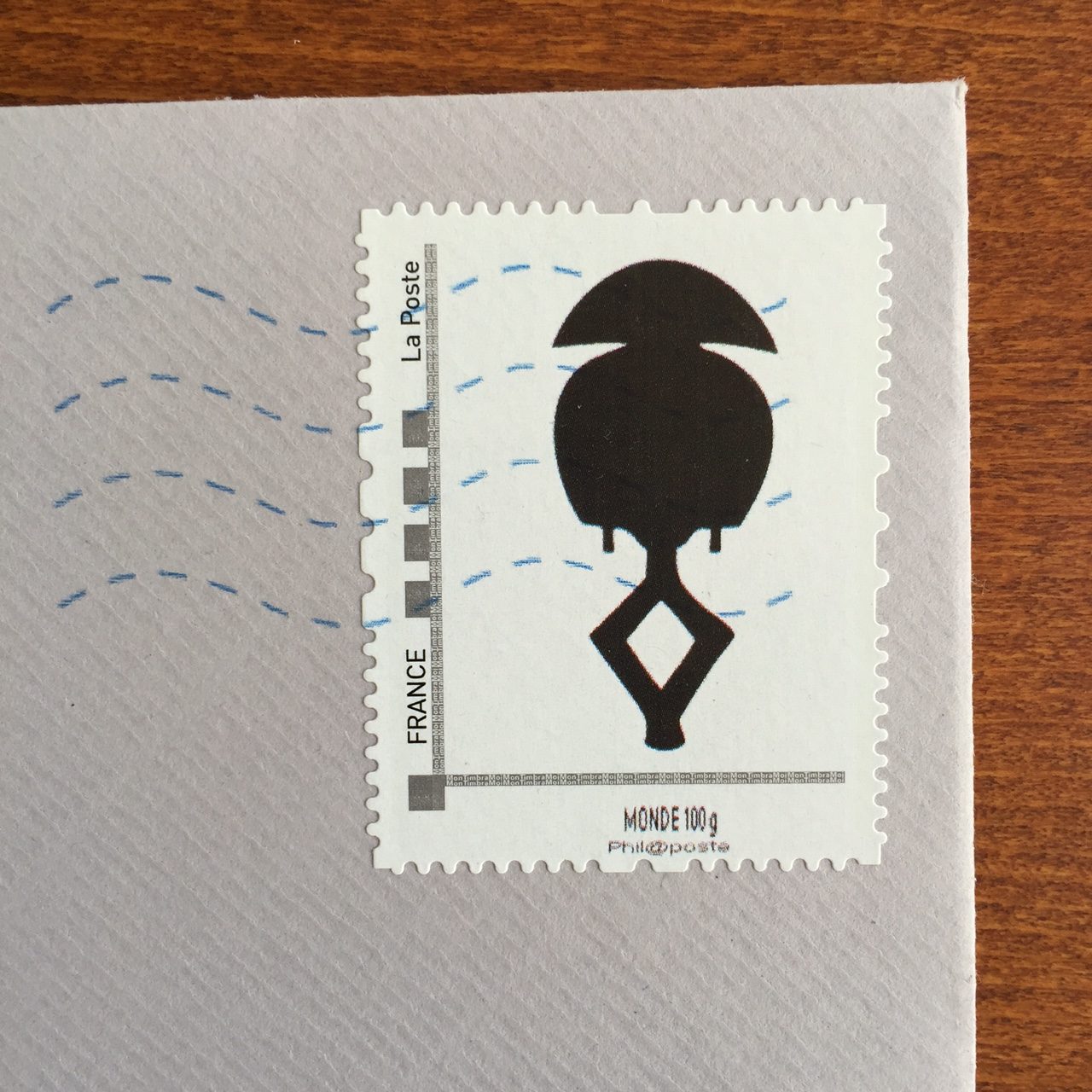 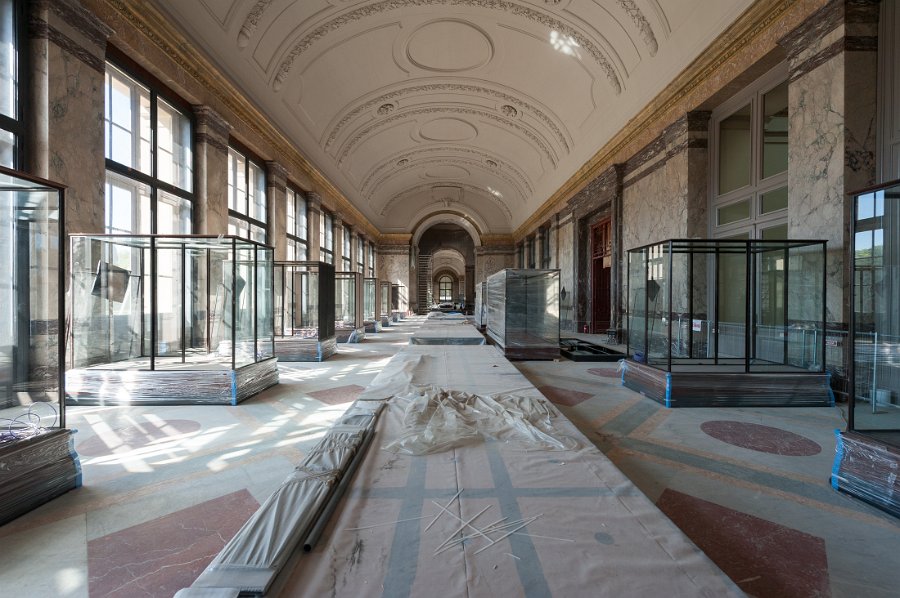 Click here for a short news item from Belgium TV about the ongoing renovation of the Royal Museum for Central Africa in Tervuren (in Dutch). Everything is still on schedule and the museum is expected to reopen mid-2017. You can follow the renovation on this blog.

From Tuesday 6 to Sunday 11th September, the charming Saint-Germain-des-Prés quarter in Paris again welcomes the crème de la crème of the international tribal art scene for the fifteenth edition of Parcours des Mondes. You can browse the catalogue here. To get in the mood, you can reread my review of last year’s edition here.

Under the banner Espace Tribal there is also a wide variety of side activities. There’s a retrospective exhibition with a small selection of objects and images tracing some of the key moments in the evolution of the event at 22 Rue Visconti. Furthermore, there are several opportunities to meet authors and experts. I’ll be participating in a roundtable discussion in conjunction with the opening of Parcours together with its director Pierre Moos and this year’s honorary president, Inti Ligabue, Tuesday from 5 to 6 pm. At Christie’s, we will be presenting several highlights from our December sales (shown in juxtaposition with Old Master Paintings!) from Thursday 8 to Wednesday the 14th. Hope to see you there ! 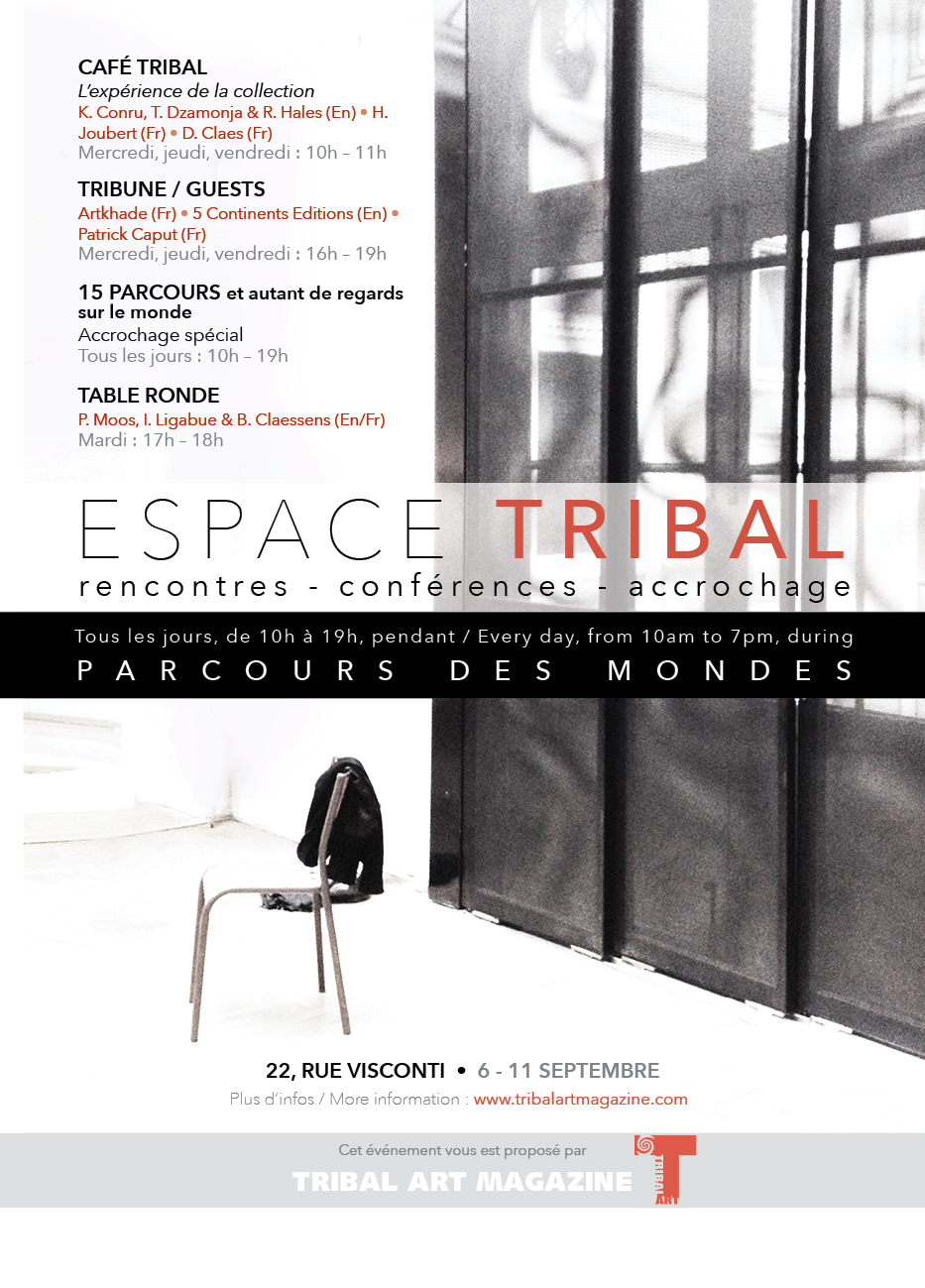 The term “gbekre” has long been used to designate the monkey figures of the Baule. In my book Baule Monkeys I tracked down the origin of this unfortunate appellation.

The word gbèkrè first appeared in a now little-known article written by Maurice Delafosse in 1897 for the Museum of Natural History in Paris[1]. Describing the animals indigenous to the Baule region, he noted that the baboon, Cynocephalus sphinx, was widely found throughout the area and was known as Gbèkrè or Wotoumo.

Under the heading of ‘religion and superstition’, Delafosse mentions the existence of two types of ‘idols’ in his Baule dictionary of 1900: waka akatya – in the form of a chimpanzee, and waka gbèkrè – in the form of a baboon[2]; in both cases waka may be translated as ‘wood’[3]. Akatya is not mentioned later and seems to have been forgotten, perhaps because the heads of so many such figures were indeed more reminiscent of a baboon[4]. The same dictionary mentions two other uses of the word gbekre, namely the differently pronounced gbékré (mouse) and gbekre-sè (mouse box).

However, a better-known publication by Delafosse is at the root of the misunderstanding that has persisted to the present. In his article on the art of the Baule published in 1900, he identified gbèkrè as the ‘baboon god’ in the subsection entitled ‘Génies’[5]. Consequently, every apelike Baule figure would be referred as gbekre (without diacritics) in the literature. As early as 1956, Holas wrote in the introduction to his article on Baule bowl-bearing figures that, owing to Delafosse’s 1900 article, such figures were wrongly described as gbèkré [6] (note, however, that Holas was also imprecise in his use of diacritics). Despite its having been long known to be erroneous, this term is still prevalent in 2016.

With or without diacritics, gbekre always means ‘mouse’ and should be avoided when referencing Baule bowl-bearing monkey figures. If you want to discover how we should call these statues, you’ll have to read the book 🙂 You can order it here.

[2] Delafosse, 1900b: p. 31. There was little room in that dictionary for discussing the use of these figures.