I’m very proud to present my first auction catalogue for Christie’s, you can browse it here. 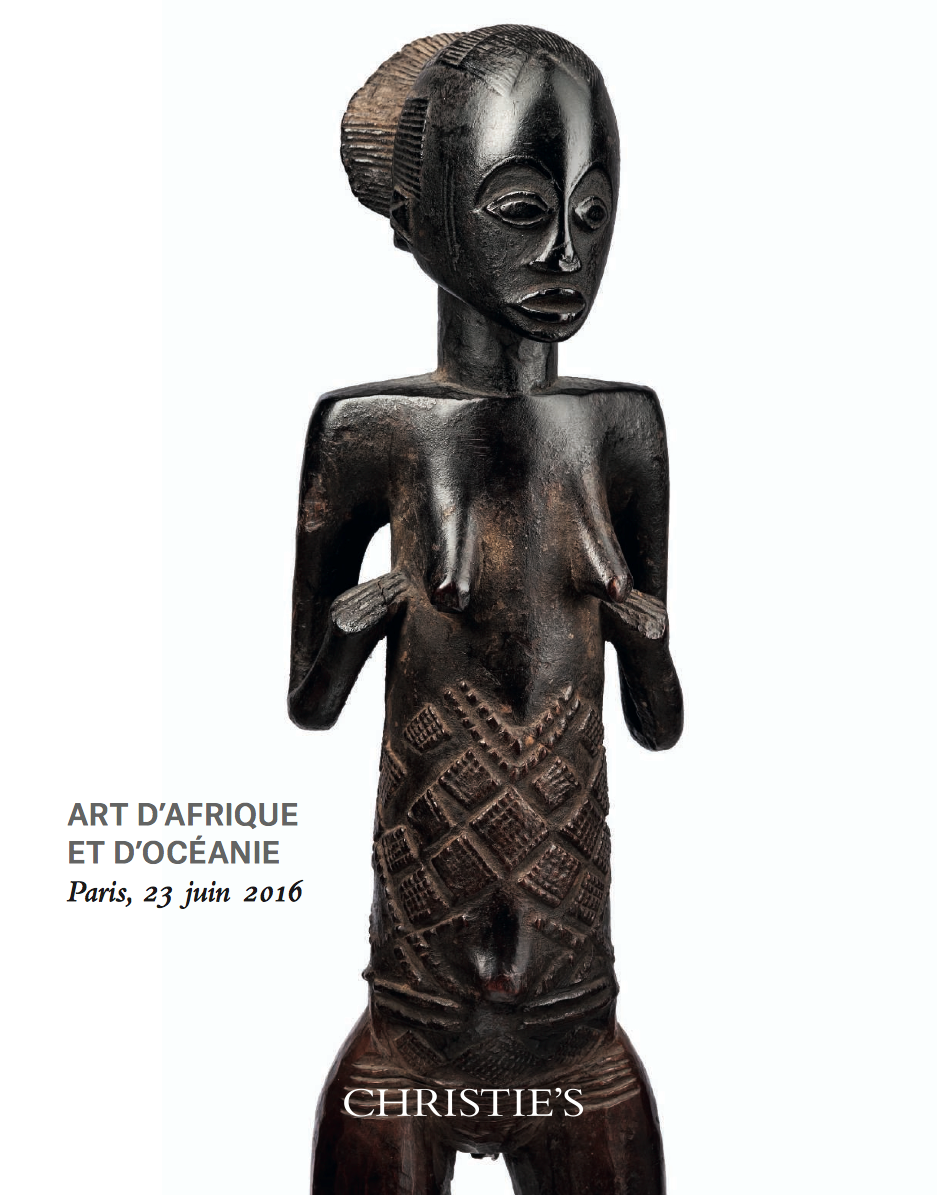 So, now you know why it has been so quiet on the blog these last few weeks 🙂

The sale features an important selection of objects from the estate of Emily ‘Jazzy’ Wingert (1934-2015). Especially her Maori works are truly exceptional. Below the English translation of the catalogue note about Ms. Wingert:

“Stop the Bus!” : The Emily A. Wingert Collection of Oceanic and African Art

In the 1950’s, as a college student, Emily Wingert (1934-2015) was travelling downtown on the Third Avenue bus in Manhattan when she was struck by a window display of African art. She recalled calling out, “Stop the bus!”, because she was so captivated by what she saw that she had to have a closer look. It was the historic gallery of Julius Carlebach that changed the course of her life. The works of art left her hungry for more information, and she changed her major to anthropology at Columbia University.

She studied with renowned scholar, Paul Wingert, whom she would later marry. Together in 1962, they took a sort of honeymoon in the form of a year-long academic journey through the Pacific, with most of their time spent studying Maori art in New Zealand. It is surely the deep knowledge she gained during this time that eventually informed her important Maori acquisitions. That, along with her continuing passion for African and pre columbian art, inspired her to build an impressive collection.

Emily Wingert’s interests and talents were vast and varied, though. After Paul Wingert’s death in 1974, as the owner and CEO of Mark Ten Security in Montclair, she became one of New Jersey’s first female licensed private detectives. In 1988, she followed her passion for jazz and fine dining and created Trumpets, a jazz club and restaurant in Montclair. After 10 years, she sold Trumpets following a sudden and total hearing loss. Adjusting to her deafness, she joined an online discussion group known as the “Say What Club.” This organization became her new passion, and she helped lead a group of people who felt isolated DUE TO THEIR HEARING difficulties, into a mutually supportive community. As an early adopter of the Internet, Emily found that she could talk to people and regain some of the connectivity she had lost with her hearing.

Born into a collecting family, Emily Wingert, nevertheless, clearly was a woman ahead of her time and an original spirit. She would later describe her passion for collecting African, Oceanic and Pre-Columbian art (in Vision, Montclair State College, Spring 1989): ‘Not only DO these pieces provide vibrant and exciting clues to the past, they are also great art forms that deserve as much of a place in the art world as works by Picasso or Matisse. I have donated works of art [to the Montclair State College Museum] with the hope that they will inspire others to study this art.’ Emily Wingert surely would be delighted to learn that the objects from her precious collection will come to enrich the lives of a new generation of collectors.

The ‘Stop the bus’ anecdote reminded me of the opening scene of Bell, Book and Candle (see it here), with features a recreation of Carlebach’s gallery in New York. Anyway, I’ll write more about our sale in the coming weeks. Don’t hesitate to get in touch if you should have questions about any of our lots.