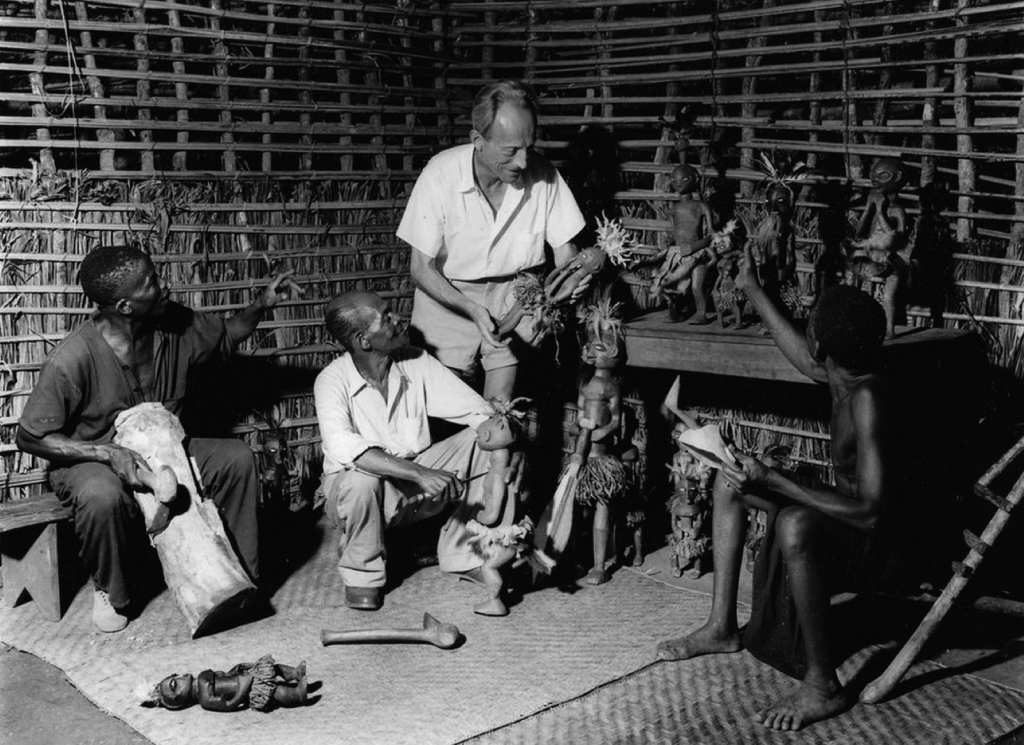 Robert Verly in the atelier of Kaluesha in the region of Tshikapa, ca. 1956. Photo by Carlo Lamote, Inforcongo. 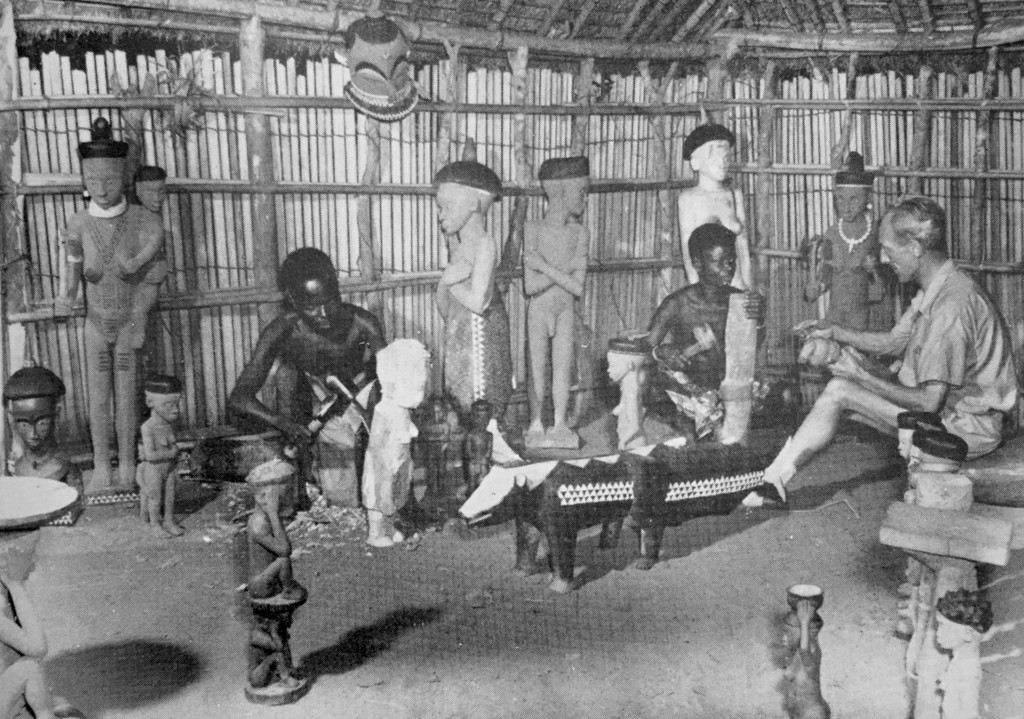 Robert Verly in the workshop of Kaseya-Ntambwe (on the left, while instructing an apprentice) in Kandolo-Mututwa. Photo by Carlo Lamote, Inforcongo, ca. 1956.