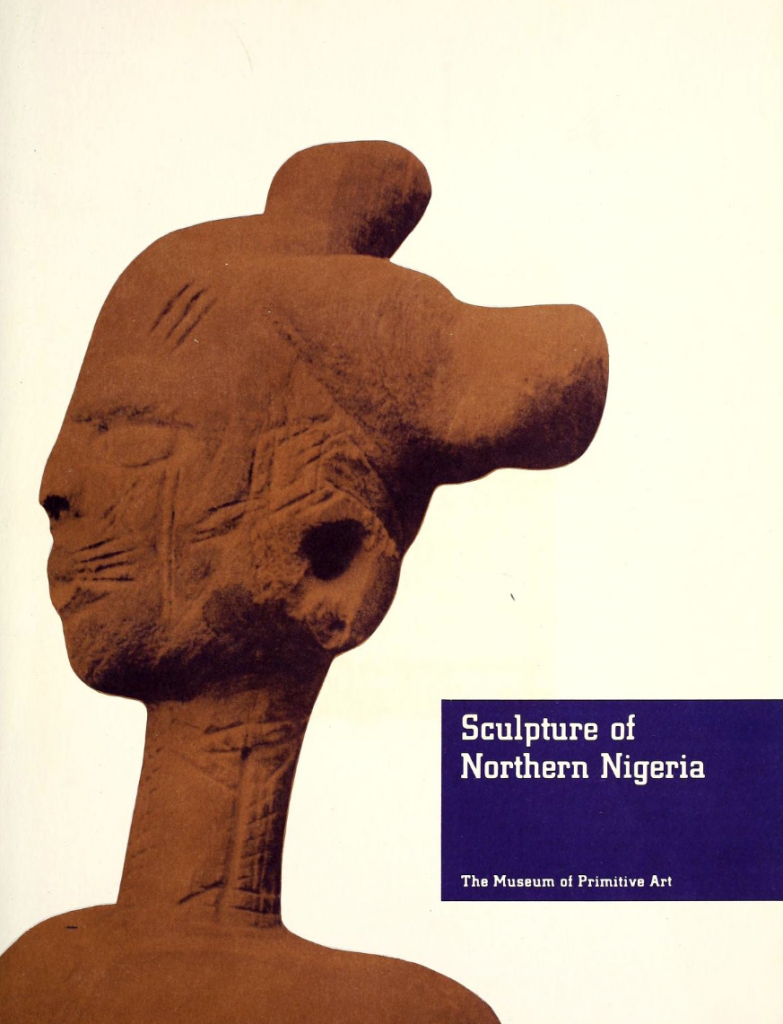 One of the first books on the art of that region, Roy Sieber’s Sculpture of Northern Nigeria is available online for free here. Published in 1961, it was based on Sieber’s fieldwork in Nigeria and accompanied an exhibition at the Museum of Primitive Art. The catalogue discusses the Igala, Idoma, Goemai, Montal and Jaba. Sieber was the first person in the United States to get a Ph.D. in African art history, at the University of Iowa, in 1957. He’s considered the founder of the discipline of African art history in the United States. During his long tenure at the University of Indiana, he supervised the Ph.D. theses of at least thirty scholars, three of the first being René Bravmann, Arnold Rubin, and Anita Glaze.

Sculpture of Northern Nigeria throws new light on two of these obscure areas, both near the Benue River of Nigeria. The history of the region is one of migrations and cross-currents of conquest ending only in the last century; but despite the shattering impact of such upheavals, the tribes about the Benue River have maintained strong artistic traditions. These traditions have few affinities with the well-known tribal styles of southern Nigeria, but seem rather to be related to western Sudanic forms.

This is a rare and hard to find catalogue, so be sure to have a look.