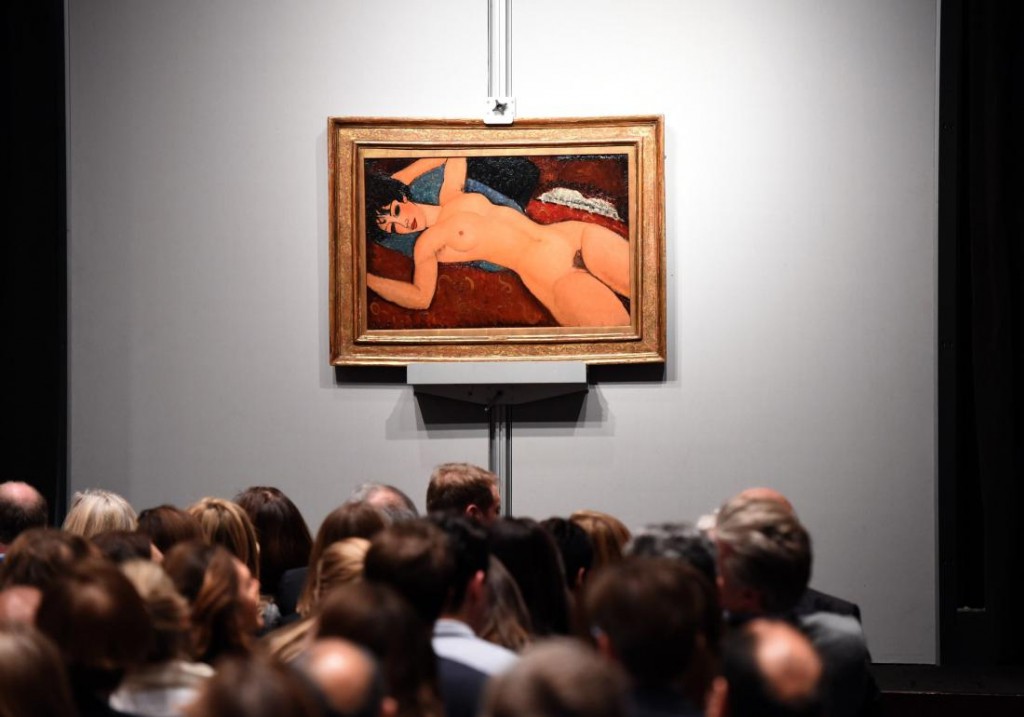 The event that marked the art world last year was the sale of Modigliani’s Nu Couché for $ 170,4 million at Christie’s New York (info). It became the second most expensive painting ever sold at auction. The painting is one of a series of great female nudes made for Léopold Zborowski that famously caused a scandal nearly a century ago when they were exhibited at Modigliani’s first and only one-man show at the Galerie Berthe Weill in Paris.

Another painting of that exhibition ended up in the hands of a famous African art collector: Klaus Perls, the owner of Perls Galleries. We know Perls for the 153 pieces of Benin art he donated to the Metropolitan Museum of Art in 1991. Kate Ezra wrote a great book about this collection, which is available for free here. In 1997, Klaus Perls would donate his Modigliani to the Metropolitan; you can see it on the picture below. It’s strange to think that this one (extraordinary) painting is worth as much as his complete (encyclopedic) collection of Benin art. Anyhow, it’s great to see them together. 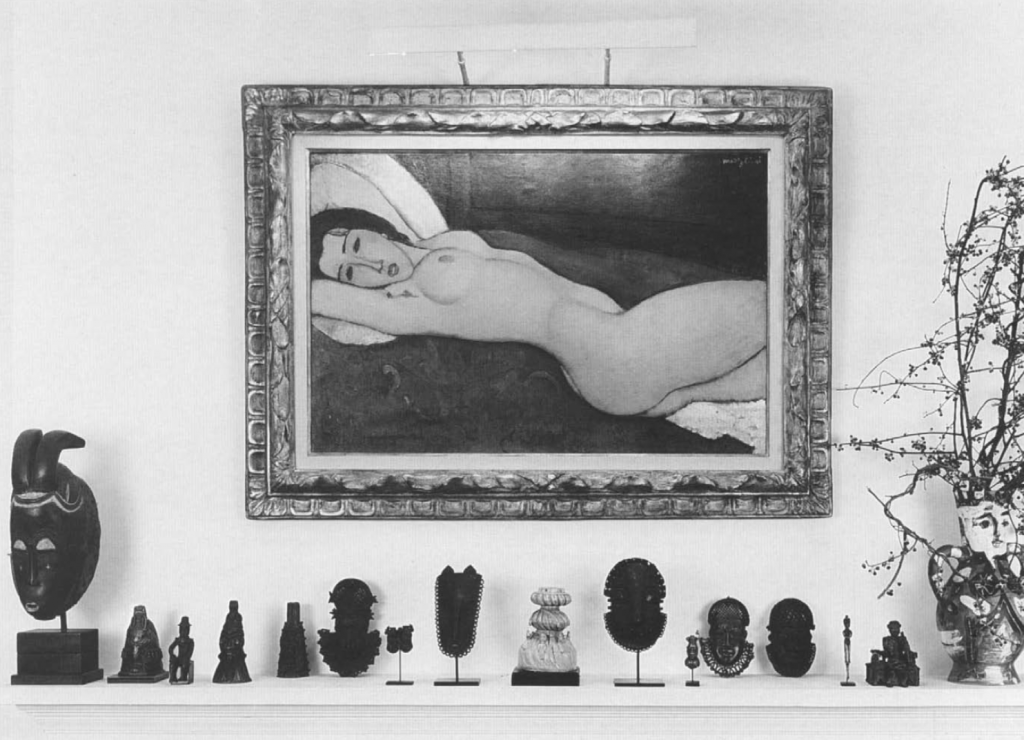 The dining room of the Perls home, with Benin art (and a Baule mask) displayed beneath Nu Couché by Amedeo Modigliani, 1918.

ps fourth from the left, the attentive eye can spot a ‘Birmingham bell’, as previously discussed on the blog here.