Last week, the former African art dealer Jean-Pierre Jernander passed away at his home in Brussels (above Vasco & Co. books). Born in 1939 in Kikwit, in the Belgian Congo, Jernander spent his youth in Africa. Back in Belgium, his encounter with painter Annie De Vriese played an important part in his life. After their marriage in 1965, she, who loved antiques, encouraged him to become a dealer in African art – which he did in 1970. As Jean-Pierre Jernander’s father had been a State agronomical engineer in the Congo during his whole career, many retired colonial officiers opened their doors (and collections) to him in Belgium – where he discovered numerous masterpieces. It’s telling that the current Kongo exhibition at the Metropolitan (info) shows two iconic objects that once passed through his hands: the famous Kongo maternity figure from the Master of Kasadi from the National Museum of African art (info) and a crossed-legged Yombe figure from a private collection (info). The Virginia Museum of Fine Arts holds a fantastic kneeling Vili maternity figure, and an important Yombe sceptre, both discovered by Jernander. The Detroit Institue of Arts has a magnificent Mangbetu harp and the Minneapolis Institute of Art a Songye figure – just to make it clear that his finds are now spread over important collections all over the world. One can only imagine the life full of thrills Jernander must have lived discovering all these masterworks in private colonial collections. Several objects of his private collection were published by Cornet in Zaire. Peuples/Art/Culture (Antwerp, 1989). After the untimely death of his wife in 1996, Jernander put up his entire Congolese collection for sale at Drouot in Paris – with the exception of his exquisite collection of Congolese ivories, which unfortunately later was stolen from him. Partly published in Belgium Collects African Art (pp. 252-257), its current whereabouts are unfortunately still unknown. 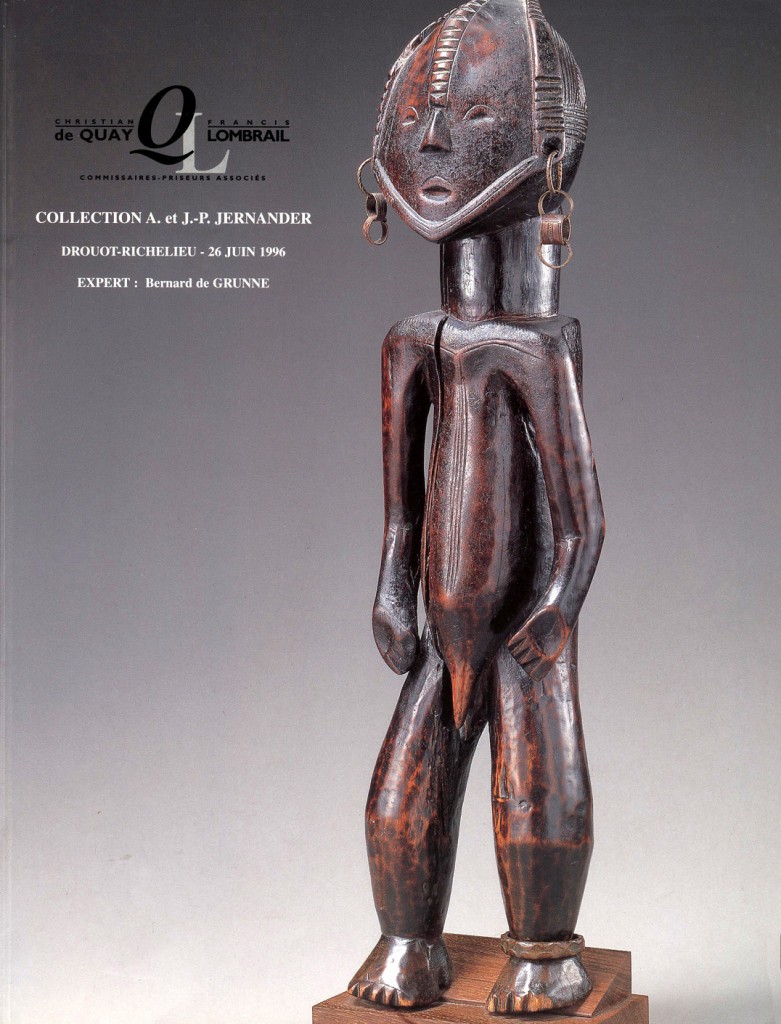