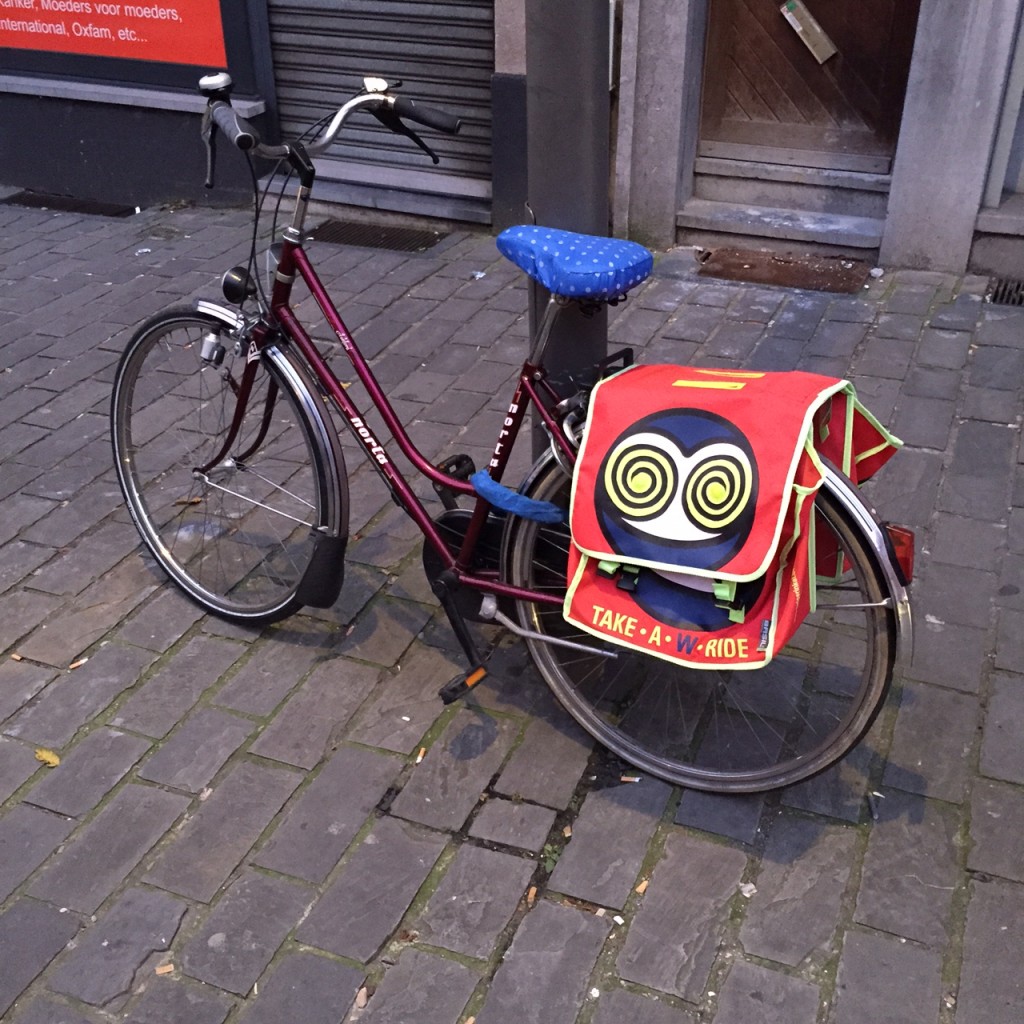 In 2009, the Belgian fashion designer Walter van Beirendonck created a bicycle bag for a bicycle promotion campaign in Flanders. Ever since, one can spot these flashy bags on the streets of Antwerp. What no one realizes is that they were in fact inspired by the masks worn by members of the Duk-Duk secret society of the Tolai people of the Rabaul area of New Britain, the largest island in the Bismarck Archipelago of Papua New Guinea. The motif of the spiral eyes of these masks was used by van Beirendonck in his Glow collection (Autumn/Winter 2009-10) after having seen a real duk duk mask at a gallery on the Sablon in Brussels. And that’s the reason why one can often spot an Oceanic motif in the streets of Antwerp 🙂 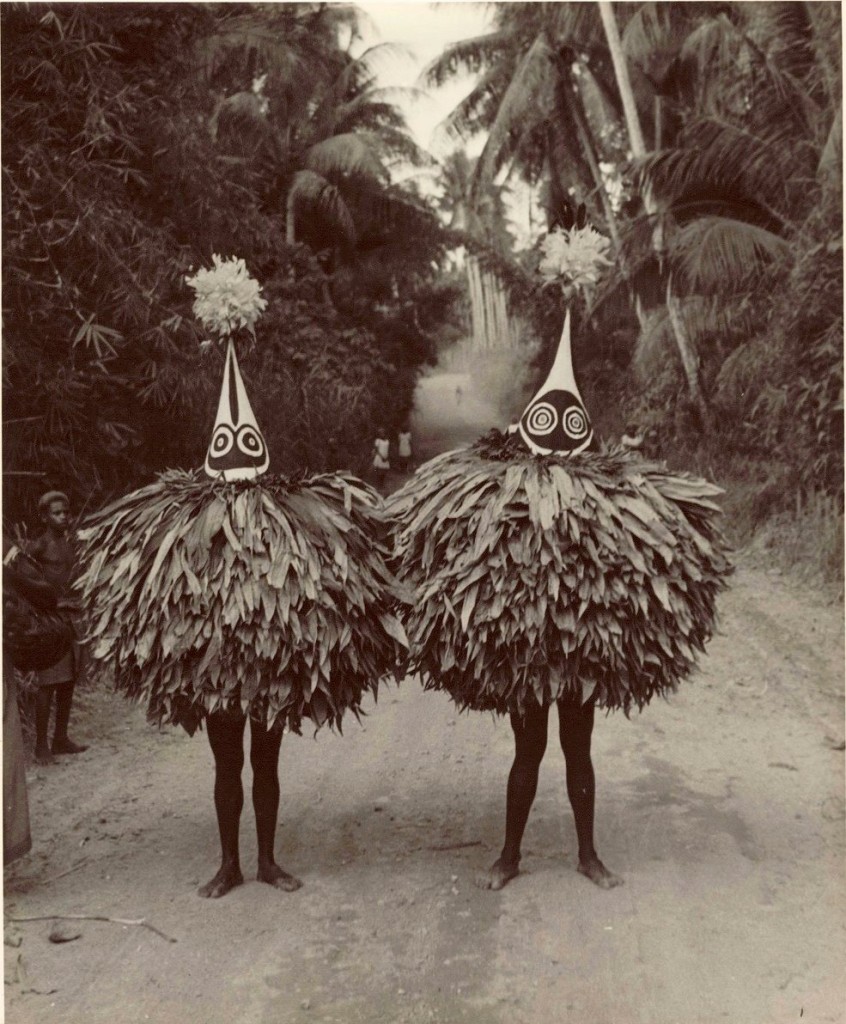