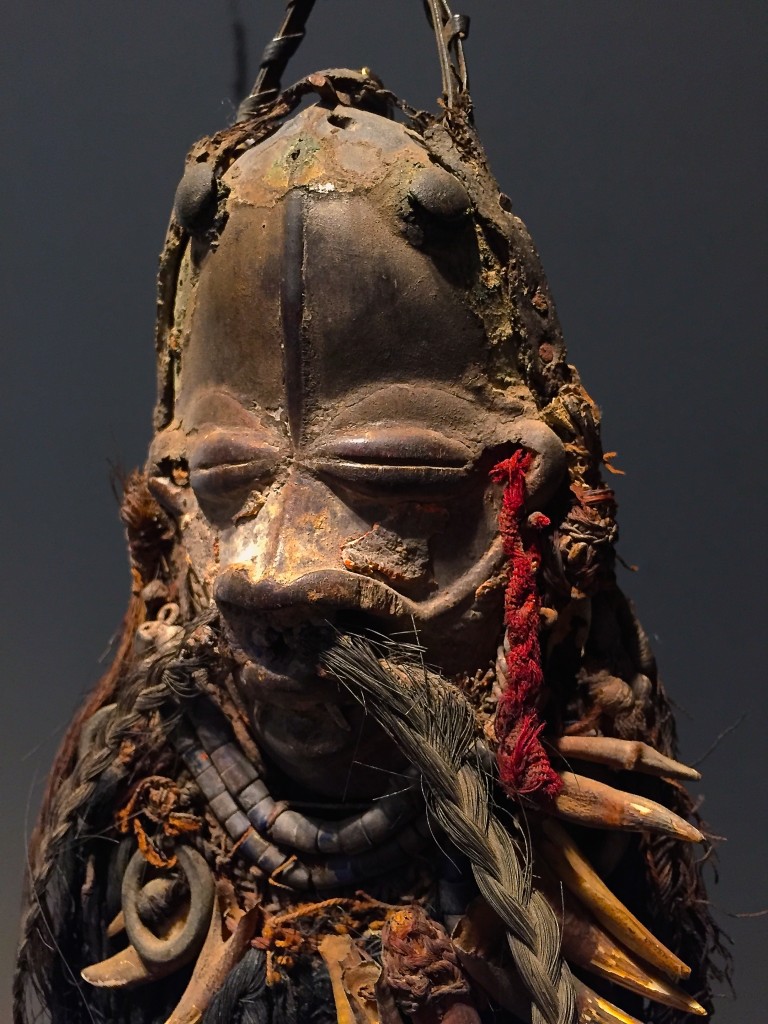 After picking the name of our daughter, I was very pleased to discover there was a link with African art. Garance, except for a beautiful first name, is the name of a plant, the madder, belonging to the coffee tree family (the Rubiaceae). Madder, well characterised by its clinging leaves, has been grown for ages to produce a red dye from its roots. This dye was used to color the garance red trousers of the French infantry uniform, introduced originally in 1829 (in an attempt to boost the madder-growing industry). With the start of World War I, the high visibility of these trousers became a liability and they were discarded. To this day, some soldiers of the US and UK army still wear garance red uniforms on special ceremonial occasions.

But back to Africa. When the French conquered mainland Ivory Coast at the end of the 19th century, the indigenous population was quickly overpowered due to the superior military strength of the invading force. The brightly colored trousers of the French soldiers unsurprisingly did not fail to leave an impression on peoples such as the Dan and Wè. As this alien type of cloth became associated with power, mask wearers tried to obtain fragments of it to include in their costumes. One can sometimes find small strips of it attached to masks – or as in the example above, on a Wè miniature mask, where a small piece hangs from the left pierced ear (probably the right ear once had a similar strip). Such small masks were used to secure the consent and support of the supernatural world through the mediation of the ancestors. With these miniature masks the living strove to please their ancestors to make them positively sympathetic towards their acts. One way of pleasing them was by attaching all kinds of paraphernalia to them – each being very symbolic. Another foreign material one often can spot are glass beads – probably easier to obtain than a soldier’s pants.

ps many thanks for all your kind emails; both mother and daughter are doing very well.