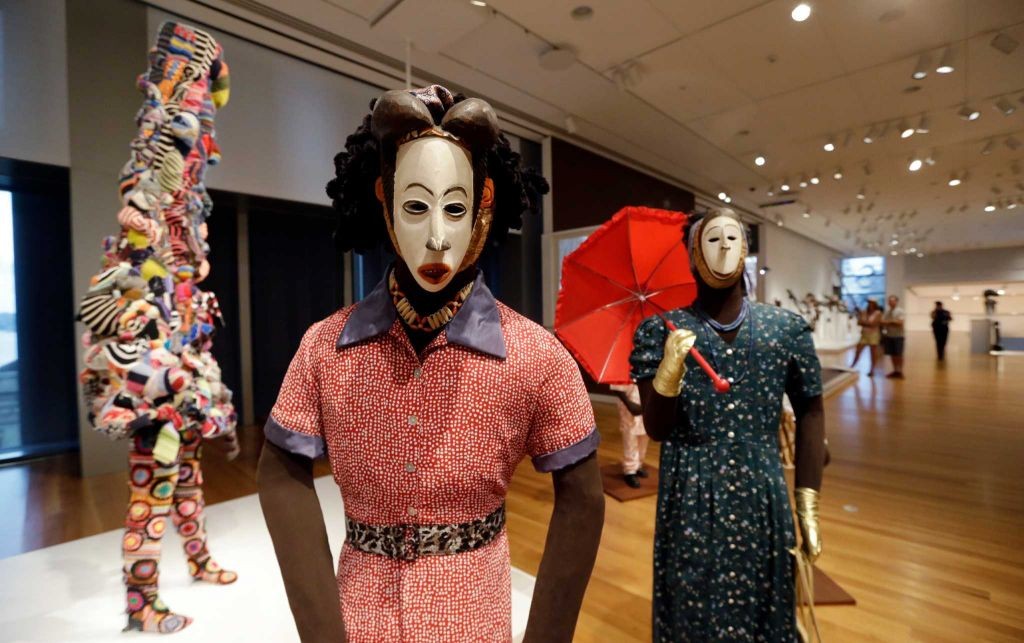 Holiday season or not, a lot has been happening in the African art world these last few weeks; an overview:

To forward his cause, Mr. Dokolo’s foundation has set up a network of researchers and dealers (such as Didier Claes & Tao Kerefoff) to comb through archives and monitor the art market in search of stolen African art. Any time such artwork can be identified, Mr. Dokolo said, its owner will be offered a simple choice: Either sell him the work for the price at which it was acquired or face a lawsuit for theft.

The proposed changes stipulate that all artworks older than 50 years and valued over €150,000 require an export permit to be sold abroad, even within the European Union, in order to prevent the loss of “national treasures.”

A similar system already exists in France, the ‘droit de préemption’: each African art object sold for more than € 50,000 needs a permit and ‘passport’ before being allowed to leave the country.

The creative output of Kongo artists of Central Africa will be represented by 134 works drawn from more than 50 institutional and private collections across Europe and the United States, reflecting five hundred years of encounters and shifting relations between European and Kongo leaders. From a dynamic assembly of 15 monumental power figures to elegantly carved ivories and finely woven textiles, the exhibition will explore how the talents of Central Africa’s most gifted artists were directed toward articulating a culturally distinct vernacular of power. From Frederick III’s Kunstkammer in Copenhagen, the Württemberg Kunstkammer in Stuttgart, the Holy Roman Emperor Rudolf II’s Prague Castle collections, the Royal Kunstkammer of King Frederick III of Denmark in Copenhagen, and Queen Christina of Sweden’s Royal Collection, Stockholm, there will be a selection of early ivory elephants never presented before in an exhibition.

“The electrifying Mangaaka power figure acquired by the Met in 2008 was the impetus for this exhibition,” said Alisa LaGamma, the Ceil and Michael E. Pulitzer Curator in Charge of the Department of the Arts of Africa, Oceania, and the Americas. “On view in our galleries for the past seven years, this iconic symbol of law and order has been the object of universal fascination, so we decided to delve deeper into the history and circumstances of its creation. While exploring Kongo’s centuries-long cultural interaction with the outside world, and the full spectrum of Kongo aesthetics, our research led to new discoveries and to this unprecedented opportunity for the full play of the artists’ ingenuity to be admired across a range of genres.”

I’m happy to see the exhibition also got a hashtag: #KongoPower.

ps apologies for the lack of posts, my next book is eating up all my time.