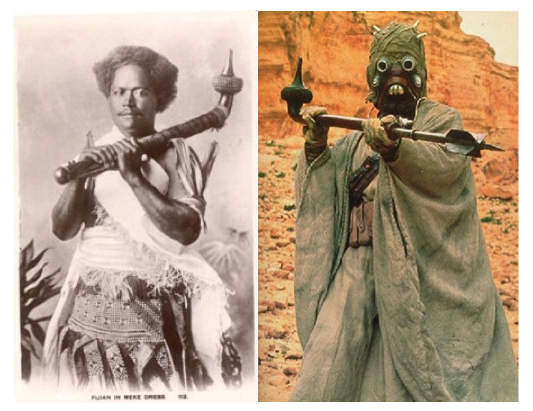 While African art had no influence on the costumes used in George Lucas’ Star Wars (as explained here), the props department did use wooden Fijian war clubs as an inspiration for the design of the weapon of one of its characters.

The handle of the gaffi stick, used by the Tusken Raiders on Tatooine, incorporates a full length Fijian totokia, and other versions incorporated other forms of long handled Fijian clubs – not surprisingly seen their fearsome appearance.

According to Fiji material culture scholar Fergus Clunie who describes it as a beaked battle hammer (in Fijian Weapons and Warfare, 1977: p. 55), “…the totokia was intended to “peck” holes in skulls.” The weight of the head of the club was concentrated in the point of the beak of the weapon or kedi-toki (toki to peck; i toki: a bird’s beak). The totokia “…delivered a deadly blow in an abrupt but vicious stab, not requiring the wide swinging arc demanded by the others.” (Yalo i Viti. A Fiji Museum Catalogue, 1986: p. 185) It was a club that could be used in open warfare or to finish-off or execute warriors on the battlefield.

ps as you can see below, the large spiky head of the club references the fruit of the pandanus (and not the pineapple as is often erroneously stated). 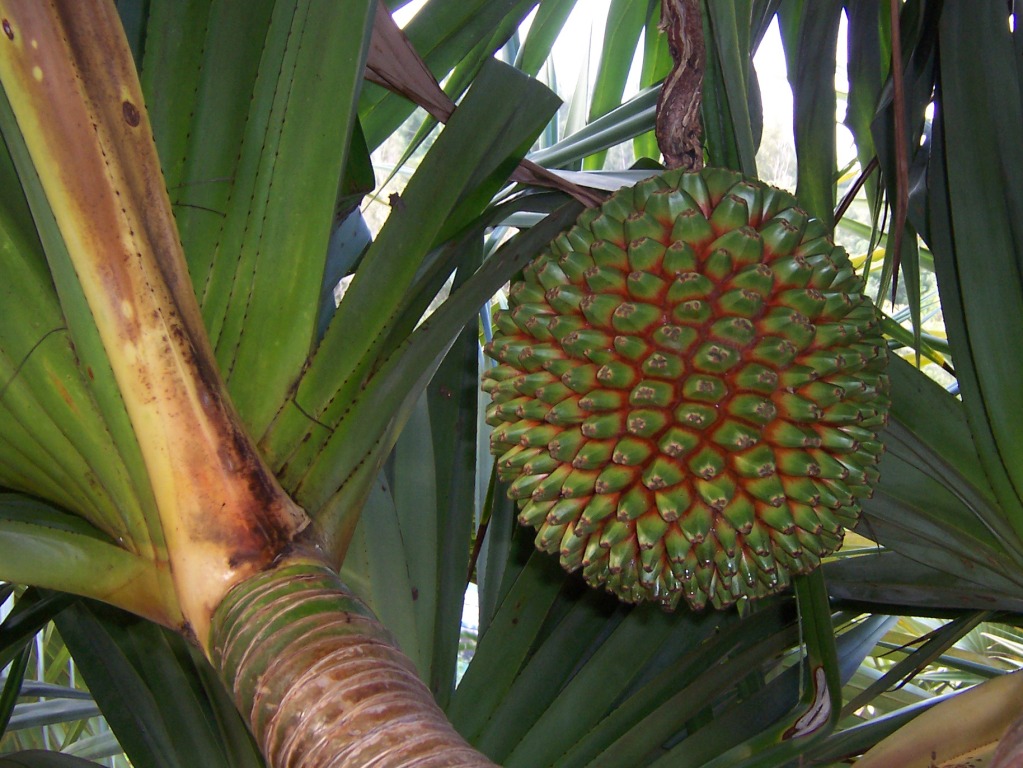