The William Rubin Kota, I nicknamed her Ruby, was in China last week – more specifically in Hong Kong. The preview was also accompanied by a lecture on the connection between the art from the Kota and Western Modern Art. Reaching to new audiences in the east, Christie’s clearly is doing an effort. The first two weeks of May, Ruby had already been on view at the Christie’s headquarters in New York. As you can see below, she was presented next to a painting by Mark Rothko from 1958: a pairing that worked very well. According to some it was the Kota that made the Rothko better, and not the other way around.

A nice surprise when walking to Christie’s was the fact that there were a lot of banners featuring Ruby on Fifth Avenue. See one below near Saint Patrick’s Cathedral. I loved seeing African art invade the public space, especially at such a busy spot in Manhattan. Kudos to Christie’s African art department for all the promotion. 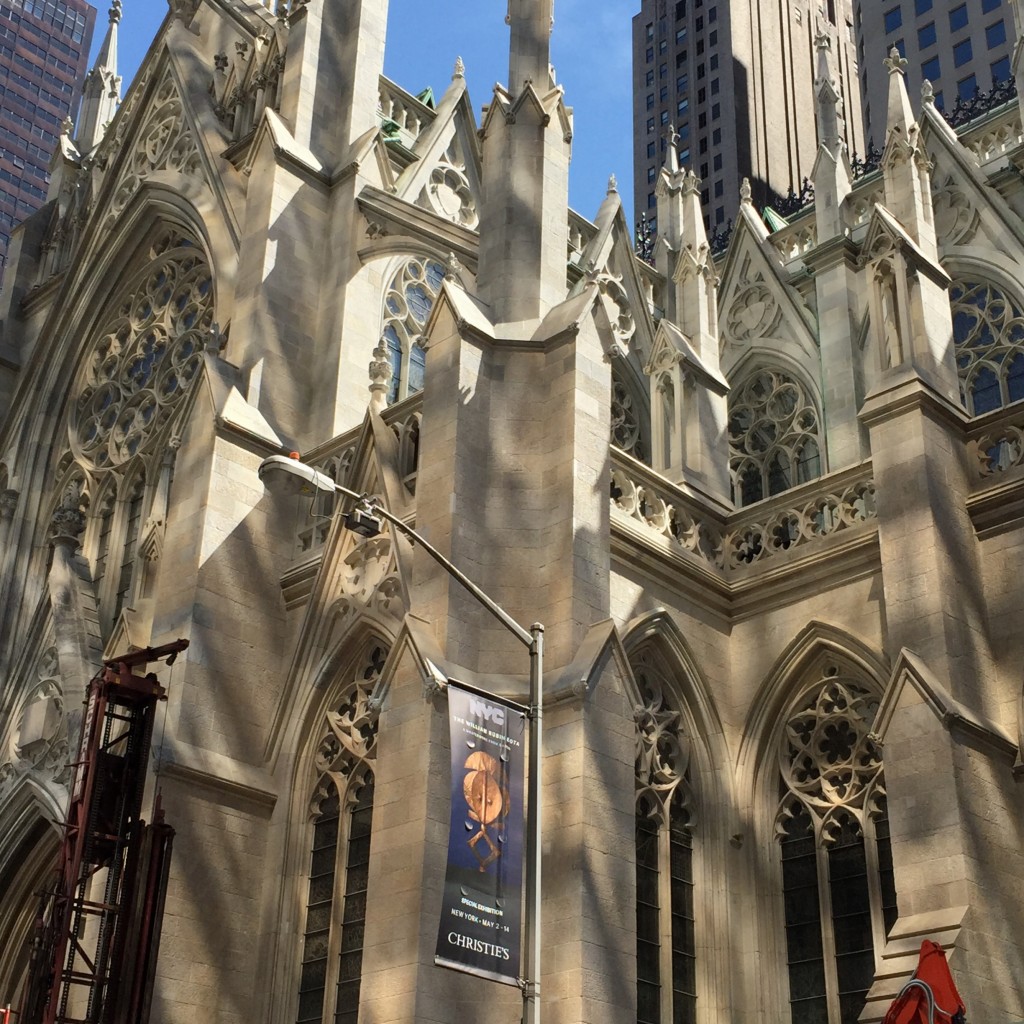 As one of the icons of African art, Ruby not surprisingly got her own 80-page catalogue; you can browse it here. It includes essays by Susan Kloman, Pierre Amrouche, Charles-Wesley Hourdé, Louis Perrois, Frederic Cloth and William Rubin himself. You can also view a short documentary about the Kota’s last owner, William Rubin, on the website of Christie’s here.

The next and final stop of Ruby is Paris, where she will be on view from 18 until 23 June 2015 (info). Ruby will be sold that last day, with an estimate of € 6-9 million – I have a feeling she might break the world record for most expensive African art object ever sold at auction…

1 reply on “Photo of the day: Ruby in Hong Kong”

[…] Kota (for only €16K) to surprise his wife). Personally I had expected more from Ruby (as stated here), as Christie’s had pushed out the boat with the marketing of its sale. Being flown around […]