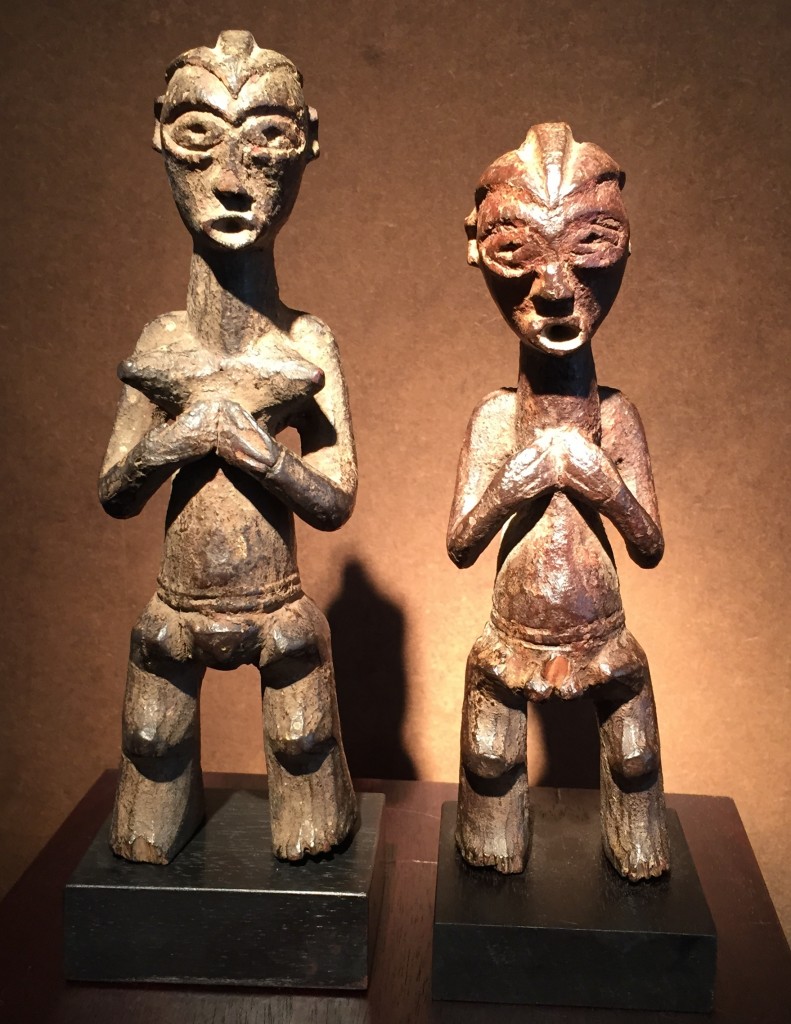 A nice story from BRUNEAF: Julien Flak was exhibiting a female Mbala figure (which he had recently bought at Sotheby’s – info), when a local private dealer remarked he possessed its male pendant. He went home to collect it and not long after the two figures were reunited after being separated for about half a century: the female figure had been in the US since the 1970s, while the male figure had left Congo much later. Note how the female figure is bigger than the male statue. Unfortunately the male figure had lost its penis. Julien Flak of course did not hesitate and was able to buy the figure. Of course we don’t know if the two figures in fact ever were used together (the patina does differ) – however, it is clear that they were made by the same sculptor. They did look happy to be together again.

ps during Parcours des Mondes 2013 I witnessed an even more important reunion, read all about it here. 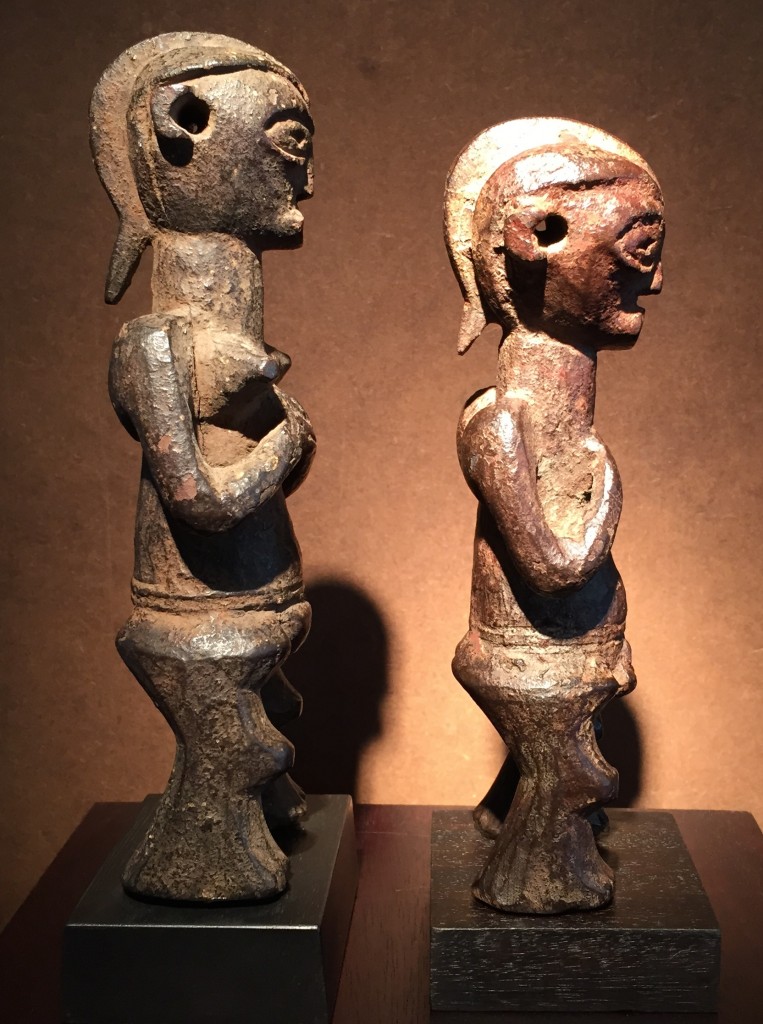 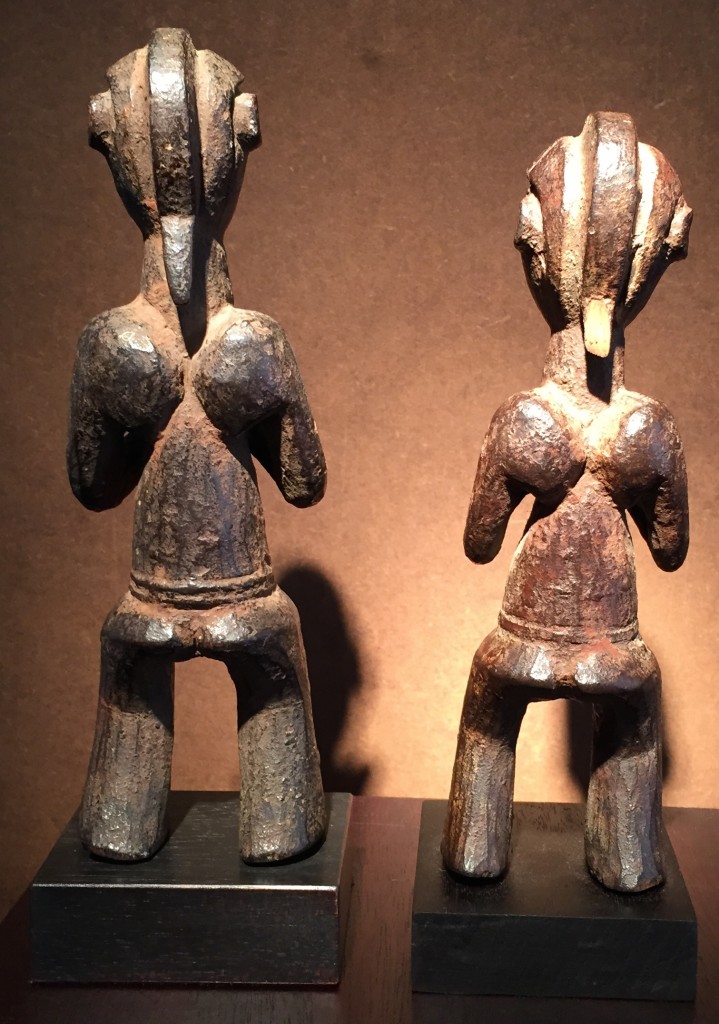