Last weekend, the Museum of Cultures – MUDEC opened its spaces with two exhibitions: “Worlds in Milan” and “Africa”. The museum, designed by the British architect David Chipperfield, is a joint venture with the city of Milan overseeing the museum’s permanent collection, whilst a private company is in control of the institution’s commercial enterprises, education programme and the organisation of two annual temporary exhibitions (read more about it in a previous blog post here). The Ethnographic Collections of the Municipality of Milan bring together more than 700 works of art, textiles, and tools from all continents; a collection that will be already on view to visitors in the storerooms of the MUDEC after the inauguration of the show thanks to guided tours. In the autumn, once the two first exhibitions are over, a selection from the collections will be set up in the exhibition halls of the museum. Read more about it here.

Africa – La Terra degli Spiriti is curated by Ezio Bassani, Lorenz Homberger, Gigi Pezzoli & Claudia Zevi, and shows more than 200 objects from various private and public collections; you can see 17 of them here. The press text:

“Africa. The land of the spirits” (27 March – 30 August 2015) is a monumental show dedicated to the art of Africa from Medieval times to the present. With more than 200 items a pathway is offered of works of the cultural and religious tradition of the African continent that runs alongside the masterpieces known to western culture for their aesthetic value, explaining the symbolism and the importance in daily life of the peoples of darkest Africa. Through the halls of the show it will also therefore be possible to discover that African art, wrongly defined as “primitive”, begins life in reality from an idea and formal traditions that are very precise, in a manner that is not very different from what occurs in the ateliers of western artists and the fact that the so-called savages produced art that could speak to the great masters of the avant-garde and so change the history of western art, and that African art had actually been known and sought after for centuries and formed part of the collections of the greatest European courts. The works on show are then re-read within the culture of Africa of life, death, respect for ancestors and divination, explaining that through artistic artefacts the spirits of the earth and the wind are questioned and it is sought to placate the ineffable demons that threaten the life of men and animals.

ps you can find snapshots of the exhibition installation searching with #mudec on Instagram here. 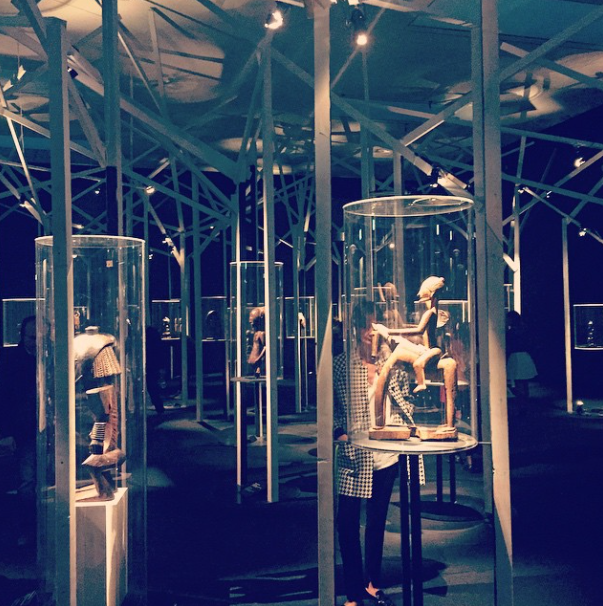 UPDATE: a short video review of Africa can be found here.

One reply on “MUDEC: a new museum showing African art in Milan”